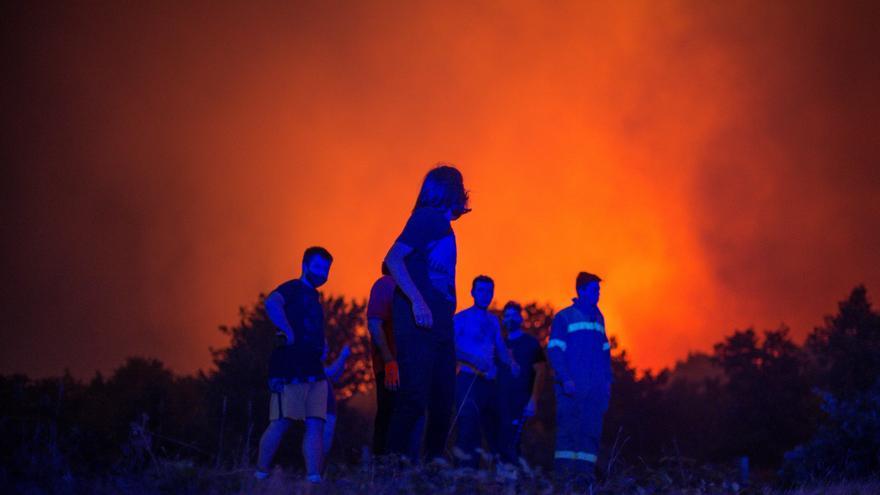 Spain already has its climate litigation underway. In the wake of the legal proceedings initiated in Germany or France and with the final judgment of last December that forced the Dutch Executive to increase its reduction in CO2 emissions, the Ecologists in Action, Greenpeace and Oxfam Intermón organizations intend to take the Spanish Government to the courts to claim “greater ambition” in the fight against the climate emergency. The three have filed an appeal before the Supreme Court considering that the Government’s tools against climate change: the Integrated Energy and Climate Plan and the Long-Term Strategy have not been presented on time and, furthermore, are not useful to comply with the Paris Agreement to which Spain acceded.

This action incorporates Spain to the list of environmental litigation such as those brought to Germany, France, New Zealand or Canada and comes nine months after the environmental movement obtained a great judicial victory in the Netherlands. In December 2019, the Dutch Supreme Court established that the Government of the central European country should reduce greenhouse gas emissions by 23%. The sentence came after four years and two executive appeals. It was a milestone. A month after that ruling, the Fridays for Future group denounced Angela Merkel’s German government before the Constitutional Court for “lack of ambition” against climate change. In March 2019, several French associations had sued the Executive of Emmanuel Macron for “inaction,” they said. Among them were also Greenpeace and Oxfam.

The truth is that Spain has accumulated a delay for years when drafting its plans against the climate emergency: Congress requested a specific law already in 2011. The electoral candidate Mariano Rajoy, after having completed a legislature in Moncloa without addressing this affair, he promised her in the 2015 campaign and then ran the ad around the Paris climate summits in 2015 and Marrakech in 2016. She raised it again in a meeting of climate finance in 2017. However, in April 2018 he still tried to put forward a bill so that the Ministry of Industry (led by Álvaro Nadal) could veto the closure of coal-fired power plants.

By May of that year, ehe Popular Party Executive had not provided legal support for the energy transition to decarbonize the economy. On June 1 of that year, the motion of censure of the socialist candidate, Pedro Sánchez, went ahead, thus becoming head of the Executive. There was no climate change law, no Energy Plan or Long-Term Strategy. However, “the efforts of the current Executive are insufficient” to compensate “the lack of action of previous governments,” consider these groups when deciding to go to court.

“There is only one way to avoid devastating climate change: drastically and rapidly reduce CO2 emissions and accelerate the ecological transition, which requires courageous political and judicial decisions,” reflects Mario Rodríguez, director of Greenpeace. Rodríguez admits that the current government “is moving in the right direction and it is true that it inherits the inaction and lack of commitment from previous governments, but that does not mean that it is enough. We have always said that it was going in the right direction, but also that ambition was lacking” .

The calculation of the ecologists is based on the fact that the State has not met the deadlines established in the European climate action regulation 2018 which marked specific dates for the submission of these two tools. For the Energy Plan (PNIEC), which covers until 2030, it was established “at the latest” on December 31, 2019 and for the Long-Term Strategy (which reaches 2050) on January 1, 2020. A draft of the PNIEC, which is currently being environmentally assessed, was sent to the European Commission in April 2019 and a review on March 31 2020 so the Government has understood that it complied with the regulation. The Strategy, for its part, is in the allegations phase (until September 30).

A decade to cut emissions in half

To these more formal aspects, the appeal adds that the plans drawn up in Spain do not comply with the 2015 Paris Agreement against climate change. The international text states The objective is to keep the Earth’s global warming “well below” 2ºC and to work to limit this increase to a maximum of 1.5ºC. Last year, the latest UN report indicated that, after years of ignoring warnings, the world should cut CO2 emissions in half in ten years to achieve that goal and fulfill the Agreement. As the objective that Spain assumes in its Plan for 2030 includes a 23% cut in greenhouse emissions compared to the 1990 level, Spain is doomed to non-compliance with the Paris Agreement that the Cortes ratified in November 2016. The Ministry of Ecological Transition has calculated that achieving this emission cut means eliminating a third of what Spain is currently releasing into the atmosphere.

The organizations have just exhausted the administrative procedure that they began on January 24 by submitting a claim to the Ministry. Now they go to the Supreme Court where, if their appeal is admitted for processing, the claim process will begin. “With this action we have found a way of access to the Supreme Court, a gateway for the magistrates to listen to us since the underlying objective is for the Government to increase ambition”, analyzes the Greenpeace lawyer, Lorena Ruiz-Huerta. Ruiz-Huerta explains that the formula that has been successful in the Netherlands of ascending through the courts to the highest rank “is very difficult to apply in Spain due to the differences in the judicial system. This is how we are going to try to convince the Supreme Court that the Paris Agreement is being breached ”.

In this sense, the coordinator of Ecologists in Action, Paco Segura, considers that now is the time to increase ambition in the climate plans that the Spanish Government must carry out: “We are in time to stop the debacle that will come if we do not stop the climate change”. A debacle, these organizations maintain, which especially affects the most vulnerable groups of people who “are the ones that pollute the least and those who have the least resources to adapt and mitigate its consequences,” says Franc Cortada, director of Oxfam Intermón, the third leg. of this climatic demand.