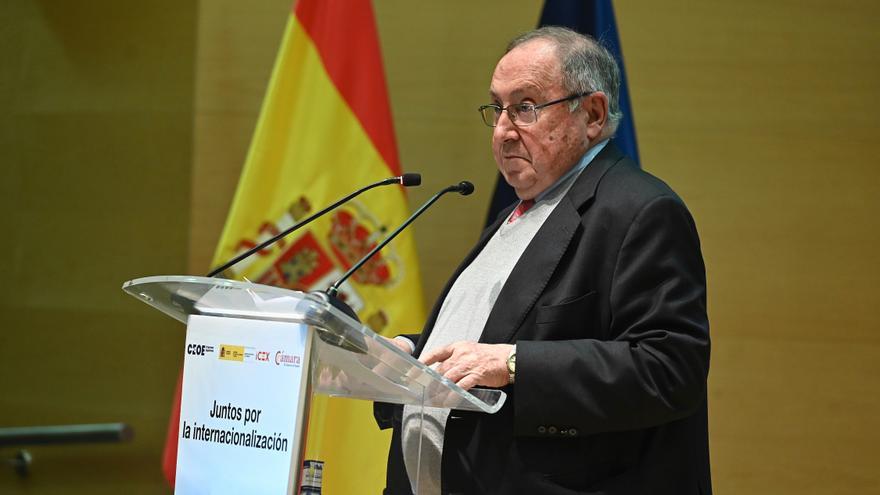 “Most employers are optimistic, but with growing concern about looming threats.” With this phrase José Luis Bonet, president of the Spanish Chamber of Commerce, has summarized a survey carried out by Sigma Dos among Spanish businessmen to find out the climate that exists among companies regarding the future of the economy. “There is optimism but at the same time concern”, has defended the president of Freixenet.

According to the survey published this Thursday, 86% of entrepreneurs consider that the costs of energy and raw materials will worsen slightly or a lot in the coming months. Almost half of those surveyed consider this issue to be the main problem they are currently facing in their activity.

The second of the issues that most concerns employers refers to labor costs. 62% consider that they will increase slightly or a lot in the medium term. The shortage of demand, supply problems or labor shortages are the other matters that the respondents place as the problems that are currently in their activity.

Bonet has focused on this last point during the presentation, in line with what other businessmen have been exposing in recent times about the problems they say they encounter in order to hire workers with the required profile. Six out of ten employers consulted by Sigma Dos have indicated that they have had problems regularly or sporadically when it comes to finding these job profiles. The survey points out that it is fundamentally about those workers in production, marketing and sales, and logistics, the fields where there are major problems.

“There is a mismatch between what the training companies demand from their workers and what they find, while unemployment is too high, especially youth. This will have to be fixed at some point,” Bonet said. The employer has assured that “an effort must be made” in the education and training of workers. “Digital skills are needed and it must be solved quickly. This happens through VET”, he emphasized.

Another of the problems exposed by Bonet and the survey refers to European funds. Almost 60% of companies acknowledge ignorance about this matter and how to access them. It is precisely the largest companies (with more than 250 employees) that show the greatest knowledge of this matter. Commercial and industrial companies are the ones that are most aware of how the aid works. Furthermore, only 27% of those surveyed say they know how these funds are accessed.

To this is added that more than half of the companies consulted by the report have indicated that the funds will only benefit large companies and SMEs will hardly be able to access them. This number is especially high among these small businesses. “I did not expect this, it is necessary to redouble the information and the sensitization”, has pointed out Bonet. “It is a fundamental issue, no company should be left out,” emphasized the Catalan businessman.