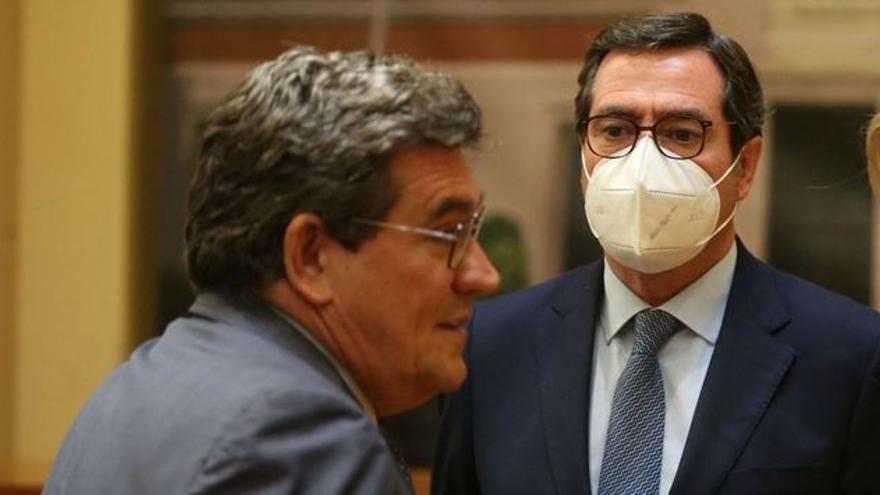 Entrepreneurs loosen from the negotiation of the intergenerational pension equity mechanism. The employers have rejected this Monday to join the agreement to contribute more for a decade with the aim of creating a “cushion” of income to guarantee the pensions of the generation of the baby boom. The Government will continue negotiating throughout this Monday with the unions, during the afternoon, they explain in CCOO and UGT. This November 15, the deadline for reaching a social agreement on this element ends, which will replace the sustainability factor of the PP pensions, which caused high cuts in future pensions. Above all, those of the youngest.

“The Executive Committee of CEOE today rejected the Government’s proposal in relation to the Intergenerational Equity Mechanism of pensions, which should replace the Sustainability Factor, considering that it is insufficient, that it does not guarantee the balance of the system and that it will need measures additional in the future to ensure its sustainability, “explains the employer in a statement released shortly before 2 pm.

This morning there was a tripartite meeting between the Ministry of Social Security, employers and the majority unions to negotiate this element. At the end, the businessmen have submitted the latest government proposal to an internal vote and have ruled out entering into an agreement. The unions will continue negotiating throughout the day to try to close a bilateral pact on the mechanism, union sources explain.

Both CEOE and Cepyme emphasize that “increasing social contributions and placing the greater burden on companies has negative effects on employment and goes in the opposite direction to what the public pension system needs. Growth in employment is the main guarantee of maintenance of the pension system “.

The proposal: trade more for a decade

The last proposal of the minister responsible for the pension reform, José Luis Escrivá, consisted of increasing the contribution of companies and workers during the next decade, from 2023 to 2032, by 0.6 percentage points. The Government wanted the additional amount to be distributed as follows: 0.4 points to be assumed by the companies and 0.2 points in charge of the workers. At present, the distribution of social contributions is thus asymmetrical, with more contribution from employers than from the employed person.