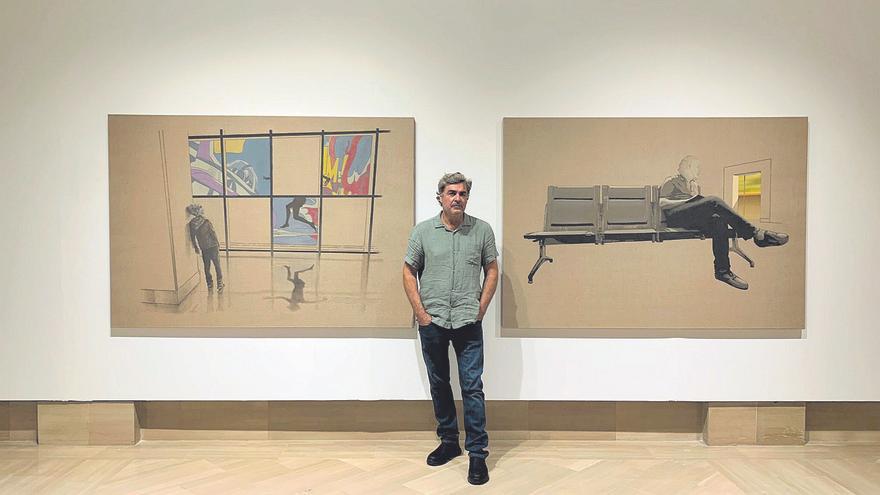 Large rooms, patios and hallways once inhabited and which, for the rest of history, will be flooded ruins. Places that were human habitat where memory dissolves between useless objects, plants, vehicles. A liquid world, in dangerous aqueous suspension, like the analysis of our cultures that has made Zgymunt Bauman famous, contrasted with the rocky solidity of the islands, their coasts, and their promontories. Encounter of opposites, a speech that the painter likes so much, from that already distant exhibition, Oxymoron. Gabriel Ortuño inaugurates Mundo Líquido-Mundo Sólido in Alicante, showing recent work and works from the last two decades. Not by mere chance, since Alicante was his father, and also a talented painter, but unknown. .