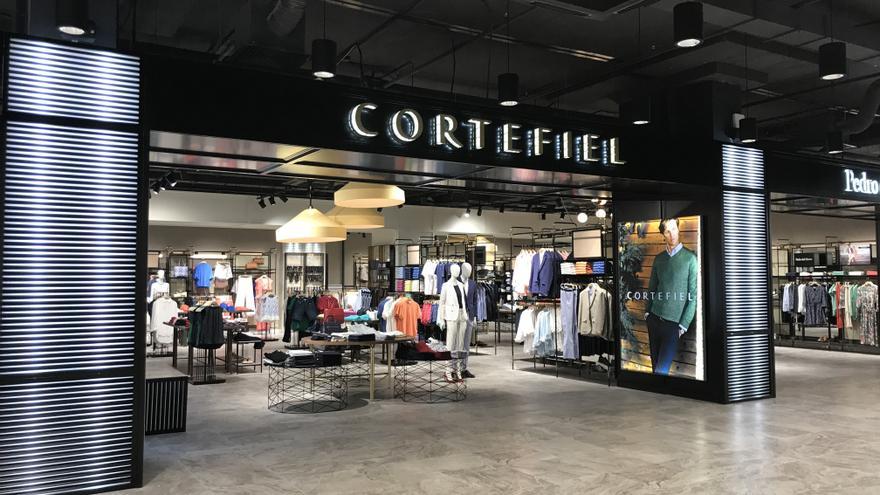 LaLiga has a new partner, venture capital giant CVC. This firm has agreed with the association that brings together the 42 main Spanish clubs to inject some 2,700 million euros into the sports business of football in Spain in exchange for a stake of about 10%.

The transaction, according to The New York Times, will be carried out through a company that does not include the commercialization of the audiovisual rights of the clubs, values ​​100% of the activity of Spanish football at more than 24,000 million, a figure that exceeds the capitalization of many Ibex 35 companies The agreement is going to suppose a ball of financial oxygen for the clubs, although it has the reluctance of Real Madrid, according to advanced this wednesday Financial times. CVC’s entry has received the approval of the LaLiga Delegate Commission, made up of the president of the employer, Javier Tebas, and 14 clubs, including neither FC Barcelona nor Real Madrid. Voting from the 42 clubs in both divisions is expected next week.

CVC entry has been announced after the failed Super League of the richest teams in Europe and it can alleviate the ravages of the pandemic in the Spanish soccer bubble. With teams like FC Barcelona in a delicate financial situation, many clubs They have been forced to ask for millionaire loans guaranteed by the State before the drastic fall in their income. The teams will also stop counting from next month with the sponsorships of the betting companies, prohibition that LaLiga has appealed in court.

Thanks to the agreement with CVC, the clubs will distribute 2,460 million in participating loans with 0% interest for 40 years. This will allow them to compute those funds in their net worth, and not as debt, to meet the requirements of the so-called fair play financial. In the case of Barça, the injection he will receive is estimated at around 250 million and will allow him to face the record of his great star, Messi.

Created in 1981, CVC defines itself on its website as “a world leader in private equity and credit”. It has $ 114.8 billion in assets under management, $ 162.7 billion in committed funds, and a global network of 24 offices: 16 in Europe and the Americas and eight in the Asia Pacific region. The firm, which recently negotiated an agreement similar to that of LaLiga with the Italian Serie A that did not come to fruition, has extensive experience in the world of sports.

CVC was the owner until 2016 of Formula 1 and until 2006, of the Spanish Dorna, organizer of MotoGP. He currently participates in the Six Nations, Premiership Rugby and Pro 14 rugby tournaments, and in the International Volleyball Federation. He has also negotiated his entry into the German Bundesliga and the NBA team San Antonio Spurs. And he has experience in the sports betting business: in 2015, he acquired a majority stake in the British Sky Betting & Gaming, which he sold in 2018; in 2016 it acquired Tipico, the leading German sports betting operator based in Malta; and that same year, the Italian Sisa. Recently there has been speculation about his interest in taking over the British William Hill.

With its entry into LaLiga, the firm reinforces its presence in Spain, which covers multiple sectors: from energy to nursing homes, private education, textiles and oil.

The firm began its activity in Spain in 1997 with the acquisition of the Bermármol marble quarry, which was followed by others such as Dorna (1998), the Torraspapel paper mill, the ITV company Itevelesa, the El Árbol supermarkets or the Colomer Group, among other The group, which between 2010 and 2015 was one of the main shareholders of the highway concessionaire Abertis, has its oldest investment in the textile group Tendam. It acquired the owner of Cortefiel in 2005 from the founding family along with two other funds, PAI and Permira. And he has been trying to sell it for years without success.

More recent is its commitment to energy through Naturgy, its largest investment in Spain. In 2018 it entered the third Spanish electricity company in alliance with the March family. They currently have 20.7% through a vehicle based in Luxembourg and controlled from Jersey, a very common scheme in the sector. This package makes them second shareholders of the energy company, after CaixaBank (which has announced that it wants to strengthen itself until it is close to 30%) and tied with another fund, GIP. A third fund, the Australian IFM, aims to acquire 17% through a partial takeover bid that the Government has just authorized with conditions.

CVC is also since 2017 the first shareholder (24.84%) of Exolum, the former CLH, owner of the Spanish network of oil pipelines that control several funds, and on whose generous dividend policy and high debt has recently warned the National Commission of Markets and Competition (CNMC).

The fund played a leading role in the process of concentration of the private healthcare sector in Spain as the former owner of the former Quirónsalud-Capio, which in 2016 sold to the German Fresenius for 5.76 billion in a record transaction in the history of this sector , with capital gains for the British fund that amounted to about 2,600 million.

A few months later, at the end of 2017, the group agreed to purchase the majority of the capital of the group of nursing homes Vitalia Home from the Spanish venture capital firm Portobello. And in March 2019 it broke into the private education sector in Spain with the acquisition of 60% of the Alfonso X El Sabio University for about 1,000 million, at one point of strong interest from venture capital firms in this sector.

Another of the businesses in which it operates in Spain is food. Since 2014 CVC has been the main shareholder of the Spanish oil company Deoleo, world leader in this sector, which in September 2015 appointed a brother of the head of the firm in Spain as a senior manager, until a few months ago, independent director of the Prisa Javier de Jaime group. Last month, CVC announced that it is negotiating to acquire its Panzani brand, its dry pasta, semolina, couscous and sauce business, from Spain’s Ebro Foods for 550 million.

Beyond Spain, CVC’s investments include, among many others, the American pet food company Petco, with 27,000 employees, or the Douglas perfumeries, which it bought in June 2015 for around 3,000 million from another venture capital firm , Advent, and whose sale he probed just before the outbreak of the pandemic.