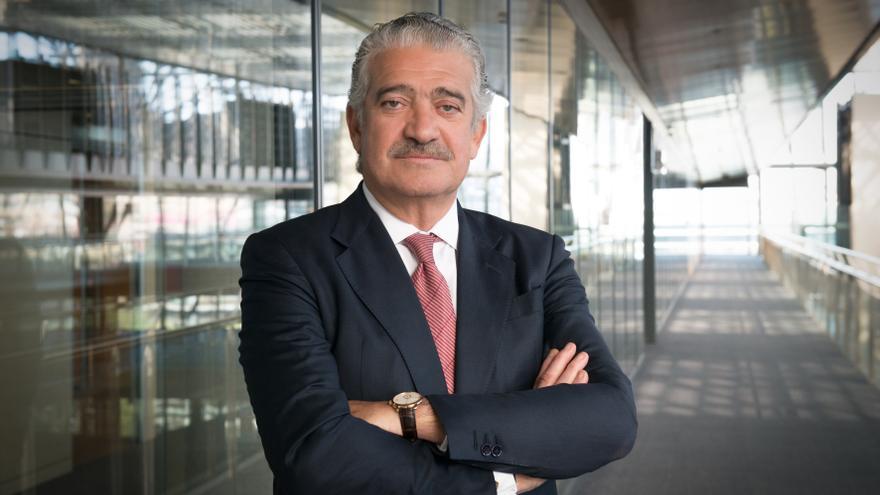 The CEO of Endesa, José Bogas, confirmed this Wednesday that the electricity company will attend the renewable energy auctions whose first call is finalized by the Government, “although I would selfishly prefer not to do so.” “We are going to attend,” said Bogas, after recalling that Endesa was not in favor of these calls because “like other vertically integrated incumbents we do not need auctions.”

In a meeting with the media at Endesa’s headquarters in Madrid, the executive recognized that it is “reasonable” for the Ministry for the Ecological Transition to launch these auctions because they will serve to “create competition”, facilitate the entry of other actors and “control” the rate of entry of new renewable generation. In his case, “we have a very stable customer base that allows us to build renewables” and cover their consumption, so he does not need these auctions, which he has asked that “they are not speculative in price” and have a mechanism of transfer to the wholesale market “that does not distort”.

Bogas explained that one of his bets to keep Endesa as the power company with the most customers in Spain is through what it has called “platformization”: offering the power company platform to “incorporate third parties who can offer their products.” In addition to selling flat rates for electricity and gas, Endesa wants to offer, thanks to artificial intelligence and the technological base it has developed in recent years, third-party services “in the form of packages, such as Netflix”, in exchange for a commission or fee: from insurance to medical services or home alarms.

The executive has defended that “in the Spanish electricity sector the competition is tremendous”, with “very good small and medium companies”, and “some” trying to sell their customer portfolios at very high prices; and the oil companies, which are being “aggressive in offering to their clients” and in their acquisition policy because “they have to carve out a niche” in the market.

Bogas has acknowledged that this year there has been a significant departure from domestic customers to the regulated rate for the first time in many years, because “rightly” they have seen that the fall in the price of the wholesale market has made this option even more attractive. Although he is confident that at the end of the year the balance in favor of those who go to the free market (more profitable for companies) will continue to be positive, with some 20,000 clients, compared to 200,000 in other years.

The head of Endesa has pointed out that the forecast for the Spanish economy provided for in the strategic plan presented a month ago by the electricity company, of 10% for this year, possibly falls short, and will possibly grow slightly less than 7.7% planned for 2021.

In total, the plan increases investments 25% to 7,900 million, an “important effort”, and postpones to 2023 the ebitda and the net result that it expected for 2022 due to the coronavirus crisis, which will translate into a loss of margins of about 500 million, of which 300 million are the result of the fall in electricity and gas prices and another 100 million, from the Catalan rate to nuclear rates “that we had not foreseen.”

The CEO of Endesa, who has not closed the door to make acquisitions as long as they do not destroy value, has said that “the rational thing” is not to stop the nuclear power now because they continue to have profitability, even if it is “very low”, but has insisted that “You have to fight with the ministry to lower some of the taxes” it supports. And regarding the European aid plan, he has shown himself in favor of promoting green hydrogen but without “rushing” and prioritizing projects that make sense because the subsidies that this energy vector will require will be “in the upper band” of the percentage of the total investment, around half of the disbursement.

Tags: auctions, Endesa, go to, government, I'd prefer, no, renewable, would do

The Amodio brothers will inject 37 million euros into OHL