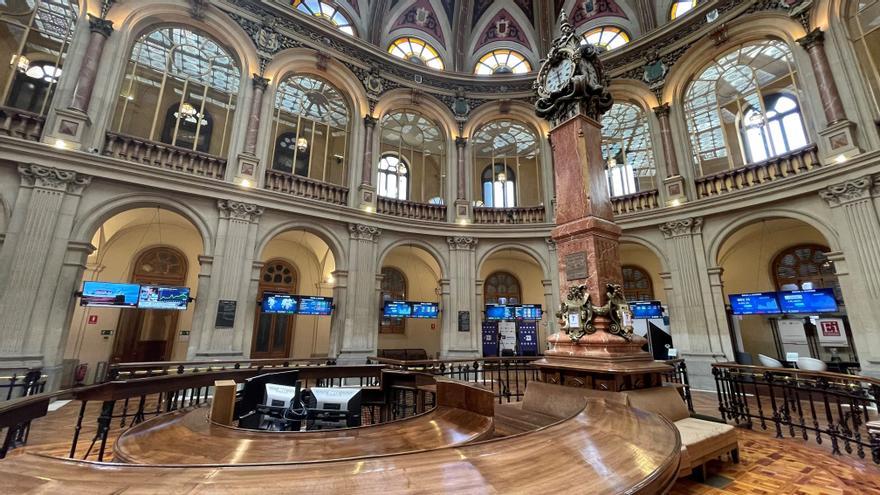 Endesa and Iberdrola have led this Monday the falls in the Ibex 35 due to the Government’s plan to lower the price of electricity bills. The price of both electricity companies has registered the largest decreases since 2020 on Monday and their joint capitalization has decreased at the close of the session by 3,418 million euros compared to the close of Friday, when it transpired that the Government prepares a draft law to tackle the so-called “benefits fallen from the sky” of hydroelectric and nuclear power plants and lower the cost of the receipt.

The government plan, on the eve of a major bill change, arrive with the receipt at the highest level since the storm Filomena in January. The worst hit company has been Endesa, which depends almost entirely on the Spanish market. The price of the Enel subsidiary closed with a drop of 5.7%, which leaves its market value at 23,610 million euros, compared to more than 25,000 million on Friday: 1,429 million less in one day.

For its part, Iberdrola, the national hydroelectric leader although less dependent on the business in Spain than Endesa, has for its part yielded 2.74%, with a total value of 70,568 million, compared to more than 72,500 million on Friday. Almost 2 billion less.

Acciona, which also has interests in hydroelectric generation, has also suffered after the split that followed the takeover bid that it launched 14 years ago on Endesa together with Enel. It has yielded 2.68% and has cut its value by 208 million compared to Friday, to 7,576 million.

While waiting to know the text of the preliminary draft, the Executive’s plan, which elDiario.es advanced on Friday, has caused concern in companies. Sources in the electricity sector assure that “measures of this type suppose an intervention in the market” that “puts at risk” the future of the National Integrated Energy and Climate Plan (PNIEC) and “could risk” the calendar of gradual closure of nuclear power plants. agreed with the Executive.

In the sector they point out that the proposal, which has a long parliamentary journey ahead, would affect non-CO2 emitting technologies, “which would be against the logic of encouraging this technology within the framework of the PNIEC.”

These sources add that “any proposal to put a ceiling on the remuneration of nuclear and hydroelectric plants would have to be approved in Brussels, where it will not be simple to justify the penalization of these” non-emitting technologies, since, they argue, “would introduce a limitation of their competitiveness “.

The Executive plans to take to the Council of Ministers, in principle this Tuesday, a draft bill to “reduce” the “over-remuneration” received by these two technologies, subtracting the price of the CO2 emission rights from the wholesale market price and allocating those income to the electricity system to lower the bill for consumers and companies. The Executive understands that with this it would comply with the agreements of the Government of the PSOE and United We Can

Carbon prices are at all-time highs and have made last month the most expensive May in history, with an increase in the bill of 44%, although it compares with the 2020 of the pandemic and confinement and a demand at minimum . Driven by CO2 and high natural gas prices, the pool is at unusually high levels for the month of June and the average price for 2021 is already 53 euros per megawatt hour, one of the highest in history.

Faced with this scenario, the Ministry for Ecological Transition prepares the “reduction of part of the carbon dividend to non-emitting plants prior to 2005 that sell energy on the market.” The proposal, which would fundamentally impact nuclear and hydroelectric plants, would not It would affect “no plant after 2005, nor those that have regulated remuneration, nor those that take part in auctions or any present or future investment initiative,” according to the ministry.

Ecological Transition affirms that the Executive is “concerned about the impact of the price of CO2 on the price of electricity and its possible consequences on the recovery of domestic and industrial economies.” A few weeks ago, the fourth vice president, Teresa Ribera, already advocated for “correct incorporation of CO2 signals without this diminishing our ability to recover. ”

“Even when only 9% of the electricity in the market is of fossil origin”, the marginalist system for the formation of wholesale electricity prices that Spain has implemented “by European regulations” makes “that this extra cost, of the technology that marks the price at all times, be paid equally to all non-emitting infra-marginal technologies ”, according to Ecological Transition. While the plants that burn natural gas to produce electricity do face the cost of carbon, nuclear and hydroelectric they do not, and hence this overpayment.

The Government recalls that a very similar mechanism was already in force between 2006 and 2009, which was validated by the Court of Justice of the European Union in October 2013. The proposal seeks to respect “the legitimate expectations of the investors who made their investment decisions. in non-emitting technologies after the entry into force of the European emission rights system (year 2005) ”.

This draft would go to the Council of Ministers in parallel to the referral to Congress, predictably next Tuesday, of the National Fund for the Sustainability of the Electricity System (FNSEE), already as a bill, which provides for the cost of electricity to be removed from the electricity tariff. premiums to the oldest renewables (7,000 million euros) and charge it to all energy marketers. This proposal has the closed applause of the electricity companies and the rejection of the oil and gas companies.