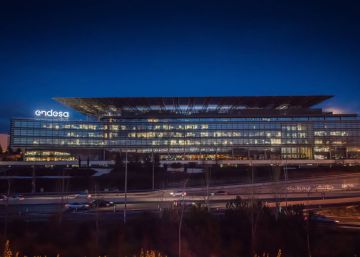 After 28 months of negotiation, the arbitration award made by former Minister Manuel Pimentel, Endesa is about to close the V collective agreement. According to the award, Endesa is committed to incorporating 1,000 new jobs in the next six years with measures that favor generational renewal. Currently, the electric company, controlled by the Italian Enel, has 9,000 active employees and 26,000 retirees.

The award, which states that the pension plan extends until the end of 2035, raises mandatory retirement once the requirements for access to ordinary retirement have been met. In parallel, a voluntary departures plan is approved for personnel who, having reached 50 years of age and have at least 25 years of contributions.

The award recognizes that a salary increase from 2020 of 1% per year for each year of validity of the agreement, with an additional increase of 0.5% in tables and between 0.5% and 2% variable depending on the gross results of the company. It also includes a payment of 270 euros per year based on these results and an annual payment of 3,188.88 euros. In addition, it will be paid from 2020 (to be paid in September) of 1,500 euros per year for active workers. In addition, a wage review clause is incorporated if the underlying CPI (that is, without fresh food or fuel) exceeds 1.5%.

This plan, which requires the joint acceptance of the company and the worker, involves the payment of between 60% and 80% of the salary depending on the time remaining to reach their retirement age, although the last five years will always be at 80%

It also includes, for the first time in the Endesa agreements, a study aid for all active workers, AVS (voluntary exit agreement) and early retirees, between 300 and 400 euros per child, depending on the school level. The workers also consider it a triumph to maintain the electricity supply bonus for two homes, both for assets and liabilities and AVS. Last October the company had decided to abolish the discount to passive workers after not reaching an agreement with the unions in the negotiation of the collective agreement.

It will be a bonus consumption of 6,000 kWh per year for the first dwelling, and bonus power term for both dwellings, taking into account the parameters established in the Agreement with the Tax Agency for the in-kind valuation (APV). This is 5.75 kWh power; Hourly discrimination (69% valley hours and 31% peak hours) and additional annual consumption for 3,000 kWh liabilities valued at 50% price as established in this APV agreement.

Endesa considers that the mere fact that the resolution of the arbitration award already exists “is very positive for all parties, as it will allow the collective agreement to be signed shortly”. “Thus ends a period of uncertainty for Endesa and now we can face the challenges posed by the energy transition in a clear and decisive way,” he adds. While UGT, which was the one who claimed the award, has stressed that it is waiting to sign, CC OO and the independent SIE have not clarified whether they will.