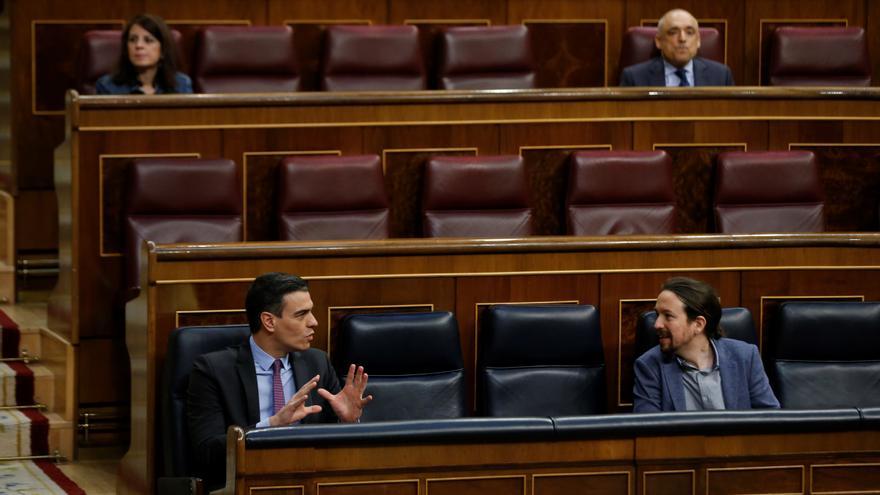 Four months remain until 2020 ends and the Government, beyond managing the pandemic, already has its legislative plans for the coming weeks clear. The Council of Ministers approved the Regulatory Plan for the coming weeks on Tuesday and the United We Can ministries have reported on their main milestones.

The Labor and Equality departments are the ones with the most activity. The ministry directed by Yolanda Díaz wants to launch the profound review of the labor market that its owner has proposed to carry out. For this, it will implement the law that should regulate the so-called riders, another to reform collective bargaining and the one that will regulate distance work.

The Ministry of Irene Montero, for its part, plans to definitively approve the preliminary draft of the only yes is yes. The administrative stoppage caused by the pandemic has lengthened the mandatory public hearing terms of the regulation, which is almost ready for the last preliminary step: the opinion of the Council of State. Then, after its approval in the Council of Ministers, it will pass to the parliamentary route.

The stoppage has allowed measures to be introduced in the project to stop sexual exploitation and trafficking in women, in a step towards the abolition of forced prostitution, as announced by the President of the Government, Pedro Sánchez, last Monday in an interview on TVE and this same Tuesday in the Senate. The idea is to persecute the sexual exploitation industry and end its impunity, according to Equality.

In addition, the Montero ministry plans to approve the LGTBI equality law and for non-discrimination based on sexual orientation, gender identity, gender expression or sexual characteristics; and, together with Labor, two royal decrees on remuneration transparency and equality plans.

The Ministry of Social Rights, whose head is Pablo Iglesias, will draw up the Animal Protection Law and, together with Labor, a Royal Decree with measures for the labor integration of people with limited intellectual capacity.

As for Consumption, led by Alberto Garzón, the royal decree that regulates gaming advertising will be definitively approved, with a tightening of the measures on which the minister announced at the beginning of the year. The department will also legislate on hygiene in the production and marketing of food products.

Finally, the Ministry of Universities will give the green light to the planned new Statute for Teaching and Research Staff (PDI). In addition, a 1954 decree that includes the Regulation of Academic Discipline of the Official Centers of Higher Education and Technical Education will be repealed.