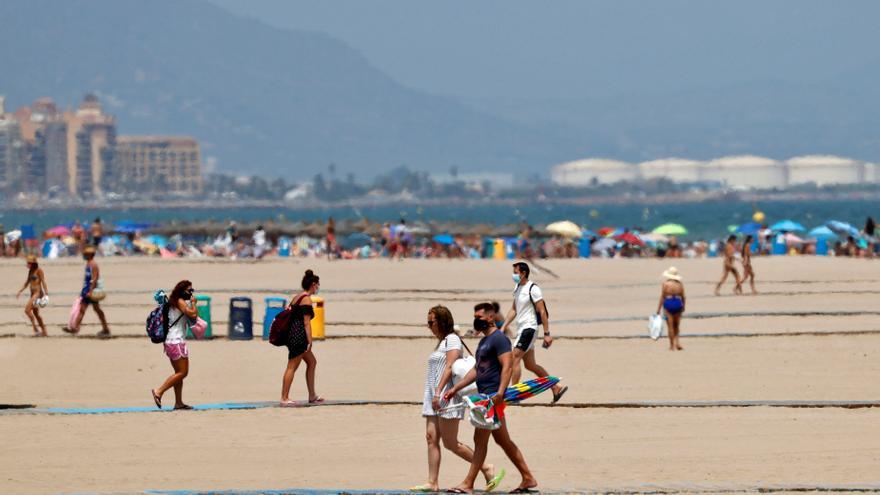 The recovery in employment continues strongly and the 19.6 million people affiliated with Social Security are already close to, according to the data published this Tuesday. July added an average of 91,451 workers compared to the previous month, which placed the total number of affiliated people at 19,591,728, which exceeds the 19.53 million in July 2019, the summer before the pandemic. Unemployment once again leaves good news: another historical decline for the third consecutive month, which exceeds those of May and June. Unemployed people enrolled in public employment offices fell by 197,841, “the largest drop in any month” in the series, highlights the Ministry of Labor.

The total number of unemployed people fell to 3,416,498, still well above the just three million in the summer before the coronavirus. However, the decline in unemployment is advancing at a good pace, with record falls in recent months, 5.5% per month in July.

The labor market persisted in its recovery last month despite the great escalation of coronavirus cases as a result of the latest wave of the virus in Spain, the fifth, which has forced restrictions to be tightened in several regions of the country. However, Spain has not only starred in the increase in infections in Europe but also has led the percentage of vaccinated population in the continent, an aspect of great importance for the evolution of the economy, as businessmen continually remember.

The average number of people working thus surpasses that of the last month of July before the pandemic, in 2019, something that had not happened to date. In May, the average level of affiliates prior to the outbreak of the virus was reached, in February 2020, a significant figure, but in two months that were not comparable. Now, the labor market exceeds the number of workers compared to the last comparable month without a pandemic, although still with almost 450,000 workers in ERTE and receiving aid for the self-employed due to this crisis.

On the other hand, the news expected by the Minister of Social Security, José Luis Escrivá, has not been produced: that the number of workers in seasonally adjusted terms, without taking into account seasonal fluctuations that affect the labor market, will be above of those registered before the pandemic. It reached 19,400,964 workers in July, after adding 133,049 members, below the 150,000 expected by the Government, which prevented the 19,479,814 affiliated people from beating in seasonally adjusted terms in February 2020.

Workers at ERTE were reduced by 116,439 people compared to June, reaching a total of 331,486 at the end of the month, the lowest level since the beginning of this crisis due to the pandemic. The data supposes “an acceleration of the exits of ERTE with respect to the data registered in the month of June”, emphasizes the Social Security.

More than 90% of the workers who came to be in ERTE in the most acute phase of the pandemic have already been activated, but there is a group of employees from the sectors most related to tourism for whom the employment hibernation tool continues being important. Of the 100 economic activities, two – Food and Beverage Services and Accommodation – account for 40% of the salaried persons protected in ERTE (78,015 and 55,443, respectively).

Although in general the number of employees in ERTE represents 2.2% of those affiliated with Social Security, some sectors still have high rates of use of the mechanism. The Travel Agencies and Tour Operators sector is the one that maintains the most workers under this protection instrument, almost 40% of the total of its affiliates, followed by Air Transport, with 22.40%, and Accommodation Services, with 16.30%.

It is noteworthy that more than 97,000 workers at ERTE, 30% of the total, are on partial suspension. In other words, although they are still affected by temporary employment regulation files, they are working part of their day and their companies are operating.