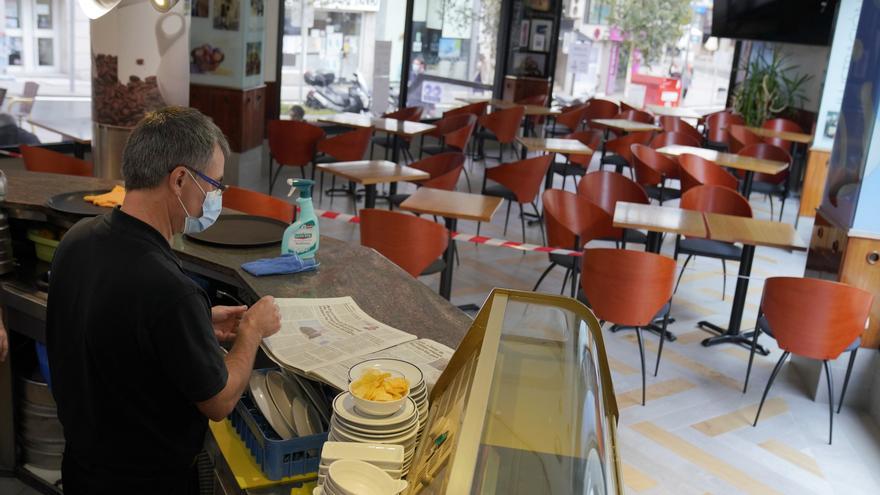 Employment grew by 569,600 workers (+ 3%) in the third quarter of the year, its highest quarterly increase in the entire historical series, and unemployment rose by 355,000 people between July and September, which is 10.5% more than in the previous quarter, according to data from the Active Population Survey (EPA) published this Tuesday by the National Institute of Statistics (INE). The total number of employed, people with a job, thus stands at 19,176,900 people and recovers a bit from the bump recorded in the second quarter of the year, while the volume of unemployed reaches a total of 3,722,900.

The increase in unemployment during the period from July to September is the highest since the first quarter of 2012, while the creation of employment in this period in which the de-escalation of the toughest measures against the pandemic took place set a record figure in the historical series and made it possible to recover more than half of the employment lost in the previous quarter. The unemployment rate climbed a little more than nine tenths in summer, to 16.3% compared to 15.3% in the second quarter, which is 2.3 percentage points more than a year earlier.

Summer is generally a good period for the labor market, in which employment is created –although for the most part temporary– thanks mainly to the boost from tourism and the hotel industry, and which is registering declines in unemployment. But, as has happened since the coronavirus broke out in Spain, the EPA data for this third quarter of the year are conditioned by the evolution of the pandemic.

After a second quarter in which more than a million jobs were destroyed, months in which very hard moments of the first wave of the pandemic were experienced, eyes were pending on the results of the EPA from July to September to continue evaluating the impact of the coronavirus on the job market. After the end of the state of alarm on June 21, the beginning of summer was able to regain some normality thanks to the decrease in infections, although it was interrupted by the rise in outbreaks from August, earlier than expected.

Trapero restores the leadership of the Mossos of 1-O