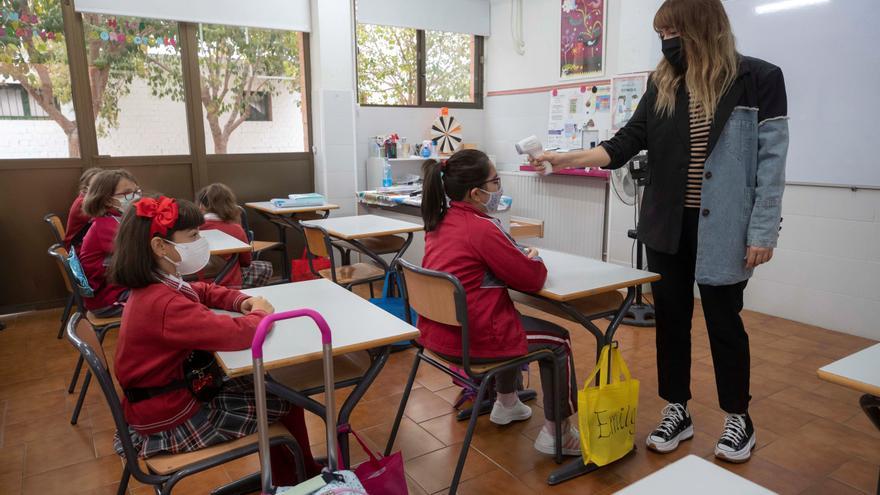 Employment increased by 113,974 workers affiliated with Social Security in October despite the scenario of coronavirus outbreaks and the increase in restrictive measures against the pandemic, which represents the sixth consecutive month of job recovery destroyed after the outbreak of COVID -19 in Spain. For its part, registered unemployment increased by 49,558 people enrolled in the public offices of the SEPE, “the second lowest increase this month in the last 13 years,” as the Ministry of Labor highlights this Wednesday. Thus, the total number of unemployed persons stands at 3,826,043 and that of workers affiliated to Social Security is close to 19 million, with 18,990,364 employed. For its part, the number of workers at ERTE fell by almost 130,000 people compared to September, with a total of some 600,000 people still included in these regulatory files at the end of October.

The recovery in employment continues, although there is still much to rebuild. Compared to March 12, before the pandemic broke out, there are 357,974 workers less affiliated with Social Security. The Ministry headed by José Luis Escrivá highlights that since April 30, when the lowest number of workers registered as a result of the health crisis, employment has increased by almost 600,000 workers (589,922 more affiliates), which is why they have recovered more than half of the affiliates that were lost during the worst moments of the pandemic. This recovery is more intense among men, with an increase in employment of 3.46% (338,637 affiliates) than among women (+ 2.92%, 251,285).

The employment data for October are conditioned by the pandemic, as has happened in the preceding months. October, in a context of normality, usually registers increases in the number of unemployed, with the end of the summer season (which especially affects the hospitality industry), although also growth in employment. The rise in membership comes mainly from the hand of Education, when the sector re-hires staff that it has dispensed with during the summer. The greater destruction of jobs, to avoid paying holidays at the end of the school year, registers in private education.

The boost in employment this October also comes from the hand of Education. It is the sector that contributes the most to the monthly increase in affiliates, with 135,032 workers more than the previous month in the General Regime, 16.27%. Membership in Artistic, Recreational and Entertainment Activities also grew, with 8,766 more members (3.94%), Public Administration and Defense, with 27,084 employed (2.44%), Construction, 10,488 (1.22%) and the Manufacturing Industry, with 6,826 more workers (0.37%).

On the other hand, Hospitality led the loss of workers, also as usual although with greater intensity this year, with 85,077 fewer affiliates, -7.10%. Last year, for example, the drop in employment in the Hotel Industry was -60,638 (-4.21%). Health and social services activities also reduce their number of workers, with 15,341 fewer affiliates (-0.92%) and Agriculture, Livestock and Fishing, with 2,453 fewer affiliates, which represents a fall in employment of 3.11% compared to September.

The Self-Employed Regime reached 3,265,369 average affiliates, after an increase in the month of 1,816 (0.06%) compared to September, “exceeding the figures recorded in February, before the pandemic”, highlights the Social Security.

If we look back a year, the system lost 439,628 affiliated workers. However, the Ministry of Social Security highlights that the interannual rate shows a job destruction of 2.26%, “an index that improves those of the most acute moments of the pandemic, when it reached -4.58%”. Another relevant data to check how the evolution of employment is going is the seasonally adjusted affiliation data for October, which corrected the calendar effect, which shows an increase in employment, although lower, of 45,365 more affiliates, an increase of 0.23% compared to September.

Another of the relevant data for the month is the number of temporary employment regulation files (ERTE) in force and the workers received, after the ERTE system was modified in October and given the current context of outbreaks. Despite the increase in restrictive measures against COVID-19 in many territories, the number of files decreased by 31,127 and a total of 129,559 employees left this tool, according to comparative figures for the last day of September and October . Employee reactivation is higher than last month, when 83,529 people left ERTE.