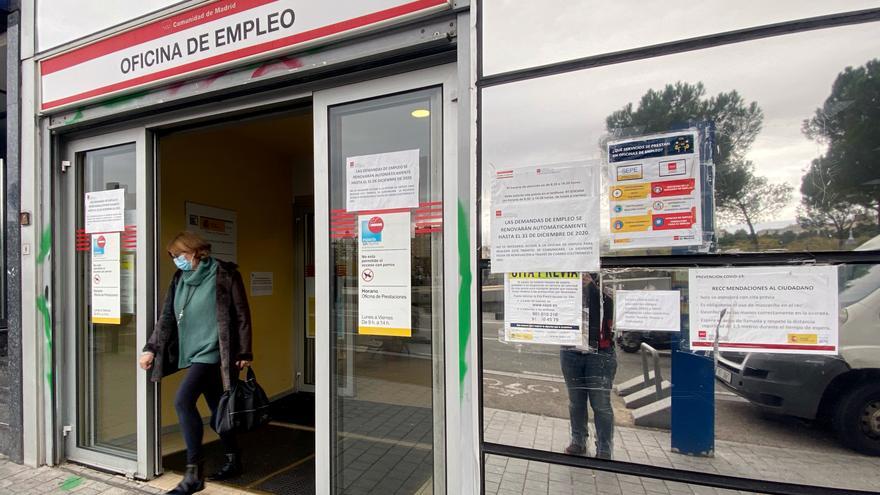 Last November, marked by the coronavirus pandemic, left an increase in the number of average workers affiliated with Social Security, of 31,638 people, and a rise in registered unemployment, with 25,269 people more targeted at public employment offices. November is usually, in a context of normality, a month of job loss, so that the monthly increase in membership represents the largest increase since 2006 and the barrier of 19 million workers is once again reached. Employment continues to recover, although there are still many jobs to rebuild: there are still 369,806 fewer workers than before COVID-19.

The figures published this Wednesday by the Ministry of Labor and Social Security include another highly anticipated data: the number of workers in ERTE, after the Government did not provide the data last October with the change of the ERTE system. After the outbreaks and the increase in restrictions due to the pandemic that have occurred in the last two months, the reduction of workers included in this mechanism of suspension or reduction of employment has slowed.

The number of workers in ERTE therefore increased to 746,900 people in November, according to Social Security, with an increase of 18,487 people compared to the end of October and 40,650 compared to September, although “the figure represents a reduction of 80 % compared to the highest point registered in the pandemic, corresponding to the month of April “, highlights the Ministry led by José Luis Escrivá.

The Ministry of Social Security highlights in its note the increase in employment in seasonally adjusted terms, which marginalizes elements of the seasonality of the labor market, for which the rise in affiliation is 107,505 workers, “double marked in the month previous”.

Although the number of workers increased in November, despite being a common month of job loss closely linked to the destruction of jobs in the hospitality industry, there are still many jobs to rebuild. If you take as a reference how the labor market was before the emergence of COVID-19, Social Security highlights that of the destruction of almost one million jobs (947,896) between March 12 and the end of April, A total of 578,090 members of Social Security have been recovered. In other words, there are still 369,806 fewer average affiliates than before the pandemic.

If we look at the employment that there was a year ago, to compare the two months of November, we observe that there are 354,877 fewer affiliates (-1.83%), without relevant differences by gender. Social Security highlights that “in June, the time of greatest drop in year-on-year affiliation after the impact of the pandemic, the rate marked a drop of 4.58%, which meant 893,360 fewer affiliates.”

It is noteworthy that the recovery in employment this November is marked by the push from the public sector. Education is the sector that most contributed to the monthly increase in affiliates, with an increase of 3.27% and 31,582 workers more than the previous month, followed by Public Administration and Defense; Mandatory Social Security, with 12,953 more employed (1.14%), and in Administrative Activities and Auxiliary Services, 12,984 (0.99%), among others.

On the contrary, the sectors that reduced employment the most in November were Hospitality, which registered 77,840 fewer affiliates (-6.99%), followed by Agriculture, Livestock and Fishing, with 2,345 fewer affiliates (-3.07%) .

Household employment, highly affected by the pandemic, recovered 2,880 affiliated people in November (+ 0.76%), so that the loss of workers – the vast majority are women – compared to November last year is 16,860 fewer employees (-4.24%). The groups of domestic employees are demanding that the Ministry of Labor approve an extension of the extraordinary unemployment benefit it created during the toughest months of the pandemic, which was not expanded as occurred with the protection by the ERTE or the aid to the self-employed and which leaves these workers unprotected, who today are the only ones who do not have the right to unemployment recognized.

Regarding the employment of the self-employed, it increased by 2,504 people (0.08%) affiliated on average to its specific Social Security regime, to a total of 3,267,873 self-employed workers.