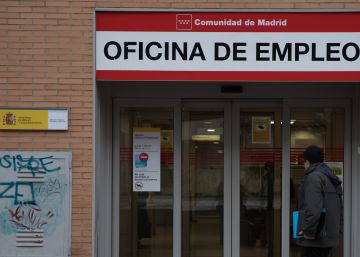 November is not usually a good month for employment. It is not always bad, but most years. This has been repeated in 2019, when Social Security has fallen by 53,515 members, the worst figure since 2013. Unemployment, meanwhile, increased by 20,525 unemployed and left the total data at 3,198,184 registered, according to the Ministry of Labor and Social Security.

In the labor retreat last month, the hospitality industry has played a decisive role. In the general regime alone, the reduction in this branch of activity decreased by 105,048 employees, who could not compensate for increases in education, in 26,723 employed, and commerce, in 15,222. The rise of the templates in the companies dedicated to this sector is related to the proximity of the Christmas campaign, which in recent years begins earlier with the introduction of dates marked for consumption in the last bars of the month as the black friday and the cybermonday.

The drop in affiliation keeps the tonic seen in recent months, figures worse than those of previous years. However, the background tonic is still positive. In the last 12 months, the increase in contributors with employment is 431,254 people and leaves the total figure at 19.38 million, 2.28% more.

That last percentage is the one that shows, on the one hand, that the deceleration continues and, on the other, that it does so very slowly. That 2.28% is just two hundredths less than in the previous month, which was unexpectedly better than expected. This, on the other hand, has been worse according to the forecasts of analysis houses such as Funcas. The service of studies and economic forecasts of the old houses expected a reduction in the affiliation of 31,439 people.

If the data is observed in a seasonally adjusted manner, that is, by eliminating from the data the effects that elements such as tourist seasons, agricultural campaigns or the beginning of the school year cause in the calendar, Social Security gained 30,610 members in November. Registered unemployment, however, did not turn around and continued to grow: 4,113 more people.

A striking element of the November data is that it seems that the large hiring figures month after month have reached a ceiling. In the first 11 months of the year, 20.7 million contracts have been signed, just 0.92% more than in the same period of the previous year. This, apparently, can be interpreted as a sign of cooling in hiring. What happens is that a labor market such as Spanish in which an average of almost two million work contracts are signed per month, this is more a symptom of job instability.

This cumulative increase is the lowest this year and is linked to the fall of November compared to the same month of the previous year. The reduction has come from the side of indefinite contracts.