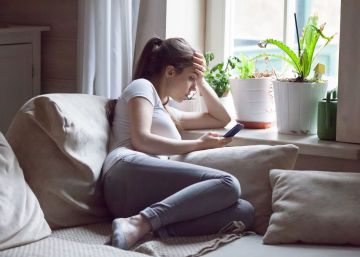 “I have been tested and I have tested positive for coronavirus.” This message, or a similar one, has disrupted the plans of many Spaniards this summer, who have had to quarantine during their vacations after learning that they had been in close contact with a person infected by the covid. Regardless of the impact it may have on tickets, accommodation or other contracts made for the summer period, isolation also has legal consequences in the workplace that not everyone is aware of.

So, the employee who has had to remain in quarantine during all or part of his vacation will have the right to recover those days later. And this regardless of whether such a situation was prior to the beginning of their rest period or occurs suddenly while it is developing. In other words, the time that the worker has been confined does not consume the portion corresponding to the vacations that the law grants to all workers.

This circumstance occurs as a result of the equating of contagion or preventive isolation to a temporary disability and, consequently, lead to sick leave. Thus, as established in article 38.3 of the Workers’ Statute, if the vacation period coincides with a medical leave, the employee may enjoy them “once his disability ends and provided that no more than 18 months have elapsed from the end of the year. in which they originated “.

Until 2012, legislation and jurisprudence interpreted that a worker could only later make up their vacations if they were on leave before starting them. However, that year, the Court of Justice of the European Union (CJEU) issued a ruling that modified this criterion by establishing that workers had the right to interrupt the enjoyment of their annual rest if, suddenly during those days, fell into a situation of temporary disability. Likewise, a reform of the Workers’ Statute was approved which, among other things, introduced the current wording of article 38.3.

How to process the request?

As detailed by Pere Vidal, labor lawyer and professor at the Open University of Catalonia (UOC), the law gives workers three days to send their company a copy of the termination report once it has been issued by the doctor (to count from the day of delivery). Does this mean that whoever has not completed this procedure on time loses the possibility of recovering the vacation? No. The lawyer explains that the failure to send such a document may expose the employee to a sanction from the company, but it does not eliminate his right to modify the rest period.

In any case, he emphasizes, this situation is typified in many agreements as a minor offense that could lead to a written warning, but never be punished by leaving the affected person without vacation. “A higher sanction could be imposed if it had been reported or if there is a known policy that the withdrawal parts must be delivered immediately,” he asserts. Or also if the employee persists in his refusal not to send such documentation, thus including a disobedience.

From there, once the cancellation has been notified, the new period of enjoyment of the vacation will be set following the usual procedure; that is, by common agreement between the employer and the worker according to the requirements established by the collective agreement and within the following 18 months at the end of the year in which they accrued. In the event of a disagreement, the social courts will determine when the employee should enjoy his break.