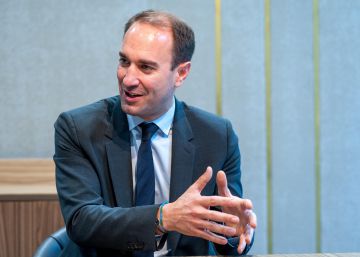 Observe with optimism the economic and stock market situation in Europe but without losing caution and waiting for, finally, the expected trade agreement between the United States and China to materialize. With the wind in favor of the reduction of tensions between the two great economic powers, the head of European equities of Barclays believes that the European Stock Exchange can do better than the US next year.

Stock exchanges accumulate significant increases in the year. Do you think investors have gone too far ahead of a trade agreement between the US and China?

We see some positive signs, but the indicators of the last 12 months are weak, the stabilization and improvement of the macro has yet to be confirmed. The two major sources of political uncertainty are the commercial war and Brexit. We believe that there is room for the US and China to reach an agreement and the risk of a hard Brexit has dropped a lot. But we still have no confirmation of agreement between the US and China and in Britain there are elections this December.

How do you position yourself? Is it worth taking more risk?

In the last two months we have been adding risk, especially in banks. We now have a more balanced portfolio, we have reduced defensive values ​​and added cyclics. But we don't want to overexpose ourselves to risk, only with values ​​that have become very cheap and are a good option for the macro. The next step would be to add more risk, but first we have to see an economic improvement. We still have to wait.

Do you like banks or are they a punctual bet?

We do not invest in banks, we operate tactically with them. For the bank to consolidate its profits we must see economic improvements, better regulation, also a consolidation process, so that it is more profitable and attracts investors. Entities do not have incentives to lend because they do not earn money. If central banks stop lowering rates, the sentiment towards banking can improve. We can also see fiscal stimuli that incentivize the economy. Lagarde may favor greater coordination between the ECB and the governments of the euro zone. Although our vision of the sector is more tactical than strategic.

"The risks can go to the US in 2020, especially politicians. There may be a rotation towards the European Stock Exchange."

Do you think a correction like December 2018 is possible if trade expectations are not confirmed?

The short-term risk is that the market will be disappointed after the sharp increases, that is there. But if we compare the current moment with that of a year ago, at the end of 2018 the economic indicators were very weak. The starting point was very low. And a year ago the risk exposure was also very high, after a positive 2017. Much of the negativity of the final stretch of last year came from the Fed's rate hikes, the market feared it was making a mistake. And now we have much more visibility over central banks. The macro is not fantastic, but central banks are determined to give their support.

How do you see European equities facing 2020?

I would say that if the European economy improves and the risks are reduced in the next year, the European Stock Exchange is a cheap option with which to bet on the normalization of the economy. The US Stock Exchange will perform well next year, but there are already many investors positioned there. And the risks can go to the United States, especially politicians. There are presidential elections in 2020, there is the impeachment, we must know who the Democratic candidates are … There may be a rotation of investors from the US stock market to the European stock market next year.

And Spain? Are you worried that the PSOE will form a coalition government with Podemos?

I don't see many nerves regarding the political situation in Spain, it will be relatively good. Whether a coalition government of left or right, will have a touch of center. We do not see that the extreme parties are the ones that are going to make the policies in Spain, as we have seen in the United Kingdom or Italy. There is no anti-European feeling. It is true that Catalonia is a risk that could rekindle certain fears, but we do not expect a significant change in Spanish economic policy.

With the current uncertainty, can Spanish financial assets be penalized?

Spain is not expected to have a radical or anti-European government agenda, political measures can be very central. I do not see that attention is placed on Spain to a greater extent than on another European country. People were negative with Italy for a long period of time and Spain benefited last year from the aversion to that country, and now there may be a return on investment to the Italian market. But I don't think there are reasons to get nervous with Spain. Europe is still politically fragile, but I don't feel worried about Spain.