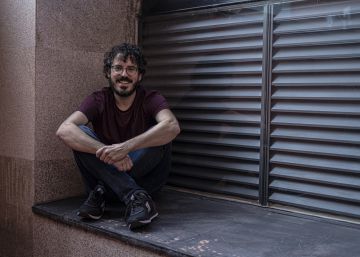 A dacha in the Gulf, a first-person account about Bahrain by Spanish journalist and editor Emilio Sánchez Mediavilla, has won the first edition of the Sergio González Rodríguez Chronicle Anagram Award, endowed with 10,000 euros ($ 11,000). The vitality of prose, a strange look but without prejudice and a fine and delicate sense of humor were the ingredients highlighted by the jury during the award ruling this Tuesday at the Guadalajara International Book Fair (FIL).

“When reading the manuscript I felt what it always feels like a good chronicle. An interest in something that I don't really care about a horn, ”he explained Leila Guerriero, one of the members of the jury. Mediavilla (Santander, 1979) lived almost two years in Bahrain, because his wife was assigned there for work between 2014-2016. "It is a particularly unknown country," said the author at the end of the presentation, "because it is a small island, the size of Menorca, in the middle of the Persian Gulf, but of great geostrategic value because of its location between Saudi Arabia and Iran."

A kind of Arabian Nights postmodern, as defined Juan Villoro, another juror. "That mix of millionaire businesses attracts a lot of people who go there to be someone else, a bit like Las Vegas." Many of those lives, Asian workers, Western expatriates, young opponents, are the ones that pay attention to the book, which will be published in March, coinciding with the book fair of the Autonomous University of Nuevo León, another of the organizers of the award and headquarters of the Anagrama Chair.

Bahrain occupies one of the last positions in the international press freedom lists. Mediavilla, with a career as a journalist at the EFE Agency or Condé Nast, as well as co-founder of the nonfiction publisher, K.O books., also did not follow the usual methodology of the classic reporter. “I never identified myself as a journalist nor did I have much access to people retaliated or scared with jail. The inability to do a journalistic work to use forced me to concentrate on the tone and point of view to tell the country through the stories of anonymous people. ”

Guerriero stressed about the estrangement from which the chronicle is narrated that “it is the gaze of the Western before the other but without a moral imperative. There are no prejudices in his eyes. ” Rushing over exotic and orientalist biases was one of the risks that the author tried to avoid at all costs: “And that possible arrogance that can sometimes be had for example when dealing with issues such as religion, which produces a very strong cultural shock and it's easy to fall into the extreme cartoon. ”

Starting from his years on the ground, Mediavilla rewinds until he reaches the protests of 2011, known as the Arab Spring. “I wanted to create a familiar atmosphere with the characters so that the reader could feel more identified. The protests had massive popular support until they were repressed by the government and the Saudi tanks. ” At that point, the author takes distance from the first person narrative in an attempt to “compose a puzzle in the traditional sense. "

For Villoro, the book “is a tapestry collection that draws a place many times more firm and solid than the one that can be achieved by approaching the reality that reporterism usually conducts that interviews politicians and leaders institutional ”.

“They didn’t take us seriously until Madison Square Garden”