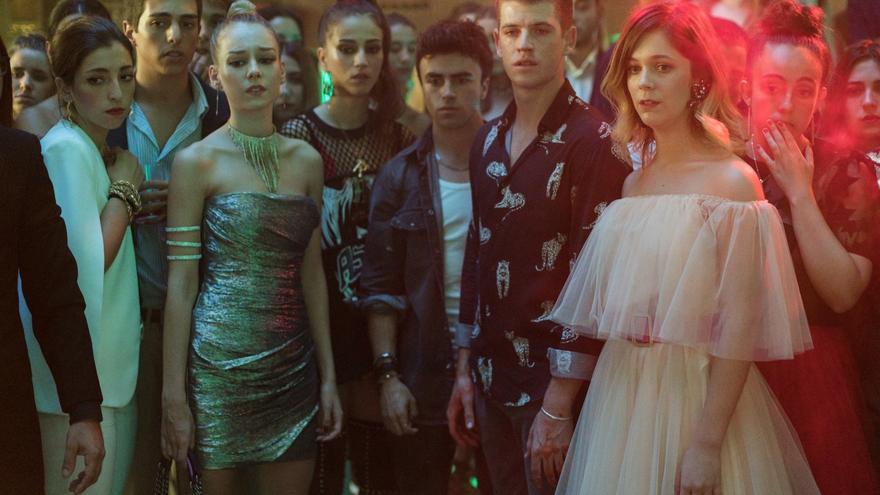 Madrid, Aug 9 (EFE) .- The universe of the “Las Encinas” school has made Elite one of the series that has most seduced the audience, in which the costumes, according to its director Cristina Rodríguez “without prejudice and involved in cellophane paper “, plays a special role and becomes a springboard for emerging brands made in Spain.

“In series and cinema we are used to history dominating aesthetics, but with aesthetics we also tell stories, and this is something that people today are very interested in,” Cristina Rodríguez explains to Efe in an interview, Elite costume director on the series’ costumes, as acclaimed as the plot itself.

For the six-time nominee for the Goya Awards for the best costume design Cristina Rodríguez (Benidorm, 1969), the definition that comes closest to portraying the costumes of the Elite series is “wrapped in cellophane paper”. A product that makes its debut in Spain by presenting a wardrobe that treasures as much importance as the plot, something “unusual”.

The stylist explains that the series “uses codes that have not been made before in Spain”, something that she compares on an aesthetic level with the American series Sex in New York. “One of the most interesting things about Sex in New York is its packaging, because it distinguishes it. The aesthetic becomes as important as the plot, and that is sometimes difficult to assume,” he remarks.

“On the screens sometimes we have complexes when portraying the upper class. We are afraid that the viewer does not identify themselves”, points out the stylist, who highlights the need to evolve in this aspect, something that she affirms is possible when the story “is well raised and told “, as he considers to be the case of Elite.

To make the costumes for the fiction, he claims to have had no “complexes or prejudices” when configuring the aesthetics of the different characters of this social class. “When you have prejudices, you are not a good creator,” he adds, insisting on evolving to other types of codes in which aesthetics take center stage without going unnoticed.

“Today’s viewers live in the world of social networks, where everything is much more aspirational,” he points out about the elaborate and ostentatious styles of the characters, positioning Elite as a fiction “that shows what we would have liked to be or do, something interesting that differentiates the series from others “.

From the same creators as the series from the late nineties “When Out of Class”, Elite shares this same plot of adolescents and their day-to-day life at an institute, but it differs precisely in that aspirational component. “While” Out of Class “was naturalistic and easily identifiable, Elite is yearning.”

Lavish and meticulous styles thus present garments from large luxury firms such as Yves Saint Laurent that coexist with emerging Spanish firms such as Rubén Galarreta, Mnlo Shop, 404 Studio or Lovely Disgraze, many of them debutants in the space for young creators of the week of Madrid fashion.

“We have done a search for firms all over the world, from Canada to Croatia or Australia,” says Rodríguez about the search process for garments for clothing, which also includes consolidated Spanish firms such as Pronovias, Pertegaz or Yolancris.

“The creators who are starting have an explosion of creativity and do crazy things, the same things that we want to do, that is why they are the designers who have fitted us the most,” he points out about these emerging firms that, unlike the established ones, “are in a moment in which they risk for the creativity in front of the sales “, indicates.

The stylist and her team of ten people came to these firms “doing a lot of research” on the Internet, and once they were located they opted for them without hesitation. “It did not matter to us where they were or the followers they had in networks.

The secret of the styles lies in a balance that the creator conforms from different garments. “We also use Inditex, and basic garments of 30 euros that we complement with accessories of 500, wrapping pieces that are not expensive in luxury,” he says about a preparation process that he says generally lasts a minimum of eight weeks.

As the series generates new seasons, popularity for it and its wardrobe also grows, something that does not intimidate Rodríguez. “It is easier for me to go to more than to less. For me more is always little, and I am fed up with less is more,” he adds about a job that he defines as “totally vocational.” “The series are like children, if we do it wrong it hurts our hearts.”