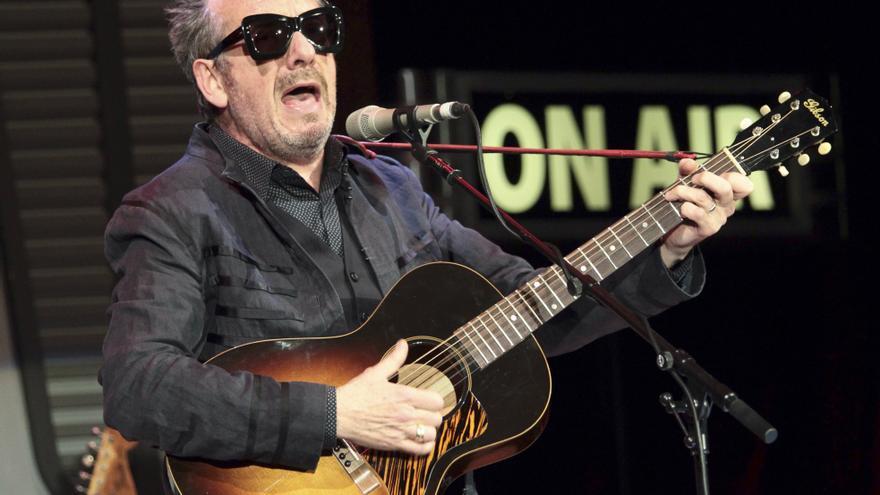 Los Angeles (USA), Jul 15 (EFE) .- Elvis Costello announced this Thursday “Spanish Model”, a Spanish version of his emblematic album “This Year’s Model” (1978) for which he has had a group stellar of Hispanic musicians.

Thus, Juanes took over the song “Pump It Up”, which was presented today as the first preview of “Spanish Model”.

The album also includes Fito Páez with “Radio, Radio”, Cami leading “This Year’s Girl” (now “La chica de hoy”) or Luis Fonsi addressing “You Belong to Me” (with the name “Tú eres for me”).

“Part of the fun of this project is its unexpected nature,” Costello said in a statement.

“Although I think the people in my audience who have been paying attention are already quite used to surprises,” he joked.

Although the original idea for “Spanish Model” came from Costello, the other great person in charge of “Spanish Model” is Sebastián Krys, a famous and prestigious producer who has worked with a multitude of Latin figures and who is a frequent collaborator of the British.

“Spanish Model”, which will be released on September 10, preserves the original music from the album that Costello signed with The Attractions.

But on that basis, Krys has made new mixes and has incorporated the voices of the Latin artists who have joined this project.

Krys felt that the language barrier was a problem for Costello to enter the Hispanic community more strongly.

“The ‘feedback’ (from Hispanic artists) that I heard most often was: ‘I love it. I wish I knew what he’s saying.’ ‘Spanish Model’ is an opportunity to hook a part of the world to this great album and, through these voices, bring out those ideas. Lyrically, ‘This Year’s Model’ is still relevant today: what the songs have to say and how they say it, “he developed.

In this sense, Costello reflected on the themes that articulate “This Year’s Model”.

“This album is about desire and how it relates to love, fashion and the male gaze towards women and control, especially political control over all of us,” he added.

“I don’t think there is anything that someone in another language wouldn’t have come across. Some of the lyrics may be a bit dark because I use peculiar English idioms, but I constantly fall in love with records in other languages ​​that I don’t even know. one or two words of courtesy. What you respond to is humanity, pride, pain, celebration, “he said.

Krys worked with Elsten Torres and Ximena Muñoz to adapt these songs into Spanish, translations that received the applause of the artists involved.

In this way, Luis Fonsi said that his “You are for me” sounded natural and had the same energy as “You Belong to Me”, while La Marisoul stated that “Detonantes” (“Little Triggers” originally) had “a translation beautifull.