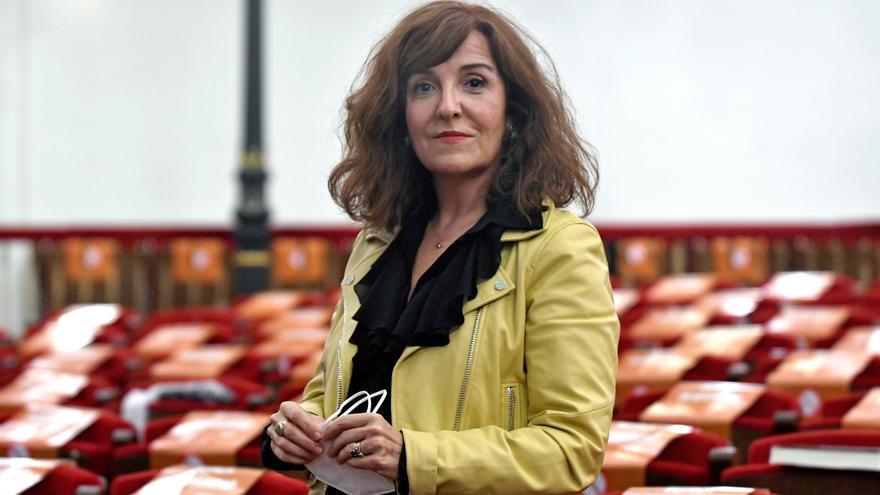 Miami, Feb 18 (EFE) .- The Spanish narrator Elvira Lindo said this Thursday that her return to the novel with “A Corazón Abierto” (2020) investigates who her parents were in order to X-ray a “little known” generation, discover their ” epic “everyday in front of the” generation of the I, the one of the writer.

Lindo (Cádiz, 1962), in a conversation through a “streaming” offered by the website of the Miami International Book Fair, pointed out that “very little has been said” about the generation of his parents, the 39 , that of the postwar period, a generation that silenced its fears and illuminated only its “achievements”.

“My generation broke with that of our parents, opened up to customs of all kinds, sexual and cultural, and we were convinced of our role,” said Lindo, to confess that, “only after maturing”, “we see their lives” and the “epic they had and we hadn’t noticed.”

THE GENERATION OF THE SELF VERSUS THAT OF THE POST-WAR

“We are the generation of me. And they (the men and women of that time) lacked all that verbiage” that we have abused, said the writer, whose most recent novel, edited by Seix Barral, was recognized as the best of the year 2020 by the booksellers of Madrid.

Starting from an episode that occurred in Madrid in 1939, the narrator of this story tells the passionate and stormy relationship of her parents, but without entering into judgment, feeling “accompanied all the time by them, by their presence” in the construction of the novel .

“It was something magical. In my investigation of who my parents were, why they were the way they were, I felt very accompanied by them and at ease, seeing everything in the present tense,” explains the journalist, who stressed that the novel is not at all an exercise in nostalgia.

“I write to understand”, he underlines in the conversation with Elena Ramírez, editor.

DO NOT JUDGE ANOTHER AGE WITH YOUR EYES FROM NOW

From the extreme gaze of Cute girl or adolescent, the writer observes reality and transforms every flash of memory into fiction, until she turns her parents into literary characters to approach them “without judging them with your current eyes.”

“I am not here to point out the defects of my parents, but to be there and see how they act, being a couple like those of their time,” he warns, to add that there are “many unanswered questions, broken conversations”, in the case of her mother for her early death when the writer was a teenager.

He noted that daring to tell a family story is always “complicated, a difficult and swampy terrain”, so you have to be very clear about what you want to tell.

In his case, the genesis of “Open heart” is found in a desire from years ago: to write something about his father, who died in 2013, a “peculiar character and prone to extravagance.”

Lindo recognizes that his rebellious and not very docile character in his adolescence and early youth would have caused him more than one conflict with his mother had he lived through this, but that the process of writing the novel was like a kind of “possession”.

POSSESSED BY THE VOICE OF THE GIRL WHO WAS

“I felt a kind of possession for the girl who makes the story at 9 or 15 years old. The girl that I was and narrates the life that my parents have. I was fascinated by that voice. I had fun entering that voice and understanding myself in that age, “he says.

Essential for the construction of this novel was the harsh anecdote that his father repeatedly told at home: how he was sent from Huelva to Madrid at the age of 9 by his mother, where he was welcomed by a tyrant aunt whom the boy put the nickname “The Beast”.

How that child, lacking all affection, stood in line at the Social Help, during the post-war period, to collect the food they were given and warm his stomach a little. Until one day that “brave and intrepid” boy plans to leave. “And he goes”, without warning, to look for some uncles who lived in Aranjuez.