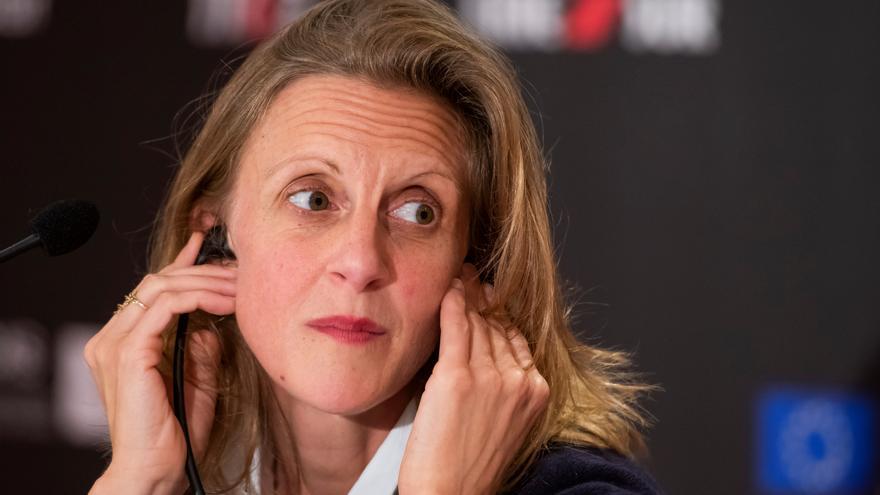 Madrid, Sep 9 (EFE) .- Elsa Amiel, a Parisian tanned as an assistant director with authors such as Bertrand Bonello or Noémie Lvovsky, premieres in Spain her debut film, “Pearl”, a film with which she intends to go beyond femininity normative through a “out of the box” bodybuilder heroine.

The daughter of a mime, Amiel has always been interested in the theme of the body and, for her first feature film, she wanted to question it as a working tool, as an “element of identity,” says the French director in an interview with Efe.

An exhibition of photos of bodybuilders led her to consider the subject of sex, masculinity and femininity, so she decided to go to bodybuilding competitions, where she found the desire to record about that world so unknown, fascinating and even repulsive for her.

“I wanted to work on a heroine within that field,” explains Amiel, to take a critical look at the classic visions that explain physical strength as an exclusive mark of masculinity and thus pose the place of women and motherhood.

“Pearl” takes place in a hotel in an undetermined city, where Léa Pearl (Julia Föry) prepares with her coach Al (Peter Mullen) to win the title of Miss Heaven in an international competition for female bodybuilding. Her ex-partner Ben (Arieh Worthalter) reappears and brings with him their six-year-old son, Joseph (Vidal Arnozi), whom Léa has not seen in four.

Amiel confesses that finding the protagonist was “infernal”, he did not want an actress to train to have a competition corps, but he wanted to find a real athlete who wanted to make the film.

When Amiel met Julia Föry he was still not competing and, two years later, when he met her again, she already had the perfect body and when reading the script, the actress was moved and said: “It will not be a difficult role because Léa is me “, says the filmmaker.

Bodybuilding offers a semblance of strength, power, and control of the body. However, Amiel considers that behind this image what is hidden is “an enormous fragility”, because it is a very demanding discipline that demands a constant effort to maintain the perfect body and the price of all that work is a sacrifice and a loneliness enormous.

Although the director had heard many stories about what coaches do with their athletes and the issue of drugs, what really interested her was “what is behind” that first image, the humanity of that world.

For this reason, Amiel resorted to the issue of motherhood with the intention of reversing the codes of society. Strength is not only of men and a woman can be muscular, just as there is the paternal instinct and not only the maternal one.

Thus he created “a bodybuilding heroine, outside the norm because the protagonist is a mother and does not love her son,” explained the director.

Seven years have passed since the director began to write the script for this feature film, which premiered at the Venice Film Festival in 2018 and in France in 2019, but the new post-covid scenario forced the release in Spanish theaters to be delayed until this Friday the 10th. of September.

A premiere with which Amiel is happy because he considers the film to be peculiar and that, with the resurgence of cinema after the pandemic, “it is time to push auteur cinema and highlight new things.”