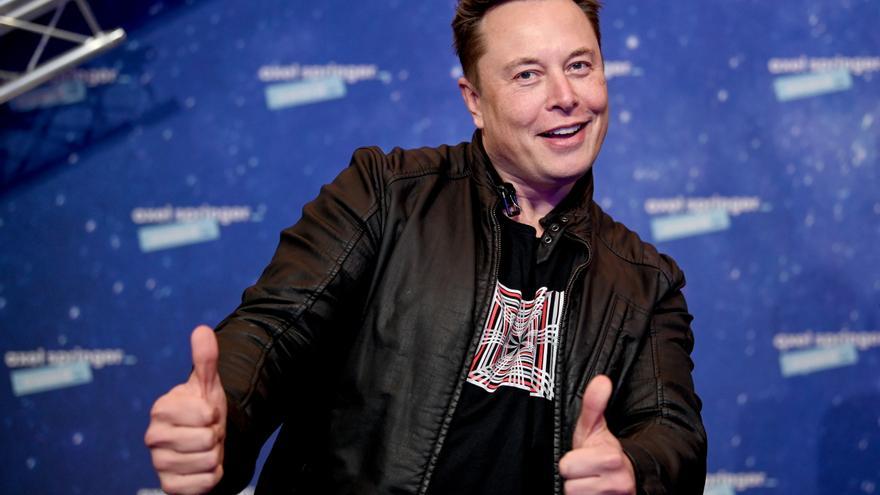 Elon Musk is known for promoting The Boring Company, a tunnel boring company, selling 20,000 flamethrowers; for launching a satellite internet business, with his aerospace company SpaceX, which threatens to irreparably pollute the night sky for astronomy; and for getting into trouble with the SEC, the US supervisor of the stock market, for communicating through his Twitter account facts relevant to the action of Tesla Motors, his electric car company. This week, Musk is in the news for two decisions by Tesla: acquiring $ 1.5 billion of the cryptocurrency Bitcoin and allowing the use of Bitcoin as a means of payment to acquire its vehicles. These actions are a vote of confidence in the digital currency and, in addition to increasing its value by 14% from one day to the next, they have prompted all kinds of warnings from financial supervisors and regulators about the dangers of Bitcoin as a speculative asset. .

Bitcoin is an electronic means of payment invented in 2008 by a programmer or group of programmers under the pseudonym Satoshi Nakamoto. It is based on two ideas: the use of distributed accounting records without a central authority or database, using a data structure called Blockchain or chain of blocks; and the use of cryptography to validate transactions. To add a new block to the chain it is necessary to solve a cryptographic problem and, to encourage the resolution of those problems, the addition of each block is rewarded with an amount of Bitcoin that started at 50 and is reduced by half every 210,000 blocks, so it is currently 6.25 Bitcoin per block. This process is called Bitcoin mining, which currently consumes around 9 gigawatts of power worldwide, comparable for example to the 40 gigawatts of peak demand in Spain. Due to the structure of the Bitcoin user network and the design of the blockchain, a Bitcoin transaction takes at least 30 minutes and in some cases several hours to confirm.

Bitcoin is designed to increase in value over time, so in addition to being a means of payment, it functions as a security. Bitcoin is currently trading below $ 50,000. The market value of all existing Bitcoin is just under $ 900 billion, and the daily transaction volume is just under $ 100 billion.

What Bitcoin is not really is a unit of account. To understand us, the prices of Tesla vehicles are determined in dollars, not in Bitcoin. Tesla allows paying in Bitcoin as it could allow paying in gold bullion or through any other asset on the value of which Tesla and each of its buyers can agree.

For these reasons, the monetary and market authorities insist that Bitcoin is not a currency, but a speculative asset, and warn against its indiscriminate use.

Neither Bitcoin nor other cryptographic assets are necessary to make electronic payments, as we know from the increasingly widespread use of means of payment from debit cards to mobile applications to pay in euros or other "official" currencies. In fact, Elon Musk became a millionaire for being one of the creators of PayPal, the Internet payment company.

Given the energy cost and the long time required to validate a transaction, the reason why Bitcoin exists is essentially ideological. The goal of Satoshi, its inventor or inventors, was to create a means of payment that did not require the existence of a central authority or the need to trust it. In the end, what they wanted was to escape state control and, similar to the ideologues of the gold standard, to escape also the supposed inevitable collapse of the monetary system based on fiat currency and fractional reserve private banking credit. It is an essentially anarcho-capitalist, conservative project with post-apocalyptic overtones.

The intention to escape the control of the state has led to cryptocurrencies becoming attractive to organized crime and the underground economy. One of the largest markets based on Bitcoin, Silk Road or Silk Road, was closed by the FBI in 2013 with accusations of money laundering, crimes against computer security, and facilitating drug trafficking. He was not the only one. Just this week, the US government confiscated $ 1 billion worth of Bitcoin that was allegedly stolen by hacking Silk Road.

Elon Musk's move this week is as likely to increase the legitimacy of Bitcoin as it is to embroil Tesla in a money laundering investigation by the US government. Meanwhile, the move is essentially advertising, with no further macro-financial implications. $ 1.5 billion is just over 1.5% of Bitcoin's daily transaction volume and less than 0.01% of US GDP. It's enough to move the value of Bitcoin one day, but nothing important in the higher order of things. Tesla sells on the order of 100 million dollars a day, which is equivalent to 0.1% of the daily volume of transactions in Bitcoin.

What Musk does do is match the value of Tesla's stock to the value of Bitcoin. The company claims that it has acquired $ 1.5 billion in Bitcoin to maximize the profitability of its cash reserves. This amount is of the order of 6% of Tesla's net worth - the value of Bitcoin is remarkably volatile - not being alien to increases of 100% in relatively short periods of time.

In short, the monetary authorities tend to react with concern to any news cementing the popularity of Bitcoin and other altcoins. But, in the end, what it is about in this case is one more attempt to grab headlines by Elon Musk who, on the other hand, has a long personal history of association with Internet payment technologies and the ideology anarcho-capitalist.