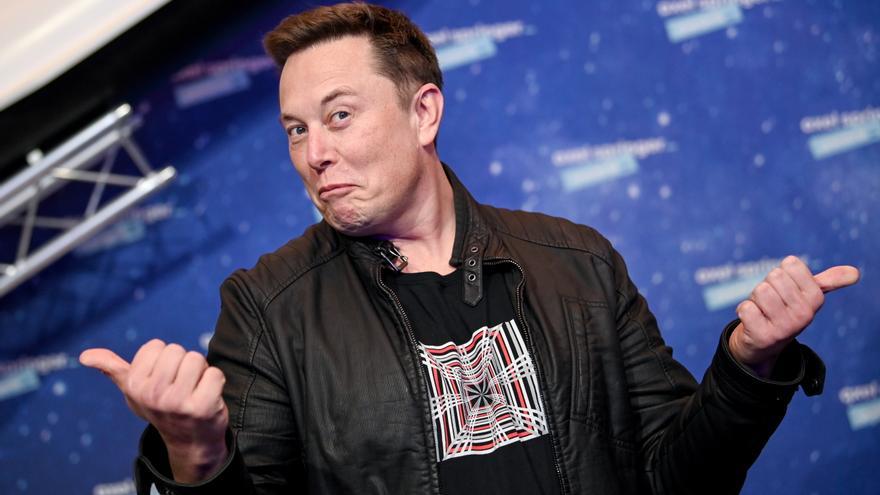 The fortune of Elon Musk, the world’s richest person, is worth $ 279 billion, according to Bloomberg. In addition to a wallet blow, the founder of Tesla likes to show his power with controversial tweets. 280 characters is enough space for the tycoon to send cryptocurrencies “to the moon” or underground, send hateful messages to politicians fighting for billionaires to pay their taxes, or simply confuse his more than 63 million followers with abstract poems in chinese.

He has also used this social network to conduct surveys. In early November, he asked on Twitter whether he should divest 10% of his Tesla titles. “There’s been a lot of talk lately that unrealized gains are a means of tax avoidance, which is why I’m proposing to sell 10% of my Tesla stock. Do you support this?” wrote the South African-born billionaire, referring to the fact that in the United States, you do not have to declare your shares until you sell them, despite the fact that you can contract products (such as a line of credit) with those shares as collateral. More than 3.5 million people participated in the poll and won the yes with almost 60%. However, according to a document held by the Securities and Exchange Commission (SEC), Musk had decided to get rid of that package before listening to his followers to cover tax obligations, since according to CNBC It owes up to $ 15 billion in taxes, and analysts suggest that selling its portion of its stake in Tesla is the only way it could generate enough cash.

In this thread, Musk stressed that he does not receive a salary or bonuses for his position at Tesla, but instead they reward him with options on shares of the company. What he forgot to mention is that he has an option – which expires in August 2022 – that would allow him to buy 22.86 million shares of Tesla at $ 6.24 each. A negligible figure compared to the value of the NASDAQ stock, which is currently around $ 1,000.

This unusual tweet generated turmoil in the Wall Street session, as Musk lost several tens of millions of dollars selling at a price significantly lower than if he had done so before his tweet, but that also helped him pay less tax for its sale. So far this month, Musk has sold less than 5% of his shares for $ 7.8 billion.

It is not the first time that a post has cost money to the founder and chief engineer of SpaceX. In 2018 the SEC fined Musk and Tesla $ 20 million, after the mogul announced in Twitter that the company was being considered to go public. The SEC claimed that the information released in the tweet was “false and misleading” and also forced Musk to step down as Tesla’s presidency for three years.

In May 2020, the 50-year-old businessman managed to sink the shares of his company after tweet that in his opinion the price of Tesla’s shares was “too high”. Musk doesn’t just go online to make business announcements, he tweets about anything. For example, earlier that day he also announced that he was selling “almost all” of his physical possessions. “I will not own any house,” he tweeted. He then posted the lyrics to the US anthem and also a tweet about his girlfriend – the pop singer Grimes, with whom he has a son named X Æ A-Xii. “She’s crazy about me,” he wrote. And after the share price tweet, Musk posted another that read “now give people back their FREEDOM,” in an apparent reference to restrictions due to the coronavirus pandemic.

Beyond being against lockdowns, there is no question that Musk has managed to do good business and investment during the pandemic. Before the coronavirus hit, the billionaire’s net worth was $ 27 billion. Now it is around 279,000 million dollars.

The director of the UN’s food shortage program, David Beasley, said in late October in an interview that 2% of Musk’s wealth could solve world hunger. And, of course, the richest man in the world decided to take this discussion to Twitter. In a tweet Musk offered to sell Tesla shares immediately if the UN can show how it will end world hunger with $ 6 billion. “But it must be open accounting, so that the public can see precisely how the money is being spent,” he added. Beasley responded by offering to “be on the next flight” to speak on the matter in person. However, the conversation took a 180 degree turn when, in a Tweet Separately, Musk shared a Article from the English newspaper Express from 2015 which claims that UN peacekeepers sexually abused children in the Central African Republic in 2014, adding the comment: “What happened here?”

Musk, like other American billionaires like Amazon founder Jeff Bezos, is cited by more liberal Democrats to exemplify who are among the 700 Americans who would have to pay more taxes. “Eventually, they will run out of other people’s money and then they will come after you,” Musk wrote in his networks referring to an annual tax for billionaires, a proposal that some Democrats proposed to finance Biden’s billion-dollar reform plan.

Although the most inappropriate response that the South African has given in the networks in relation to the taxes that the richest should pay is the one he gave to the senator of Vermont Bernie Sanders, to whom he said: “I constantly forget that you are still alive.” Sanders, who is 80 years old, had tweeted a day before: “We must demand that the extremely rich pay their share. Period.”