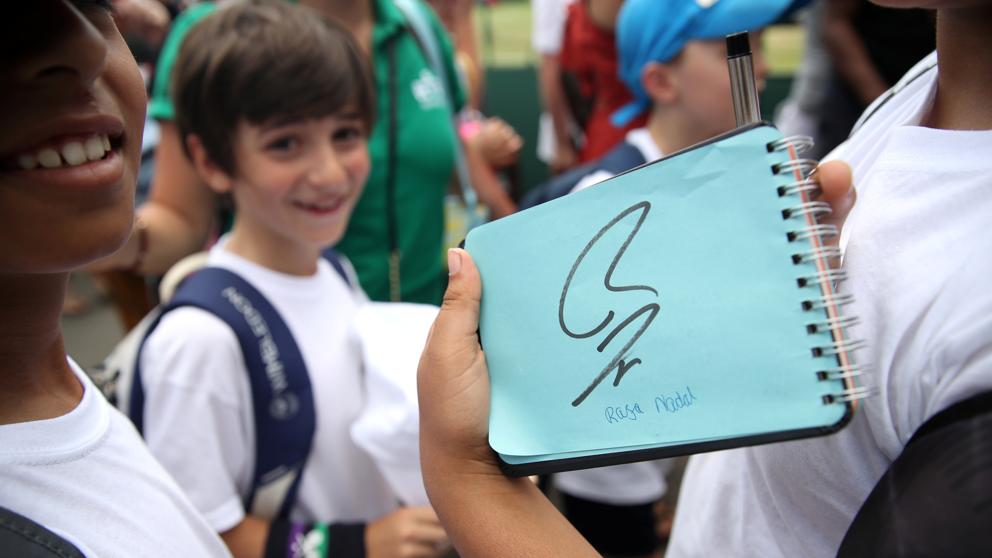 And no tennis player is faster, or produces such a deceptive impression of being without effort, that Roger Federer

In 2006, David Foster Wallace signed the best portrait ever written about Roger Federer.

That's what the experts say.

Then, Federer reigned in the ATP. He had been the leader of the circuit for a few years, maybe five years.

And every time they asked the question Rafael Nadal, his persecutor then, the Balearic always answered:

-Federer is one point above all others.

And there, in the concept of all the others, he included himself.

That legendary game of 2008 was resolved in the evening twilight: nobody wanted it to end

The chronicler remembers that encounter, that end of 2008. It was dusk in Wimbledon, and the organizers looked at each other, out of the corner of their eyes.

-If this goes on, what do we do? They would say to each other.

-If this game is won by Federer, we have to stop.

There was hardly any light on the center court. And it was cool. And it threatened rain. And not a soul moved. Nobody wanted that to end. And the chief editors, from their tables, asked the special envoys:

– Will they finish today?

You had to fill four pages. You can not fill in four pages writing about an incomplete match …

Then Nadal won, already in the evening twilight, and then we saw Federer sunk. He cried on the track, while handing over his garden to Nadal. And he cried later, in the press room, before the journalists. And he continued crying a month later, already at the Beijing Games, while watching how the Balearic, his successor, was snatching everything.

Including the leadership of the ATP.

The chroniclers then asked us:

And most agreed (we must correct it: we agreed …):

The chroniclers wondered if that was the end of Federer; many nodded

Eleven years have passed, we still enjoy the literature of the late Foster Wallace and the dinosaur (Federer) is still there. On track 7, at Wimbledon, Nadal smiles at the crowd as he rambles on the grass.

It's noon. Simona Halep is sweeping Svitolina and the sun shines. Nadal returns volleys the long blows that Tomeu Salvá sends, his usual sparring. And then subtract the services that James Davis, an English youngster who barely appears among the 1,300 best players in the world, but that measures almost two meters and pulls like a demon.

– Thank you, "Nadal says when the training ends.

And the kids, hunters of memory, throw themselves on top of Nadal, who serves them as always.

In a corner, far from the corridors, Francis Roig, his coach in London, serves us.

-Not much. I was already part of Nadal's team, but I saw her at home, on television (at that time, who was traveling with Nadal was her uncle, Toni Nadal).

-And what has changed from then to now?

-Nadal gets better, better subtraction, has a more varied backhand. Although it does not move as before.

– Is the best Nadal he has ever seen in grass?

-Definitely it is. It is the most complete. That does not mean that this Nadal can win the 2008 Nadal. But he needed a change and he has done it.

– It is no longer based on the rival's wear, or on its power of intimidation. He knows how to do more things and solve the points with fewer hits.