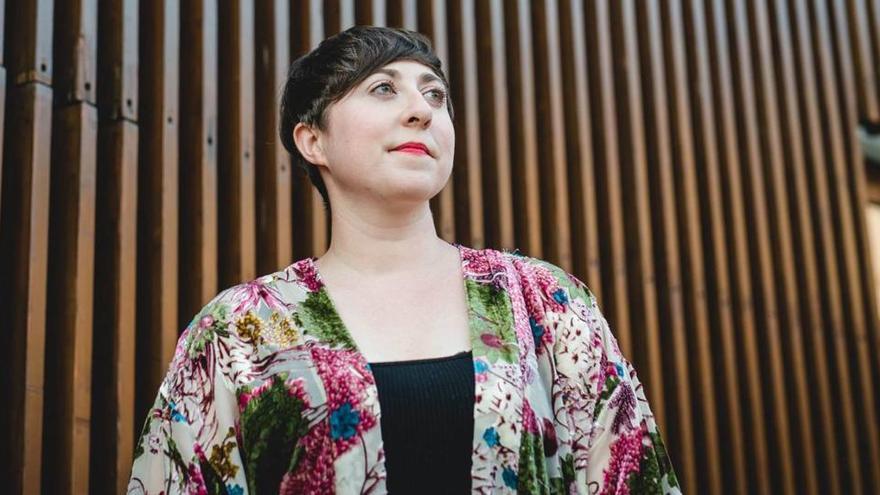 The novel ‘The wonders’, from the Cordovan writer Elena Medel has been awarded the Francisco Umbral Award for Book of the Year 2020, according to the jury’s ruling, which has highlighted the literary freshness of the work and the “excellent poetic quality” of its prose.

It’s about the Medel’s first novel (Córdoba, 1985), published by Anagrama, which has made it the first woman to win the award convened by the Francisco Umbral Foundation. An award that celebrates its tenth edition this year and is endowed with 12,000 euros.

The jury has decided to award the prize to this work “for the literary freshness of a narrative that highlights the intergenerational relationship with a special accent on women, not always visible in other great literary works, and for the excellent poetic quality of a brilliant and suggestive prose “, as pointed out by its president, Manuel Llorente.

Speaking to Efe, Elena Medel has expressed her joy for the award of this award named after Francisco Umbral, a prose writer whom he admires very much, since he was “capable of giving a different meaning to words” and for being the first woman to win the award

He has rated his novel, starring working-class women living on the outskirts of Madrid and in which it covers the last 50 years of the history of Spain from the end of the Franco regime until 2018, as a “political” work.

“It is a radically political novel, a qualifier that I take with pride,” says the author, who explains that she wanted to appeal “to universal themes” through the eyes of women.

“They have taught us that novels with male protagonists speak of universal themes and that those that are carried out by women speak of women’s themes,” he highlights.

But it is also a work that talks about money and, more specifically, about the lack of money and how its lack ends up defining people’s lives, he stressed.

Although it is about a novel “very Spanish and might seem paradoxical” that has been sold to so many countries (It is now in its eleventh edition and has been translated into nine languages), it’s a universal storyMedel argues.

Thus, based on the experience of two women who travel the same life journey in different times, the author reflects on the precariousness of class, feminism, care, responsibilities and expectations.

Medel, who lives in Madrid, is the author of the books of poetry “My first bikini”, “Tara” and “Chatterton”, reunited in “A black day in a lie house” (Visor, 2015), and of the essays “The magician world” (Ariel, 2015) and ” Everything there is to know about poetry “(Ariel, 2018). In addition, he runs the poetry publishing house La Bella Varsovia.

Among other awards, he has won the XXVI Loewe Prize for Young Creation and the 2016 Princess of Girona Foundation Prize in the Arts and Letters category.

The decision of the Francisco Umbral Award has taken place at the headquarters of the Ortega y Gasset Foundation – Gregorio Marañón where the jury chaired by Manuel Llorente, editor-in-chief of the Culture section of “El Mundo” met.

Also on the jury were Carlos Aganzo, poet, director of Institutional Relations of “El Norte de Castilla” and deputy director of the Vocento Foundation; Juan Cruz, deputy director of “El País”; César Antonio Molina, writer and former Minister of Culture; Fernando R. Lafuente, editorial secretary of the “Revista de Occidente”; Fanny Rubio, writer and professor of Literature from the Complutense University of Madrid and Santos Sanz Villanueva, critic and professor of Literature at the same university.

The award is endowed with 12,000 euros (the amount that the Majadahonda City Council contributes as a patron to the Francisco Umbral Foundation), and a statue designed by Alberto Corazón.

María España, president of the Francisco Umbral Foundation and widow of the writer, has considered that this award has become one of the most prestigious awards, as supported by the list of winners.

The mayor of Majadahonda (Madrid), José Luis Álvarez Ustarroz, has also highlighted the recognition made by this award from the “talent and literary creation” in Spanish and with which homage is paid to Francisco Umbral, “one of the great writers of the 20th century and an illustrious neighbor of Majadahonda”.