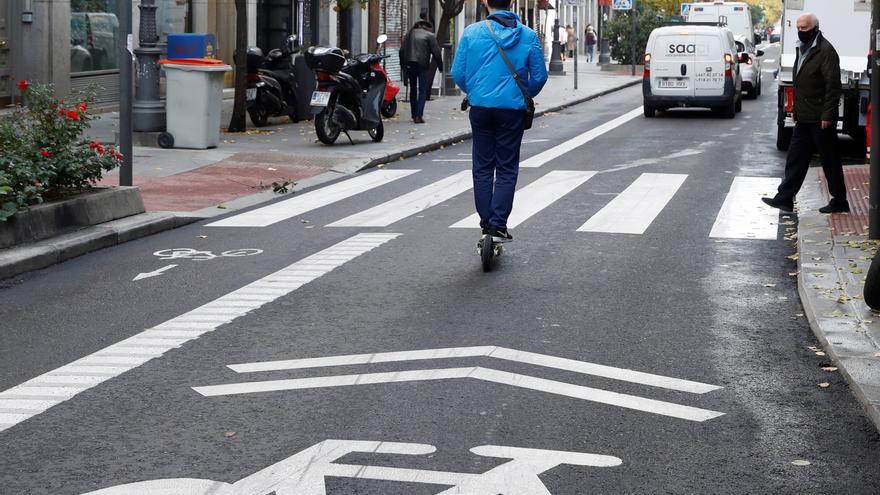 Madrid, Dec 31 (EFE) .- Electric scooters will not be able to circulate on sidewalks and pedestrian areas or exceed 25 kilometers per hour in speed from this Saturday and, in addition, they must comply with the traffic regulations like other vehicles.

Because although this modification of the limits has already been published in the form of a royal decree in the Official State Gazette (BOE), the Ministry of the Interior has wanted to give municipalities some time to adapt their signage and their routes to the changes.

They will also have to adapt their ordinances to the entry into urban roads of personal mobility vehicles (VMP) and enable, if they deem it appropriate, parking areas for these means of transport (scooters and sabway).

As of this Saturday, everyone who rides an electric scooter will have to comply with traffic regulations like any other driver and may even be subjected to the breathalyzer test.

However, it is still pending to agree on the need or not for mandatory insurance for these personal mobility vehicles (VMP).

“We will open a second phase of debate with the municipalities in which, based on all the accumulated experience, we are going to advance in a much more detailed regulation. It is planned to talk about everything”, including that insurance, the general director of Traffic, Pere Navarro.

In any case, the municipal police will be in charge of surveillance and control and those that, with their municipalities, establish priorities when sanctioning some behaviors or others, as recalled by the head of the General Directorate of Traffic ( DGT).

WITH THE FOCUS ON THE MOST VULNERABLE USERS

The regulation of the scooter is part of a package of legal reforms, approved by the Government on November 10, the objective of which is to generate a new model of road safety that allows a 50 percent reduction in deaths and serious injuries during the next decade.

Under the mandate of Pere Navarro, the DGT has also designed this package of measures to respond to new forms of mobility, especially urban, and to curb the accident rate that is growing among the most vulnerable users -motorists, cyclists and pedestrians- , which already represent almost 50 percent of all traffic fatalities.

Although if the road accident rate is taken into account only in the urban area, that percentage reaches 80 percent, as the royal decree that modifies the general regulations of Traffic and Vehicles well recalls.

Therefore, Interior has decided to lower the speed limits on city streets. A modification that, according to the royal decree, “guarantees at the same time the fluidity of the displacements made in the great avenues of the city, as well as the reduction of the negative impact on air quality”.

“The speed of the vehicle has a direct relationship with the chances of survival of the hit pedestrian”, highlights the text of the new regulation.

THE HOUR OF PARLIAMENT

Aware that the points card, in force since 2006, has more than met the objectives for which it was approved, Traffic believes that the time has come for its reform, although this modification, already announced and designed, has not yet entered in Parliament.

It will probably reach Congress in the new session so that it can be approved as soon as possible, as is the wish of the DGT.

Traffic proposes to increase from 3 to 6 the points to be deducted for driving while holding the mobile phone with your hand, although it wants the fine to remain at 200 euros.

It also aims to raise from 3 to 4 the points that are subtracted for not using the seat belt, child restraint systems, the helmet and other protection elements, as well as punishing the misuse of these elements, such as wearing the helmet incorrectly or the belt without fastening.

And if the proposal is successful, carrying radar or cinemometer detection mechanisms in the vehicle, even if they are deactivated, will be considered a serious offense fined with 500 euros and the loss of 3 points.

Another of the planned measures is that cars and motorcycles will not be able to exceed the speed limits on conventional roads by 20 kilometers per hour when they overtake other vehicles.

Regarding the recovery of points, Traffic proposes to recover two for the completion of safe driving courses certified by the DGT, in addition to unifying in two years the term without committing infractions to recover the initial balance, regardless of the seriousness of the infraction committed.

The Courts will have the last word.