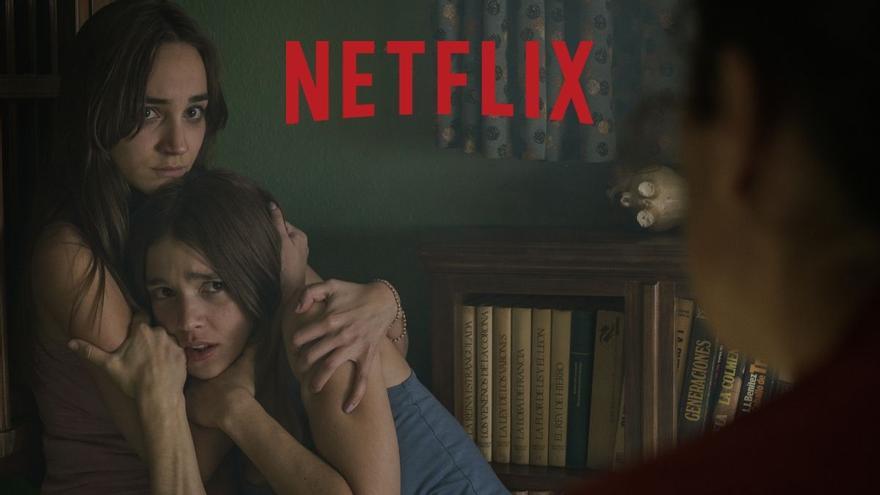 Netflix has presented this Tuesday the new projects that will arrive in its catalog in the very near future. In addition to making Luján Argüelles’ new dating official and the renewal of ‘Elite’ and ‘Valeria’, the platform has announced until six new original Spanish projects in an event presented by Marta Fernández and in which YOTELE was also present.

In the fiction section, Netflix has revealed that it prepares ‘El silencio’, a thriller created by Aitor Gabilondo (‘Patria’) and produced by his company Alea Media; and ‘Smiley’ (working title), a comedy adaptation of the play of the same title by Guillem Clua produced by Minoría Absoluta (‘Polònia’).

As for non-fiction content, in addition to ‘Who likes my follower?’, The entertainment platform is about to launch ‘Where is Martha?’, the docuseries directed by Paula Cons that analyzes one of the most paradigmatic and unusual criminal cases in our country, twelve years after the disappearance of Marta del Castillo. Produced by Quartz Productions (‘The island of temptations’, ‘Viva la vida’, ‘Are you going to eat it?’), This project will be released on November 5.

Regarding cinema, Netflix announced the production of ‘Infiesto’ (provisional title), written and directed by Patxi Amezcua, starring Isak Férriz and Iria del Río and produced by Vaca Films, whose filming begins this October 28 in Gijón. This movie starts on the first day of state of alarm, where two inspectors are called to a small mining town in the Asturian mountains where a young woman has appeared who had been presumed dead for months. As the world crumbles and personal tragedies strike, detectives quickly realize that the virus may not be the only dark force at work.

‘Nowhere’ (provisional title), directed by Albert Pintó, starring Anna Castillo, is another of the film projects that Netflix has launched in our country. The film takes place in the near future and is about Nada, a young pregnant woman who escapes from a country at war hidden in a container aboard a cargo ship. In the middle of the crossing, a violent storm throws the container into the sea. Trapped in the metal coffin, Nada gives birth to her daughter. Now, weakened by childbirth, adrift, without food or water, she must fight to survive and save the girl.

During the presentation, Netflix has also revealed new information about other projects that are in full production. For example, he has released the acting cast of ‘Hasta el cielo’, the adaptation of Daniel Calparsoro’s film. This new series will continue the story of ua gang of thieves, who managed to put the Madrid Police Force in check. As in the feature film, the direction will be in charge of Daniel Calparsoro, and Jorge Guerricaechevarría will sign the script for this new fiction that stars Luis Tosar, Asia Ortega, Álvaro Rico, Asia Ortega Leiva Alana Porra, Patricia Vico, Ayax Pedrosa, Dollar Selmouni, Richard Holmes and Carmen Sánchez.

In the case of ‘fair: the darkest light ‘, its premiere will take place in January 2022. The thriller created by Agustín Martínez and Carlos Montero, and directed by Jorge Dorado and Carles Torrens, stars Carla Campra, Ana Tomeno, Isak Férriz, Marta Nieto, Ángela Cremonte, Patricia López and Ernest Villegas , among others.

On the other hand, it has also given more details of ‘The snow girl’, the adaptation of the homonymous novel by Javier Castillo, which will move the action of its plots from New York to Malaga, during the Three Kings parade. Milena Smit (‘Parallel Mothers’, ‘Alma’) will be in charge of giving life to the journalist who investigates the disappearance of a girl.

In addition, Netflix has also released the synopsis and cast of ‘A ciegas’ (Provisional title). From the producers of the international phenomenon of the same name, now comes an expanse of the universe that overwhelmed audiences in 2018. A mysterious force has decimated the world’s population, pushing everyone who looks at it to kill themselves. Now, Sebastián and his daughter Anna must set out on their own path to survival through the deserted streets of Barcelona. But as they forge fragile alliances with other survivors and seek refuge, a threat more sinister than the invisible beings grows. The filming of this ambitious production, directed by Àlex and David Pastor, will begin in the coming weeks in Barcelona and will star Mario Casas, Georgina Campbell, Diego Calva, Alejandra Howard, Naila Schuberth, Patrick Criado, Celia Freijeiro, with Lola Dueñas, Gonzalo de Castro, Michelle Jenner and Leonardo Sbaraglia.