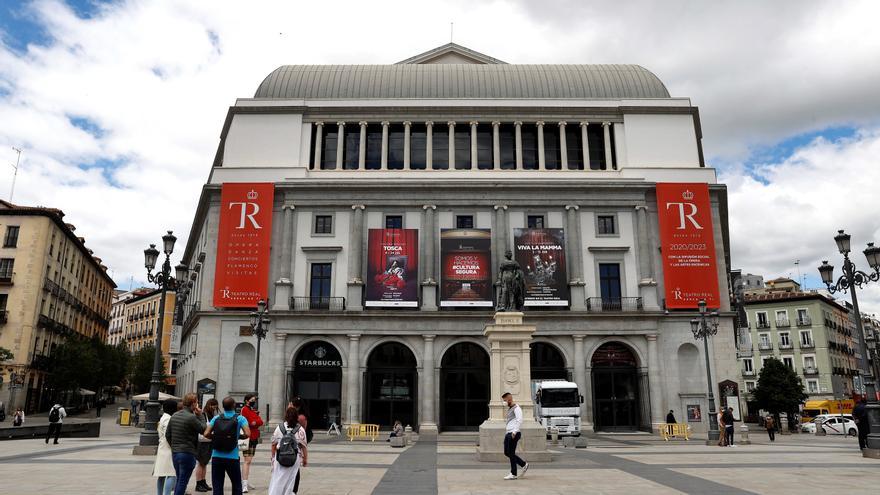 Madrid, May 13 (EFE) .- The Teatro Real will offer on May 15 and 17 in concert format two performances of the opera “Don Fernando, el Emplazado”, by Valentín de Zubiaurre, “in its firm commitment to recovery of the Spanish lyrical heritage “and 150 years after its premiere in Madrid.

For his return to the city as part of the 20/21 program of the Madrid operatic coliseum, he will have José Miguel Pérez-Sierra as musical director at the head of the Titulares Choir and Orchestra of the Teatro Real and a cast of Spanish voices.

According to the press release, the cast will be made up of the tenor José Bros, the soprano Miren Urbieta-Vega and the baritone Damián del Castillo, seconded by Cristina Faus, Fernando Radó, Gerardo López, Vicenç Esteve and Gerardo Bullón.

“Don Fernando, el Emplazado” originally premiered at the Alhambra Theater in Madrid in 1871 in the version translated into Spanish. Three years later, it was presented with great success at the Teatro Real, but in its original version in Italian.

This will be the score that can be heard on May 15 and 17, reconstructed by the prestigious musicologist Francesco Izzo and published by the Complutense Institute of Musical Sciences (ICCMU), with the collaboration of the Community of Madrid.

Despite his talent for this type of piece, Valentín de Zubiaurre (1837-1914) wrote only three operas in a career in which he privileged the religious repertoire due to his responsibilities as Master of the Chapel of the Royal Chapel, where he would succeed Miguel Hilarión Slavic.

Thus, in his repertoire can be found “Luis Camoens” (1864), the aforementioned “Don Fernando, el Emplazado” and, finally, “Ledia” (1873), all with influences from European musical currents in the last third of the 19th century. and as a reflection of a Madrid in which zarzuela enjoyed popular favor over opera, more aimed at the elites.