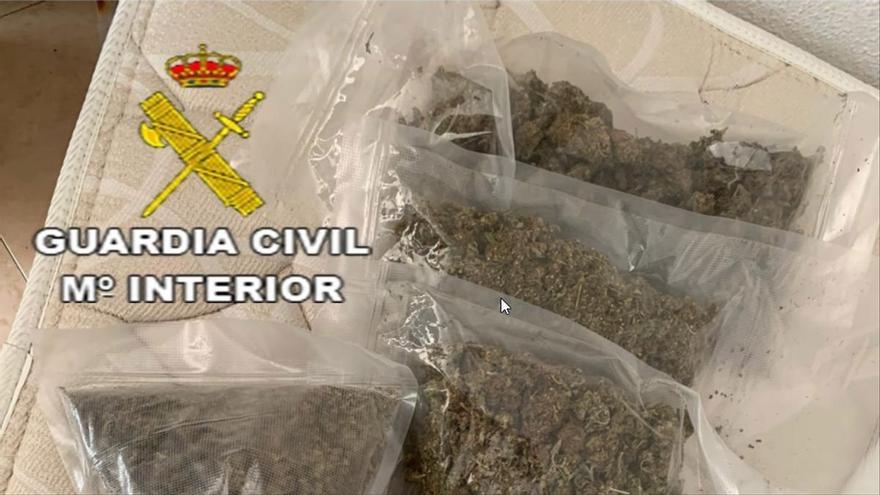 The one at the airport El Prat It is the main Spanish customs area for the passage of drugs sent by mail, state police sources in the fight against drugs. And it is endorsed by the notable growth in seizures, an unmistakable sign of the increase in traffic through this route.

Those responsible for State Security involved in the redesign of the Campo de Gibraltar Special Security Plan put the case of El Prat as an example of the impact of drug activity in the south, and not only from growers of the very numerous clandestine marijuana industry installed in basements and farms in Catalonia, second community after Andalusia in seizures.

The phenomenon is fixed in the last report of the Department of National Security (organ of the Cabinet of the Presidency of the Government), which dates from 2020. Its editors are struck by the large amount of drugs - especially marijuana - sent in packages postcards (851 kg) which has been intercepted at the El Prat airport in just one year. “There is an increase in the number of reports. The cause is the increase in interventions of small amounts of marijuana sent by postal parcel, (…) The airport of Barcelona”Says the report.

The growth is remarkable: during 2021 (and waiting for total data) a daily average of 2.6 reports has been registered due to the seizure of a postal package containing drugs: in 2019 it had been 310 kilos. Considering that a marijuana bud weighs only a few grams, this is a lot of marijuana sent through the mail. A fourth, according to police sources, had as sender a drug lord from Campo de Gibraltar, and another fourth to small traders from neighboring provinces. This is the case of the network French senders They sent maria to European countries in postal parcels, dismantled in Marbella in July 2020. And it is not only dry herb: it is also powdered hashish and pills.

The postal drug consignment registered its rise from confinement for him covid of the spring of 2020, which forced traffickers to seek other avenues for their business. This month a dozen Chinese citizens detained by the National Police in various parts of Cádiz in Operation Chinatow (2019) as a drug trafficking organization sit on the bench. They packed in rented tourist flats, sent European clients through Barcelona, ​​and laundered the proceeds in an Asian restaurant in Puerto de Santa María.

Passing of the 'go-fast' cars

The front of the anti-money laundering investigations of the anti-drug fight, and also of the investigations in pursuit of drug traffickers fleeing from police pressure in the south, is often Catalonia. Good for using it as territory of passage of the go-fast, the fast doches that, especially French narcos, send south to collect small shipments of cannabinoids that will try to pass through La Jonquera; or as a place of investment for part of the money earned with drugs; or as a place of refuge where to try to mislead the security forces.

In it was Fernando EC, for the narco world "El Enano", in Tarragona and Barcelona camouflaged as a hospitality entrepreneur; in the Strait, charterer of a nine-meter long narco-submarine with which he intended to introduce Colombian cocaine into Spain. And not a little, but "large quantities, to industrial proportion," explains one of the police sources consulted.

In terminal 2 of the El Prat airport he was arrested in February of last year when I was going to take a flight to Holland, to contact customers. Of the 51 subordinates of El Enano that the National Police captured in the hours following the arrest of this drug lord from the Strait, the majority were domiciled in Catalonia.

In the war against drug trafficking, there is no front with a single and precise location, the police sources consulted warn, nor does the Campo de Gribraltar Special Plan have effects only in Algeciras and its surroundings. The residents of Poble Sec de Barcelona are well aware of the shock wave 1,116 kilometers away from the Strait, that at dawn on December 14, thundered by a helicopter engine, they were witnesses of a great operation by the Civil Guard to capture Fikri Amellah, one of the most wanted international bosses of the hashish.

"He had gone from living the great life in Algeciras and Sotogrande to hiding with the family in Barcelona," summarizes a member of the operation of 400 agents who participated in the persecution of this great supplier of merchandise for the Castaña clan, a well-known cartel from the south.

Fikri had hidden like a modest ice cream man behind the counter of the Tropicana at 48 Blai Street. Only when he left Barcelona for one of his business trips did the high life come back to life: clothes, watches, banquets and luxury cars.