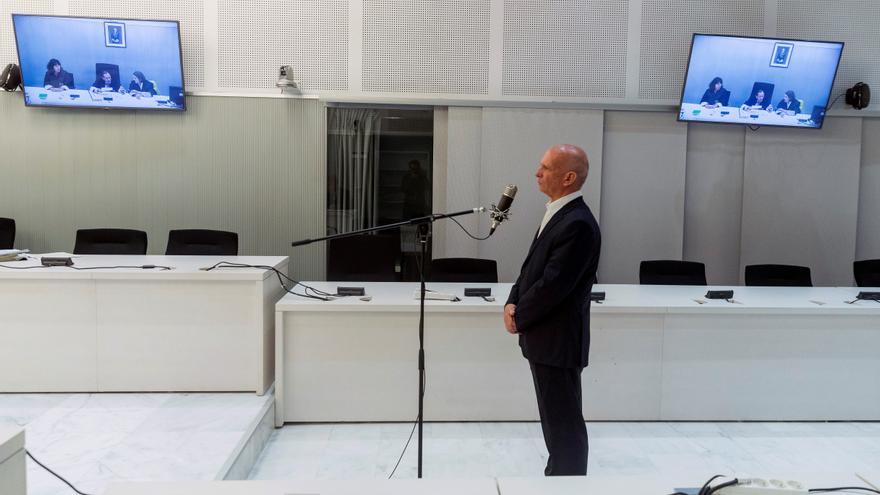 The former Venezuelan military Hugo Armando 'El Pollo' Carvajal has put an end to his alleged collaboration with Justice. One step away from being extradited to the United States, a country that claims him for "narcoterrorism", Carvajal has refused to give a statement to the Peruvian prosecutors who had requested to question him in Spain about the statements made against Ollanta Humala, one of the leaders he linked with the corruption of the Government of Hugo Chávez, as it did with several founders of Podemos, they have informed elDiario.es sources close to the case.

Carvajal adopts this decision while waiting in a Madrid prison to be sent to the United States and once what the National Court itself defined as “delaying strategy” of his surrender to US authorities. This maneuver included the knowledge of Judge Manuel García Castellón of information on the alleged financing by the Chavista regime of leftist movements for at least fifteen years, in which it included Podemos.

Among the leaders supposedly irrigated with Venezuelan money would be Ollanta Humala, former president of Peru who is being tried for corruption right now in Lima. The Peruvian prosecutors requested to travel to Spain to take a statement from Carvajal about his statements to García Castellón to incorporate them into one of the proceedings against Humala, but 'El Pollo' has already conveyed his refusal to serve them.

The Ministry of Justice informed the García Castellón court of the request of the Peruvian prosecutors and they forwarded the request to the legal representation of Carvajal, but in a statement of demonstration, the lawyer of the former head of Chávez's military intelligence announced that he would not testify. In front of them. The court transferred this statement back to Peru through Justice, the sources consulted specify.

Carvajal began to collaborate with the National Court once he was arrested last September in Madrid with a view to his extradition. The statements of 'Pollo' Carvajal focused on the alleged contribution of the Chavista regime for the foundation of Podemos. Judge García Castellón rescued a case provisionally filed in 2016 to introduce Carvajal's accusations there, based on which the judge has launched an investigation that the Prosecutor's Office and the Criminal Chamber have agreed does not have a sufficient circumstantial basis and have crossed out of "prospective".

The fact that Carvajal mentioned Juan Carlos Monedero and other founders of Podemos as recipients of funds from the Bolivarian Administration, within the framework of a secret cause, focused the attention of some media in Spain. However, the former Venezuelan military officer alluded to a widespread practice of financing leftist movements in Latin America and Europe, since in addition to Podemos he also mentioned the Italian Five Star Movement.

The Criminal Chamber mistrusted Carvajal's intentions and went ahead with his extradition process, warning García Castellón that those vague statements would not prevent his delivery to the United Statesstill pending a procedure and that, according to sources from the National High Court, can materialize at any time.

Despite his delivery, the secret case of García Castellón against Podemos will continue as the Criminal Chamber has given the green light to only one of the proceedings ordered to the Police, consisting of assessing the consistency of the statements of 'Pollo' Carvajal and of two other witnesses to whom the investigating magistrate granted the status of “protected”. In any case, the Criminal Chamber has warned that Carvajal's statements about Podemos and, mainly, about Juan Carlos Monedero, are based on “third party narratives” lacking in consistency.