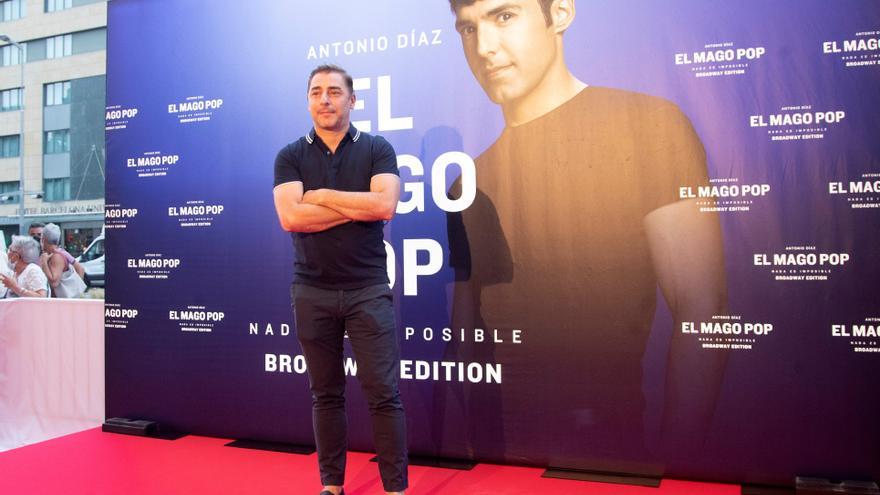 Barcelona, ​​Jul 12 (EFE) .- Antonio Díaz, better known as the Pop Magician, presents this Monday at the Victòria Theater in Barcelona a special function to publicize his new show “Nothing is impossible, BROADWAY EDITION”, which will be in the billboard until August 8 and then it will season at the Apolo Theater in Madrid.

Later, the artist plans to debut with this montage on Broadway.

Even Paral·lel is scheduled to attend some of his friends tonight, from the president of the Barcelona Football Club, Joan Laporta, and the former Barça player Xavi Herández, to the extenista Álex Corretja, the model Martina Klein, the singer Alfred García, the actor José Maria Pou or the comedian Berto Romero.

With his current show, “Nothing is impossible”, the Pop Mago has already performed more than a thousand performances since he premiered it on Madrid’s Gran Vía in September 2017, before arriving at the Victoria in September 2019, where they have seen thousands of viewers.

Considered by Forbes as the “highest grossing European illusionist in the world”, Antonio Díaz, born in the Barcelona town of Badía del Vallès 35 years ago, is the Spanish artist who has sold the most tickets with his shows in the last four years.

In March 2019, it acquired the Teatre Victòria, formalizing its management as of June, in what it called a “personal and professional dream” at the time.