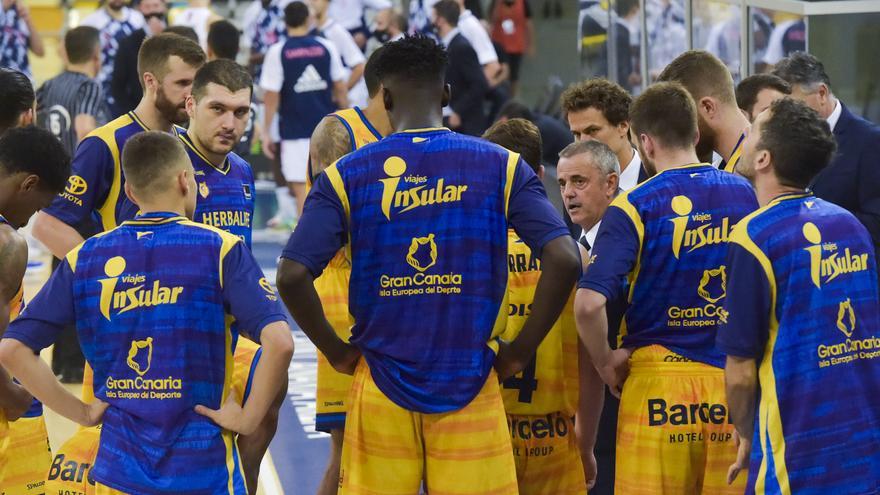 Herbalife Gran Canaria ended last season in a deep sporting and institutional crisis. In Valencia, in that bubble of the ACB for the Final Phase of the Endesa League, he appeared for the last game with options to be in the semifinals: if he won the host he was inside. However, the night before, Berdi Pérez, sports director at the time, decided to inform Fotis Katsikaris, last season’s coach, that he would not continue at the yellow club.

The summer left a complete change: Willy Villar and Porfi Fisac, one in the office and the other on the bench, were in charge of refloating a shield that has lost its luster in recent years. However, the coach’s slate in Gran Canaria is already in danger. The final trigger: a complicated relationship with a large part of the dressing room, evidenced in the figure of captain Javier Beirán, who was left without minutes in the last game, and in the Italian Amadeo Della Valle, one of the pillars on the track of this new Granca, who he did not line up against Unicaja in the team’s last defeat.

In the midst of that fire, just a month after the season started, Granca head to Turkey to play the fourth day of the Eurocup (6:00 p.m., Dazn). The atmosphere that was breathed during the summer, with the joy that the Fisac ​​team gave off in words, games and faces has evaporated in the heat of the bad results, especially in the Endesa League.

Ahead, Herbalife today has Frutti Extra Bursaspor, bottom of the group after falling in the two games they have been able to play against Treno (86-93) and Promitheas Patras (84-93). The Turks have pending the clash against Cedevita Olimpija Ljubljana, precisely the first executioner of Granca in Europe.

The team directed by former player Tutku Açık has several faces who know the competition well, such as the Cameroonian center Kenny Kadji –ex de Sassari, Brindisi, Tofas or Lietuvos Rytas– or the Turks Ender Arslan and Birkan Batuk, among others. The points, as usual, tend to be his Americans: point guard Xavier Munford, former NBA and former FC Barcelona, ​​and, above all, Malik Newman, with an average of 18.5 points per game.

While in Gran Canaria the concern rises around the situation that the club is going through, not only because of the poor results, but also because of the murky atmosphere that has been installed very early this season. With the relationship between Porfi Fisac ​​and several players in the dressing room practically broken, Herbalife does not rule out any scenario, such as the change of a coach who signed for two seasons this summer. In the coaches’ window is Joan Plaza, who was fired in February as Zenit San Petersburgo coach and is now a commentator on Movistar Deportes. But neither from the players’ market, where Quino Colom, Valencia’s base, who already liked in summer, opens up as a possibility.

Victories of Real Madrid and Barça

Real Madrid achieved their fifth victory in five games in the Endesa League yesterday by surviving the triples of Monbus Obradoiro, who hit 13 of 26 three-point shots, but was surpassed by the Madrid interior power and affected by the expulsion of Moncho Fernández in the 23rd minute for double technique. A monumental game by Cape Verdean Walter Tavares (14 points, 9 rebounds and 4 blocks), supported by Argentine Gabi Deck (13 and 3 sacks), American Trey Thompkins (12 and 4), and a good offensive game by Argentine Nico Laprovittola (19), allowed Madrid to overcome a highly inspired visiting duel by Kassius Robertson with 26 points and 4 3-pointers from 8 attempts by the Canadian. For its part, Barça’s second unit, with Artem Pustovii (15 points), Leandro Bolmaro (8 points and 10 assists) and Sergi Martínez (10 points, 7 rebounds), was enough to lead the Barça victory without shocks against Acunsa GBC (87-60), where the Colombian Jaime Echenique stood out (17 points, 7 rebounds). In this way, the Catalans added their fourth victory in five games, while the Basque team has only achieved one in the same games.