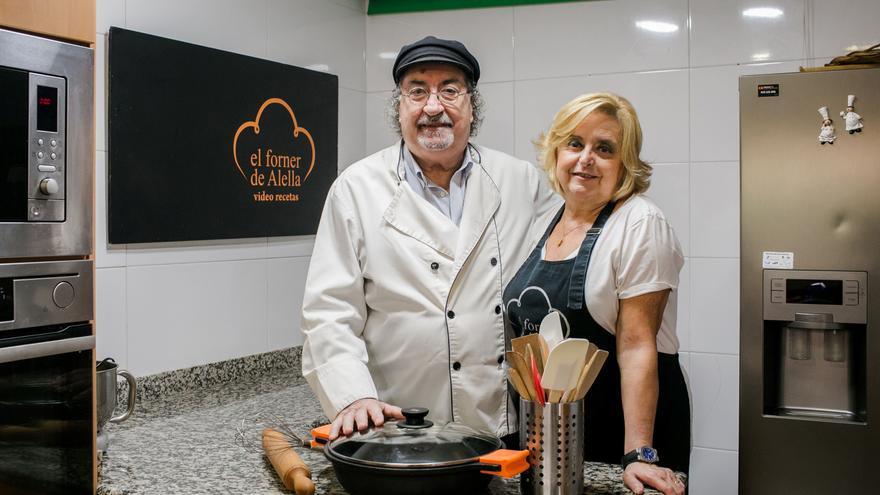 Madrid, Apr 7 (EFE) .- Just retired, the married couple made up of José María Mañé and Carme Julià premiered on YouTube in 2014 under the name of El Forner de Alella, and years later became a leading gastronomic channel thanks to its "closeness and simplicity", a style that they maintain in their first book, "Como en casa de mama".

“At our age, what is happening to us is a dream; answering comments on YouTube every day, traveling to sign books, having so many followers from all over the world ... We have rejuvenated over time ”, they explain in an interview with Efe Mañé and Julià.

Although their YouTube channel has been active with a weekly video of sweet and savory dishes since the beginning of 2014, since confinement this retired couple has been crowned as one of the cooking channels par excellence on the platform, seeing their audience grow in no time. time and recently launching “Como en casa de mama” (Grijalbo and Rosa dels Vents).

"Our audience is getting younger and younger, first they were people 55 or older, but now there are more and more young people who are approaching the channel interested in gastronomy, in learning to do what their parents cooked at home," he says. Mañé, who now launches with his wife this selection of one hundred recipes chosen from among the seven hundred published in recent years.

The idea of ​​launching his first book came precisely as a demand from his audience: "The followers had been asking us for a book for a while, there are many elderly people who like to have a book at hand while preparing the recipes", Julià points out about This cookbook, a compendium of "traditional dishes from all over Spain", also has a section of four menus for San Juan, All Saints' Day, Christmas and Easter.

There is also room for others to make bread in response to one of the great demands during confinement: “José María was a baker in his youth, and when in confinement the flour and yeast ran out, these videos grew a lot, in addition to asking us many questions ”, Explains Julià.

"Every day we answer the comments and questions they leave us, wherever we are" says Mañé, for whom the key to success lies in its simplicity and proximity: "Part of the success is that we run away from complications, we make recipes with easy ingredients to find in any supermarket or that we all have at home, and we also do not use kitchen robots or complex appliances ".

His recipe for chicken with beer has accumulated more than five million views on YouTube, and those dedicated to making different breads have become viral during confinement, but for the married couple, the best are “those that remind us of the family celebrations ”, they coincide.

“We have a lot of followers in South America, our crêpe recipes are very successful there, while in Europe our special recipe for spaghetti carbonara does it, even if it costs us a little discussion with the Italians,” Mañé jokes about some of the favorites. of your audience.

Under the title of “Como en casa de madre”, which they agree sums up that daily spirit that “everyone has when they remember what they eat at their parents' house”, this Catalan duo share their knowledge of how to cope with the stove with his followers, those who continue to care on YouTube, and those who receive a great reward: "feel so loved."

"We have noticed a lot, affection, when they write to us from Japan or Canada to tell us that thanks to us they can remember the delicacies of the earth, it reaches our hearts," explains Mañé after a success that they still savor and that now comes to paper.