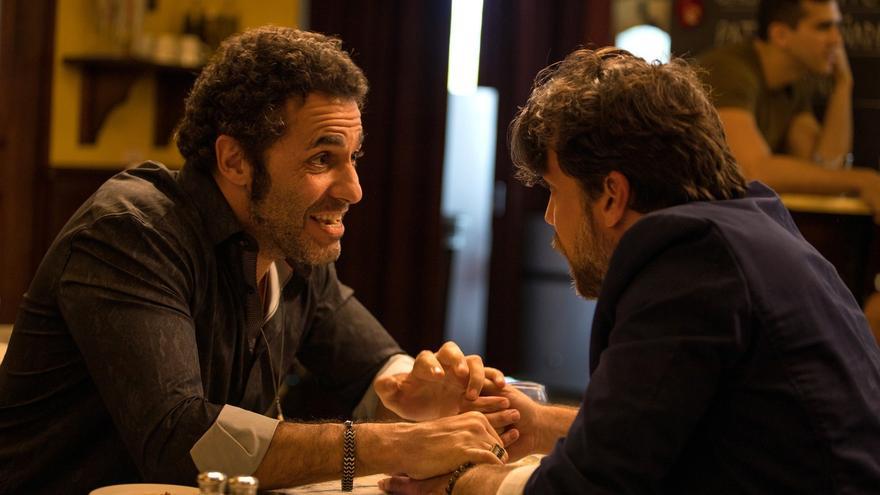 San Juan, Feb 4 (EFE) .- “El Cuartito”, directed by Argentine Marcos Carnevale and with Mario de la Rosa (La Casa de Papel), opens in theaters in Puerto Rico on March 25, a film that features the story of five passengers who end up in the airport’s immigration lounge.

De la Rosa told EFE on Thursday that it was a real privilege to work on this film, a mix between comedy and drama -as he clarified-, recorded in January 2020 in Puerto Rico and produced by the local company El Cuartito LLC and Wiesner Distribution .

“Everything went very well in the recording,” emphasizes De la Rosa, popular thanks to his participation – like Suárez – in La Casa de Papel, a television series created by Álex Pina and produced by Atresmedia.

De la Rosa stressed that the film manages to bring together an excellent group of professionals led by its director, the Argentine filmmaker Marcos Carnevale, known for films such as “Elsa & Fred” and “Corazón de León”.

The film tells the story of five passengers who arrive in Puerto Rico and for different reasons are held in “El Cuartito”, the place for immigration control at the international airport in San Juan.

“For some people from many countries the ‘little room’ does not mean anything, but for Latin Americans it is a place that is popularly known by that name,” says De la Rosa about the immigration problems that foreigners sometimes face when arriving at the Island, a Commonwealth of the United States and therefore with the same immigration regulations as the North American country.

The characters, completely unknown to each other, will live in detention, incommunicado with the outside world and without news about their immediate future.

“The film is a ‘dramedy’, that is to say, a mixture between drama and comedy, because sometimes it brings a smile to your face, but it can also generate a tear,” says De la Rosa.

“Without a doubt, you can see the humanity of the characters,” says the actor, who plays a Spanish rock singer who has come to nothing and tries to enhance his career with a concert they offer him on the Caribbean island.

The film was shot entirely in Puerto Rico, in the municipalities of Humacao, Guayama, San Juan and Fajardo.

The soundtrack was provided by composer and producer Eduardo Cabra (a member of the former Puerto Rican band Calle 13), winner of 25 Latin Grammys and 3 American Grammys.

It also has the special collaboration of the Puerto Rican artist Ricky Martin.

“El Cuartito” has a cast of local actors such as Héctor Escudero, Giorgina Borri, Braulio Castillo, Kisha Burgos and Luis Gonzaga, among others.