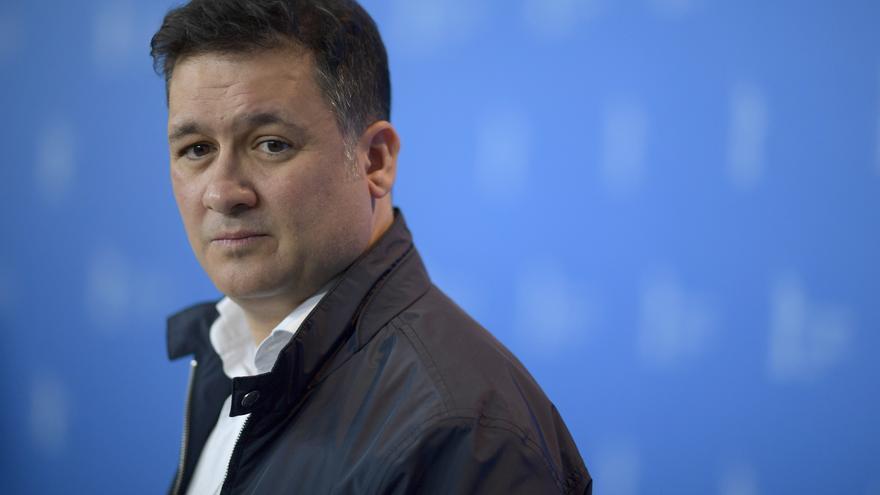 Madrid, Jul 13 (EFE) .- A “song of hope in which it is shown that you can be an anonymous hero if you manage to overcome your emotions.” This is how Secun de la Rosa has defined his directorial debut, “El Cover”, a romantic and musical “dramedia” set in Benidorm that dignifies the work of those singers who live by interpreting the songs of others.

“The greatest success of the film is that in the end, Dani (Alex Monner) accepts that it is a cover, not a singer of these who goes around Madrid, no, a cover that sings songs of another”, adds the director of the film at a virtual press conference this Wednesday to present the film, which hits theaters on July 23.

The story follows in the footsteps of Dani, a young man who has inherited from his family the love of music and also the fear of failure. Rather than living off his dream, he makes a living working as a waiter, just like his parents. However, everything changes the summer when he meets Sandra (Marina Salas) one night in Benidorm. She is passionate about music that will make you change the way you understand art.

With them, sharing the cast (with a cameo included from the director), Lander Otaola, Carolina Yuste and María Hervás, and in strategic characters the veterans Susi Sánchez, Juan Diego and Carmen Machi.

Benidorm, another character more than De la Rosa portrays to address the difficulty of being someone else and, like the actor’s life, is a uniform with many layers that hides the “guerrilla artists” who live off, by and for the music, even if they are nobody, even if they are not successful, because in Benidorm “failure is tolerated”.

“It would not have been possible to tell this story without the city of Benidorm as the protagonist as well,” says the director. In a way, the city is like those guerrilla musicians, during the summer it fills up, but then who remembers ”.

Amy Winehouse, Lady Gaga, Mocedades, Los Chunguitos, The Killers, Gloria Gaynor, Loquillo, Nena Daconte, Raphael and so on up to more than 20 artists and songs are represented in the film, which has a main theme composed and performed by Antonio Orozco . However, getting all that music to play was not easy.

“Thanks to the collaboration of Universal Music we have been able to count on all those songs that I had imagined writing the script, all those that at some point in my life have caused me a feeling, because it is not easy for them to give you rights, as well as like this, but the record company and production company fought for it, ”says De la Rosa.

Yuste, who puts herself in the shoes of the iconic Amy Winehouse to perform one of her mythical songs, “Back To Black”, points out that “it was a dream”: “I have tried to do the best I could, with a lot of love and a lot of respect because singing such a well-known song generates love as well as fear. For me, having been able to be Amy is in the top 3 of my characters, ”says the actress.

If there is one thing that the entire cast of the film agrees on, it is the “love” with which De la Rosa has treated them throughout this entire project. “He is a director who takes great care of the actors and that is very important”, Otaola emphasizes.

“I discovered Secun in a movie that I had to shoot with him, and I was amazed. So when I entered here I did it while admiring the director and I totally left myself in his hands. It has been a luxury working with him, and in my 60-year career I have learned more about this profession, something that does not always happen ”, declares Juan Diego.

“El Cover” is produced by Nobody is Perfect in collaboration with GTS Entertainment (Universal Music Group Partner), Amazon Prime Video and Entertainment One.