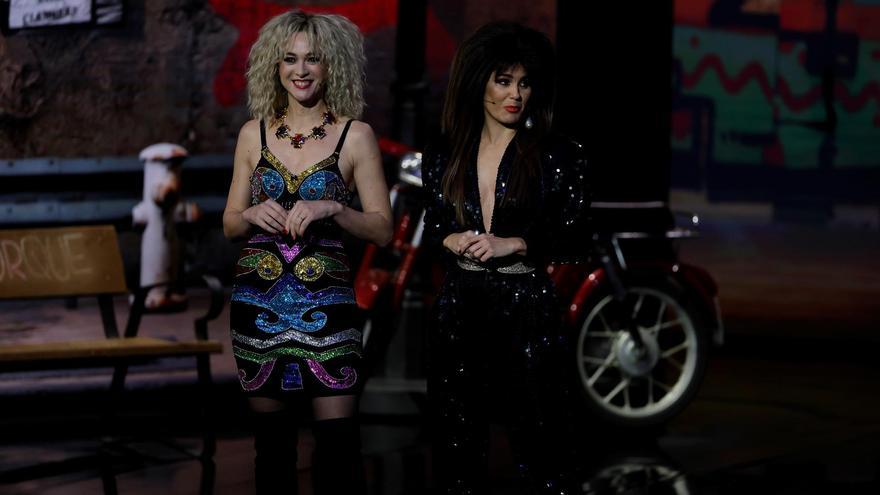 The comedy of Fernando León de Aranoa 'El buen patron' and the series 'Hierro' by Pepe Coira have won the best feature film and best fiction series respectively in the 27th edition of the Forqué Awards, which have been delivered tonight at a gala at the Palacio Municipal Ifema Madrid.

Javier Bardem has won the award for best film actor for his role as a caciquil businessman in the León de Aranoa film, although neither of them has been able to attend to pick him up. The film represents Spain in the Oscar race and is also the favorite for the next Goya. The award for best film actress has been taken by an emotional Blanca Portillo for her work as the widow of Juan María Jáuregui, assassinated by ETA in 2000, in the film 'Maixabel' by Icíar Bollaín, which has also won the Forqué Award for Cinema and Education in Values.

Since last year, the Forqué, granted by the audiovisual rights management entity EGEDA, have included series and not just cinema in their record. Candela Peña has collected the award for best actress by its charismatic judge Montes from the series 'Hierro' and Javier Chamber has triumphed in the category of best serial male performance for the comic 'Venga Juan', his second consecutive Forqué since last year he won with the film 'Sentimental'.

The first great festival of the audiovisual industry of the season, presented by Marta Hazas and Elena S. Sánchez, has had the 80s as a common thread and has featured musical performances of the time, from Alaska and Javier Gurruchaga to Burning, Invisible Dance , The Border, The Guard, The Secrets, Mikel Erentxun or Modesty Apart. One of the most emotional moments has been when Miguel Ángel Muñoz has received the Forqué for the best documentary for '100 days with Tata', a film about his relationship with Luisa Cantero (97 years old), the woman who took care of him since childhood, and who claims "how difficult it is to grow old with joy."

The Best Latin American Film of the Year for the producers association chaired by Enrique Cerezo It has been 'Night of Fire' by the Mexican of Salvadoran origin Tatiana Huezo, a story about childhood and motherhood in the face of violence in rural Mexico that also triumphed at the last San Sebastián Film Festival. Y the best short film award went to 'The invisible monster', another documentary shot by Javier and Guillermo Fesser in a landfill in the Philippines for the NGO Action Against Hunger.

Enrique Cerezo was in charge of delivering the Gold Medal, annual honorary award granted by EGEDA, to José Antonio Félez, producer of Atípica Films and well-known works such as 'AzulOscuroCasiNegro', 'El Bola', 'La isla minim', 'La peste', 'Primos' or 'The man with a thousand faces'. In these times of "accelerated changes" in the audiovisual industry and exponential growth in demand for films and series, Félez has claimed the figure of the independent producer and the need to "support original proposals and different voices".

After the sobriety of last year's edition, marked by the conjunction of the pandemic and the storm Filomena, this year the celebration of the Forqué has recovered its festive spirit, although the masks and other preventive measures have been maintained against the covid-19. Los Morancos have put the notes of humor and Antonio Resines has taken the stage to remember and support the inhabitants of the Canary island of La Palma, to whom this Forqué gala has been dedicated.

Tags: Awards, For what, good, Iron, Pattern, serie, they triumph