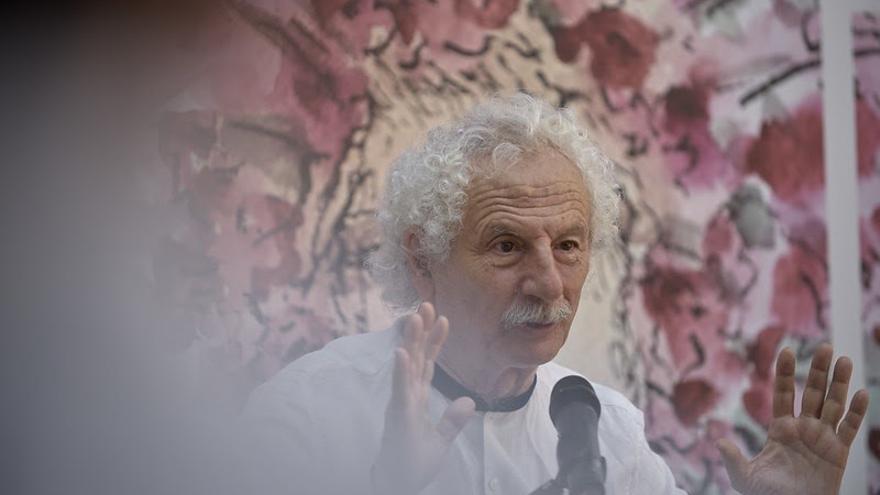 Rafael Álvarez ‘The Brujo’ This week returns to get into the spirit of Valle-Inclán, with the premise that, for the first time after the premiere of the play, the capacity of the theaters will not be reduced for the sake of the pandemic, so that it has emphasized that “If we don’t fill up now, we no longer have an excuse.”

In an interview with EFE, the actor congratulated himself on the fact that culture has regained its normality lost almost two years ago, in time for ‘The soul of Valle-Inclán’ to visit the stage of the Cartuja Center next Sunday. Seville, with more than 2,000 seats for sale, and has indicated that “it is true that the theater is one hundred percent, but that It does not mean that people are going to attend one hundred, although it is a very important step ”.

In any case, he faces this new stage with the premise that, until now, “people have responded everywhere with an enthusiasm that I had never seen in the theater, with a special emotion”, and “in almost all places the limit was always filled”.

‘El brujo’, in this way, can give all of himself to show how he understands “one of the most important characters in the theater in the 20th century”, and recalls that “Valle-Inclán’s work is very inspired, both the theatrical work, the novel, the poetic thought…, in oral tradition, in medieval legends, in popular tales ”, where the Cordovan actor has regularly drunk, adapting the work of minstrels, popular literature or legend to the theater ”.

And that, always keeping in mind that “Valle-Inclán was unique”, and when asked who this author would be today, he indicates that “if there is a person who approaches and who has had an impact on the culture of the twentieth century like him, it has been Fernando Fernán Gómez, and not that he looks alike, but that he has contributed a lot ”.

Another of his thoughts is in relation to what he would say if this genius of the literature, given the current panorama of political confrontation and “extremes” of ideologies in Spain, and has stated that “This man was above political mediocrity and he had a vision of the world that people did not understand, because people did not live up to his philosophical and aesthetic vision ”.

“Valle-Inclán was enlightened” and “to give you an example, he did not give importance to life, he knew that life was a game that lasts little, but the time we are here, we are as if we were going to be eternal and everyone thinks he is right and treats the rest in a dogmatic way, as if it were the devil ”, has asserted.

For this reason, “he was far above that, of the mediocrity of politics to the point that he was a Carlist, a traditionalist, but at the same time he defended the Second Republic, And one day a journalist asked him how to understand that, and he replied that he was from one of the two sides of Carlism, because in Carlism there are two sides: all the other Carlists and me, a joke that meant no all this had to be taken so seriously ”.

It is yes, the actor is a firm advocate of “taking life seriously”, but “but not taking it seriously in an absurd and uncompromising way, and not taking these things from the right or the left seriously and that, for the one on one side, the devil is the one on the opposite side.”

“Prejudices are in the guts of the people, not in the understanding, and people who have understanding are more serene and calmer, and see on the contrary a way of learning and studying the other person to see what it can teach you”, He concludes.