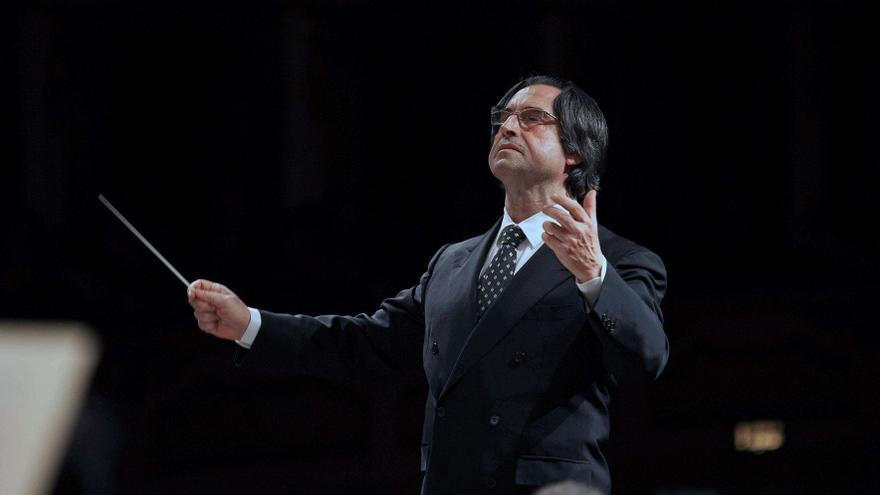 Rome, Feb 23 (EFE) .- Although he has not stopped working despite the theaters closed by the pandemic, the Italian conductor Riccardo Muti asks, from the soulless empty rooms, that places of culture be opened because he warns, in an interview with Efe, that there is a risk of creating a “generation of barbarians.”

Muti has just got off the podium at the Regio Theater in Turin after recording Mozart’s “Così fan tutte”, which will be proposed in “streaming” in the coming days, and from where he has launched several appeals to the new Italian Prime Minister, Mario Draghi, to reconsider the opening of theaters, museums and all places of culture.

The teacher, born in 1941 in Naples, hopes that the economist Draghi, who he defines as “a figure of great thickness and very interested in culture”, will make the decision to open, after a year in which the theaters have remained closed. .

“I have always supported the opening of theaters, with all possible precautions: distancing and all protection measures for the public and for the musicians,” he explains to Efe, while highlighting the contradiction that shopping centers, places of leisure, but not culture.

For the teacher, the closure during all this time of lyrical theaters, prose or all cultural manifestations “is a mortal blow to culture.”

“This means a mortal blow to our identity, not only of nation but of European culture,” he explains.

In addition to his concern for “the thousands and thousands of families who live off culture and who are in times of economic difficulty due to the closures,” his anguish focuses especially on young people.

“They have been left out of any cultural aspect,” advances the director, for whom this will make “in the future violence, ignorance, brutality increase and rage is growing more and more.”

“We must open the theaters, museums, all forms of culture because otherwise we will create a new generation of barbarians,” he insists.

He assures that if the rules of distancing and masks are maintained, “theaters are the safest places in the world” and that having them closed begins to seem “an expression of ignorance.”

Remember that this year, when he conducted the New Year’s concert in Vienna for the sixth time, all the musicians were sitting nearby and without masks and every day they were tested for the coronavirus. “A contradiction to have 100 musicians glued to each other and not have an audience,” he points out.

He comments on the discomfort caused by seeing the Musikverein Golden Room empty and with telematic applause.

Playing walzers and marzurcas or the famous “Radetzky March” -which always put the select Viennese audience on their feet applauding- and ending the silence was hard, explains Muti, who praises the musicians who “gave their all” in this concert despite the context.

“Our profession is to give to others, not to be locked in an ivory tower. For us, making music is like a mission. Therefore, the lack of an audience leads us to a dreamlike, unreal, almost metaphysical world”, affirms sadly.

And he adds: “We need the public’s response, be it positive or negative. We need human warmth. Both I and my colleagues are suffering a lot from this situation.”

Muti will continue its activity with concerts, always in “streaming”, with the Luigi Cherubini youth orchestra that he himself founded and with the hope that “the sun will come, the situation will illuminate and it will be possible to return, with caution and attention, to The normality”.

This new way of spreading music, with concerts over the internet, has been very successful, as seen in the “cousin” of the La Scala Theater in Milan and Muti highlights its advantages, such as that “you can thus reach any part of the world “, but underlines:” you cannot continue making music with the void in front of you “.

His wish is to return soon to Chicago (USA), where he is director of his symphony orchestra so that he can work with his musicians, whom he has not seen for a year. “I don’t know what we will do, but to play in front of the public again will be something moving.”