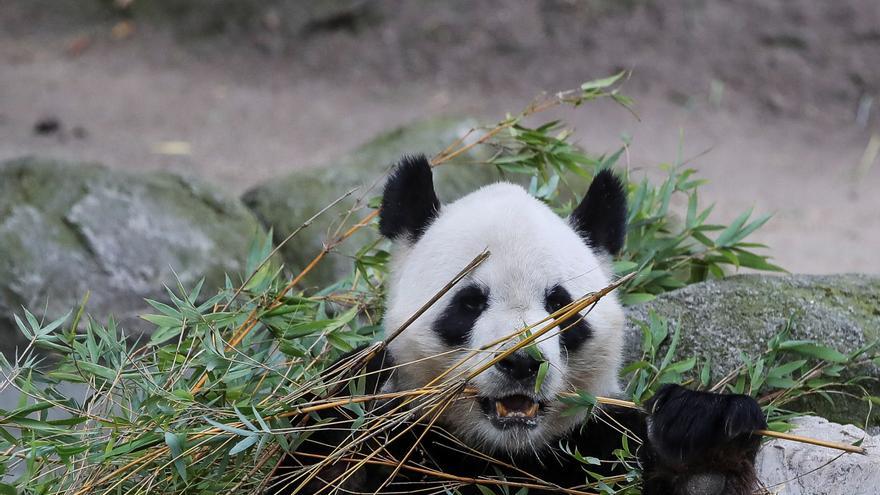 The Supreme Court has left in eight months in jail the sentence of two former employees of the Madrid Zoo who stole more than 200,000 euros from the proceeds of one of the access lockers in just a month and a half in 2014. The two managed to get the box office they didn't record the sales so they could get the money and take it away. The judges reduced the sentence of one of them because both confessed and returned almost half of the loot before an investigation was opened. They also reject the Zoo's appeal, which asked that they return more than one million euros.

The events, according to the sentence to which elDiario.es has had access, occurred between April and May 2014. One of the accused was the chief of operations and, therefore, the one "in charge of the proper functioning of the facilities and the box office". The other was his subordinate. Between the two they devised a system so that ticket office number 2 would stop recording data about the people who entered the Zoo and thus be able to keep all the money from the collection of a ticket office through which hundreds of people passed a day.

The system that describes the sentence was quite elaborate. One of them replaced the locker's hard drive with a cloned one every morning, so that the data was not correctly reflected on the original hard drive. For the purposes of the company, that box office number 2 was not open to the public and did not bill. They also manipulated the box office printer so that the bar codes of the tickets that were being sold were "displaced" and could not be read by the devices used by the controllers to access the venue.

The end of the process came with the dataphones. The defendants did not use the integrated dataphone, connected directly to the computer system for automatic uploading of billing data, and used only the wireless one. At the end of the day, the two defendants exchanged the cash through another box office that only accepted these types of payments. Between April 12 and May 31 they got a loot of 209,860 euros.

The two acknowledged the facts before a court before the proceedings began and returned part of the money, which has significantly reduced their sentences. They wrote to the duty court in June 2014 and the first police proceedings did not start until half a month later. In addition, at the end of that same year, the chief of operations deposited 103,225 euros in court, almost half of the money stolen, money that was returned to Zoo a few days later. At all times the company wielded an expert report that ensured that the fraud had started at least a year and a half earlier and that the amount defrauded exceeded one million euros.

The Supreme Court has just sentenced the case in firm. The judges have equalized the sentences of the two defendants and have left both in eight months in prison for crimes of fraud in addition to fines and the obligation to return the rest of the money to the company Zoos Ibónicos SA, a company of the Parques Reunidos Group, concessionaire from the Madrid City Council for the Zoo Aquarium of the capital. In total, according to the sentence, there are more than 100,000 euros to be returned in addition to the interest generated during these years.

The judgment of first instance, now nuanced, reflects how the company discovered the scam: from an anonymous complaint sent through an employee channel. That anonymous email already assured that the fraudulent box office had been operating since before that year 2014, something of which the judges have not found solid evidence. Other employees and managers of the Zoo and the company who testified as witnesses in the trial revealed the existence of a "possible sabotage that could have occurred prior to 2013 and that would not only be focused on the sale of tickets at the box office 2 , as well as malfunctions in the printing of tickets, also in those coming from other different ticket offices ".

The Provincial Court of Madrid had already imposed a sentence of eight months in jail on one of them in 2019 and another of 1 year and 2 months in prison on the other convicted, but now the Supreme Court is equalizing both sentences downwards. The reason, according to the sentence that has had as rapporteur Angel Hurtado, is that both had benefited from an extenuating confession but only the chief of operations had also benefited from repairing the damage because he had executed the return of almost half of the money stolen.

The Supreme Court understands that it must be applied to both equally since "it is not ruled out, for the purposes of the consignment, that, although the admission was materially carried out by a defendant, it was, nevertheless, a matter of an agreement of both". One of the defendants explained that he had kept that part of the money in a safe until it was returned, something that according to his defense happened "immediately because they recognized the guilt immediately." It has been this circumstance that has prevented higher sentences and their automatic entry into prison once they have been declared final, since the amount exceeds 50,000 euros.

The magistrates of the Supreme Criminal Chamber also close the door to the accusation brought by the company that manages the Zoo, which demanded that the proven fraud cover more time and more money. From the beginning of the process, the company wields an expert report from KPMG that assures that the fraud of box office number 2 began long before April 2014, at least on January 1, 2013, and that the fraud was 1,168,147, 69 euros, five times more than what is established by the final judgment.

Both the defense and the prosecution have questioned the use that the courts have made of this report. The defendants, on the one hand, have denounced that the report has only partially served to convict them, attempting to extend the lack of validity of the first section to all their conclusions. The prosecution, on the other hand, has also unsuccessfully denounced that it has not served to convict them of an even greater embezzlement. The Supreme Court decides that each part of the expert was made with different data and that the only thing that deserves sufficient credibility is the one relative to the month and a half court in 2014.