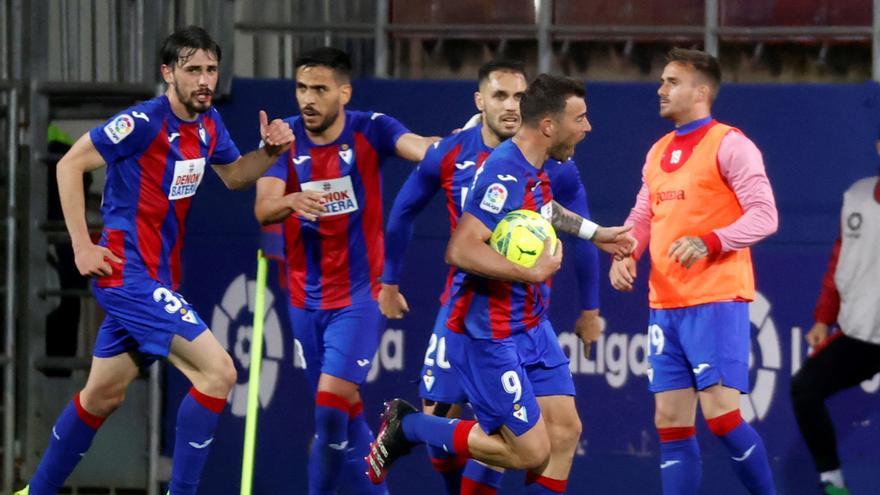 The Eibar and the Betis signed this Thursday a tie in Ipurua (1-1), which, for now, is insufficient for the Gipuzkoan team to leave the tail of the table and for the Sevillian team to secure a place to compete in Europe.

Eibar came out determined to score soon, but Betis was the team that managed to get ahead on the first play, by means of a very well placed long shot by Guarded that bounced off Atienza and threw Dmitrovic off the track, whose stretch did not serve to stop the ball. That was the first setback for Eibar, who did not expect that blow and tried to go up early, but in the first minutes Betis defended the advantage well, knowing the importance of points to ensure their European presence.

Tello warned again in the 10th minute by Betis with another long shot, which increased the gunmen’s concern. And seven minutes later, again Tello, after a good individual move, had it again with a point-blank shot that stopped well, with his leg, Dmitrovic. Betis did not walk with contemplations and Eibar did not succeed in counteracting their offensives.

It was not until minute 22 when Bryan Gil, after a good cut, launched the first shot on goal from Eibar, that Claudio Bravo stopped without trouble, in what was the first dangerous occasion for the local team. Eibar did little else that increased the pressure on Bravo’s goal, but with few ideas. Betis defended themselves with order and gave up having the ball, knowing that the marker benefited him.

Borja Iglesias, who had not appeared much, in the 34th minute had a good chance in a crossed ball, which was narrowly missed. Betis every time they generated a play, they carried a lot of danger, quite the opposite of an Eibar, who dominated, but in a totally harmless way. A muddled play ended with a shot by Rober Correa, well placed, although with little force, but at least he showed intentions. The play spurred on Eibar who soon after hooked a combination between Bryan and Kike García, which the Cuenca player headed very high.

Borja Iglesias in minute 42 headed a ball after a corner kick, which went slightly off the track, on the second warning from the Verdiblanco striker. At the edge of the break Fekir dribbled to a defender and took a shot that Dmitrovic deflected with his leg on another good visitor opportunity. Clear dominance at times of the Sevillian team in the first half.

In the second half, Mendilibar introduced a change by giving way to Recio in place of the admonished Diop. It was precisely this player who had the first opportunity after taking a free kick, but his shot hit a defender on goal. Fekir later asked for a penalty for a takedown inside the area, which the referee did not appreciate. The trend of the game continued in a similar way.

Bryan Gil began to carbure on his left wing and gave more flavor to the gunsmith game Eibar tried to play with more criteria, but they still had to finish the plays. Betis for their part began to speculate with an unbeatable score for their interests. Correa took a ball from Guarded in the 62nd minute when the Mexican was about to shoot in a very good situation.

A minute later, Exposito took a corner and Enrich headed backwards, for Bravo to take the ball from under the posts with his hand on the clearest occasion of the match for Eibar. The gunsmiths insisted in search of the tie and Betis no longer hid their intentions to let time pass. Pellegrini took Rodri and Loren onto the field and the latter in his first intervention was about to surprise Dmitrovic, on Betis’s clearest occasion in the second half, but his strong shot was stopped by Dmitrovic in two halves.

A little later a far and pumped shot from Kike García stopped him without problems Bravo, on another occasion gunsmith. Exposito had it again in the 81st minute in a good shot that went up by a few centimeters. So much does the pitcher go to the source that In the 82nd minute Enrich headed a beautiful cross from Correa well, after taking advantage of the fact that Bravo stayed halfway out, thus marking the tie at 1 goal. The bad news is that a few minutes later the Menorcan was injured and had to leave the pitch to be replaced by Pedro León. The locals tried to the end, but at least they rescued one point, which can be worth gold.

Referee: The collegiate of the Castellano Manchego Committee, Isidro Diaz de Mera. Warnings: He showed a yellow card in the 33rd minute to Pape Diop and in the 37th to Paulo Oliveira. In ’52 he admonished Rober Correa and in ’64, yellow card for Emerson.

Incidents: Match corresponding to the thirty-sixth day of LaLiga Santander played in Ipurua, behind closed doors due to the covid-19 pandemic. The shouts of the fans cheering from the outside could be heard on the field.