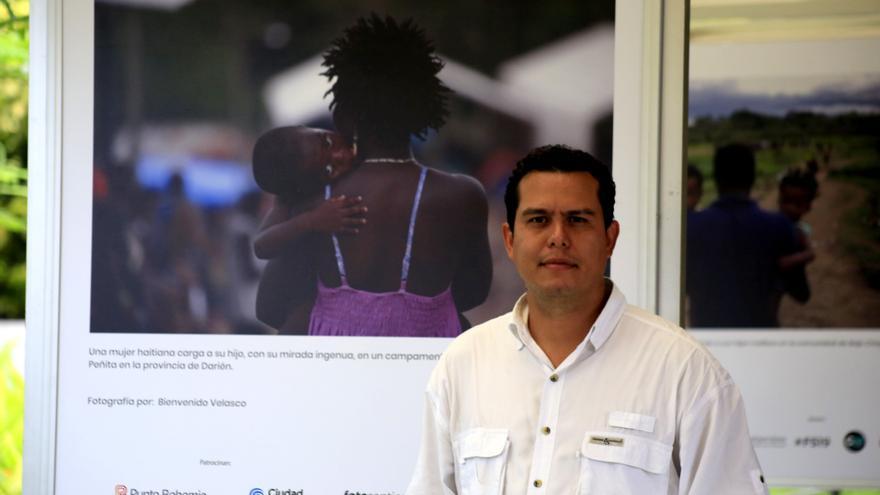 Panama City, May 20 (EFE) .- The photographer of the delegation of the EFE agency in Panama, Welcome Velasco, was awarded this Thursday with the National Journalism Prize 2021 for an image of the migrants who arrive by thousands to the country in its transit to North America.

The photo “The path of immigration in Darien” was raised as the “Best Journalistic Photography” in the XXV National Journalism Forum of Journalists Award, delivered today in a virtual ceremony broadcast by the state network SerTV.

The graph was taken in La Peñita, a small Panamanian town near the border with Colombia in May 2019, when a new wave of extra-regional migrants arrived in Panama after crossing the dangerous Darien jungle, the natural border between the two countries.

It shows an Afro-descendant woman from behind while holding her son, a boy of about 4 or 5 years old, who looks towards Velasco while sucking on his mother’s earring.

Velasco, who has worked at the EFE agency since 2018, commenting on the moment he took the photo stressed that what “most impacted him about the migrants in Darien was the tranquility of the children.”

“Seeing this woman walking towards a shelter with her son while he plays with the earring. The child’s gaze was the most shocking, since there the basic needs, at that time, were precarious, and keeping children under that system of shelters is very hard, “said the photographer.

Velasco also won the National Journalism Award in 2013, and in 2019 he won an award from the Ministry of Labor and Labor Development (Mitradel) for an image about a protest against increased imports in the country.