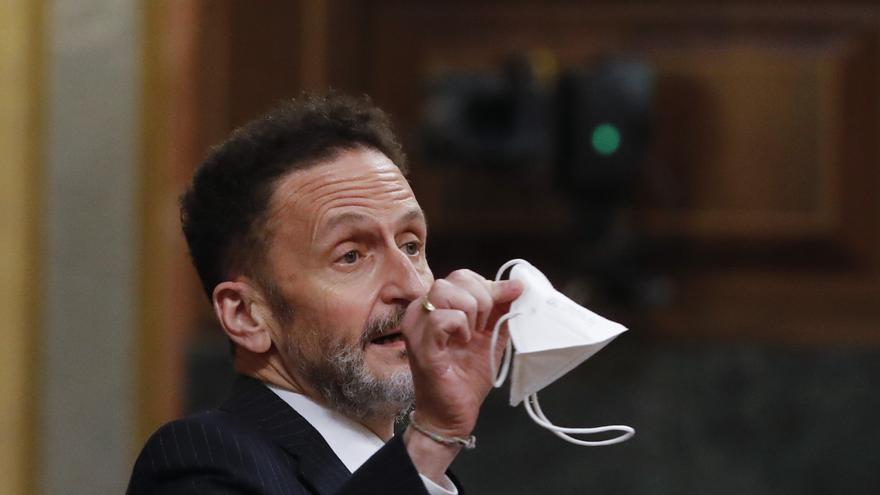 The deputy spokesman for Ciudadanos, Edmundo Bal, has sent a letter this Monday to all the spokesmen of the other parliamentary groups, except that of Bildu, in which he asks them not to give a “letter of nature” to the “outrage” and to the ” mockery “which in his opinion involves the agreed pact between the PSOE and the PP to renew the Constitutional Court, the Court of Accounts and the Ombudsman, which is voted on this Thursday in the Plenary of Congress.

“The reason for this letter has to do with the vote that will take place next Thursday, November 11, in the Congress of Deputies, namely: the ratification of the candidates appointed to relevant institutions in our country such as the Constitutional Court , the Court of Accounts and the Ombudsman “, starts his writing, to assure next line that” it is well known by all of you how the names that the deputies will have to judge with one vote are the result of a political arrangement between the Government of the Nation and the main opposition party, acting not only with its back to Parliament, but also prioritizing the criterion of political affinity over those of merit and capacity. ”

A “fix” that for Bal is “a flagrant violation of the constitutional and legislative spirit”, and “a mockery” that, he says, “has become even more evident with the recent information that appeared on one of the candidates in question” , in veiled allusion to the controversial appointment of Enrique Arnaldo as a member of the Constitutional Court.

“It is the good name of this Chamber that is in question if as elected deputies we lend ourselves to endorse this arrangement. The deputy spokesman for Ciudadanos reminds his counterparts that the Presidency of Congress” invited the groups to present candidacies for said bodies to through an official communication issued once the political distribution had already been agreed in the offices and announced with great fanfare “, which he considers” a mockery that we cannot admit “-

“That is why, in order to preserve the institutional prestige of Parliament that the pact between the Government and the PP has trampled on, I encourage all of you, as spokesmen for parliamentary groups that have seen their participation in this agreement compromised without transparency , to vote against the imposed appointments “, adds Bal, who asks that the agreement remain a dead letter in this way” at least until we can change the law to completely unlink political arithmetic from the composition of such relevant institutions. , start a selection process with transparency and that meets the criteria of merit and ability that every ordinary citizen is required in their working life “.

The letter ends by reminding the groups that they have “in their hands to prevent an outrage from being committed next Thursday in the Congress of Deputies with the approval of precisely those of us who must ensure their good name. It is in their hands that we avoid with our vote. to give letter of nature to that the political fixes continue determining the institutional operation. We are at the height “, he urges them.

Bal has uploaded to his personal Twitter account the letter in which he is inclined to open a new “meritocratic and transparent” process for the renewal of these three bodies.