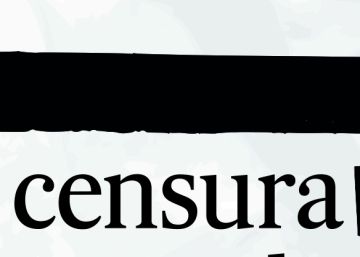 Two days ago, a prestigious writer, hidden at the end of a corridor at his desk on a popular street in Paris (popular, that euphemism) told something for which he asked for total discretion about his identity, his editorial and his book, before the departure. So this note will be about camouflaged, masked authors, publishers and editors, what problem will there be, in tune with the time. That writer, writer X, said that he made ten versions of the book that will be out soon, and that in each version what he had to do is attenuate, lower the tone of the discussion on that ideological issue of the day, racism, anti-Semitism, immigrants, da In the same way, all the subjects are submitted to the same scheme. Later, the publisher, a very educated man, and refined (and left), rebuked several of the phrases, concepts and titles that had remained despite those ten previous versions. This, is it necessary?, That other, do you think, will it not arouse resentments, hatreds, will not stir tensions? Like a tireless, sadistic surgeon over the body of a patient already without strength, obstinate in removing an organ, the editor corrects, but what corrects? He corrects with the mind of a High Command thinking of his adversaries and also his superiors or the Party, he corrects to negotiate. If the story ended there, a biography could be made of everything the published book could have been going backwards, dismantling the path of corrections and versions. Or in search of the lost book. But it does not end there, the lawyer’s reading is missing. By contract, lawyers read the final version of the manuscript and auscultate what word, what twist, what metaphor, what improper use is susceptible to a legal complaint, and in that case, they detect it, as elite dogs in train stations in the summer European. Immediately afterwards the author must correct the indicated, otherwise, the publisher does not print the book, and the book does not come out. It’s that simple.

What are the concessions that a professional writer should make at this time? What demagogues, what agenda, what ideology should it support, disguise or adhere to? Will they be even tougher in the world d’après?

The novels of some author do not enter certain catalogs because her female character enjoys her torturer or has fascistoid inclinations or, frankly, she is a non-ecologist character

In 1959, Carlos Correas publishes in the magazine of the Student Center of the Faculty of Philosophy and Letters of Buenos Aires the unforgettable story: ‘The narration of History’. Correas was 28 years old. The story is a love story, but it was read then only for its “homosexual content”; something that is also fair, in fact it was “the first” story that presented an erotic encounter between two men in Argentina. A prosecutor subjected Correas to a judicial process in which he was sentenced to six months in prison pending. And there were also convictions for the editor of the magazine. That cost Correas more than twenty years of silence, a self-imposed silence, made of guilt, confusion and fear. It was only published again in 1984. But there was no concession, no “repentance”, and the story stayed that way forever, until it was rescued, first Ricardo Piglia for an anthology, and then, with the death of Correas, it was a fundamental piece of that cursed and extraordinary author, who brought together even doses of Sartre and Genet. So perhaps writers – and publishers – should write and edit what they should and then bravely follow the consequences? That made Straps, but so did, we know, Nabokov, Flaubert or Baudelaire.

But going back to the present. Elsewhere in France, with a Latin American author we will call not to be prosecuted, author X2, the same story is heard: her novels do not enter certain catalogs because her female character enjoys her torturer or has fascist inclinations or, frankly, is a non-environmental character. Entire catalogs, editorials as ideological packages where what it is really about, is that the book, the book design, the writing, the author (and the reader) submit to a corset, to a political corral. It does not matter if that historical figure is Evita, Mata Hari or Dolores Ibárruri, they have to enter the logic of the market, sorry, they have to obey the catalog, their political design. So if any of those women were a spy, married to a fascist, or supported communist crimes, it remains to be seen if they can enter, if they will pass, paraphrasing Ibárruri.

The massive and elegant Mubi platform It tells us which scenes in the James Bond movies would be banned today. It is curious to read, because in reality what should be highlighted is “how times have changed” or even how they have improved for some injustices or inequities. Not that the improvement is the advance of this or that repression or prohibition. But perhaps it is a time when culture, as in the Middle Ages, is once again betting on repression and propaganda. History knows no progress and we know that what was a tragedy yesterday will be a farce. That what is scandal today will be mainstream tomorrow, and what was avant-garde will be demodé or the very center of the canon. Today, good consciences will then read repressed, infamous and candid texts. Texts that say what is already said, what you want to hear, without dissent or contradiction, celebratory texts of the discourse of the time. And although the authors have always faced processes for their writings, this will perhaps be the century where there will be no need, judges can rest. Self-censorship has gained ground, the SMA syndrome: acquired fear syndrome. A literary agent said it in confidence, next year after the Covid crisis, the publishers, all of them? The independent, the most combative, the most daring, the most pro-cultural diversity, the defense of minority cultures, all they just want best-sellers, readings on the sand. Best-sellers or nothing. Although these best-sellers are disguised, as announced by various publishers, of revolutionary and transgressive books. Several authors already sell their books as stories with a pandemic, ecology and feminism included. Because as always the ace of spades serves the ace of gold, and all progressive moral slogans, oh chance, contribute to the ideology of the different industries by converting themselves.