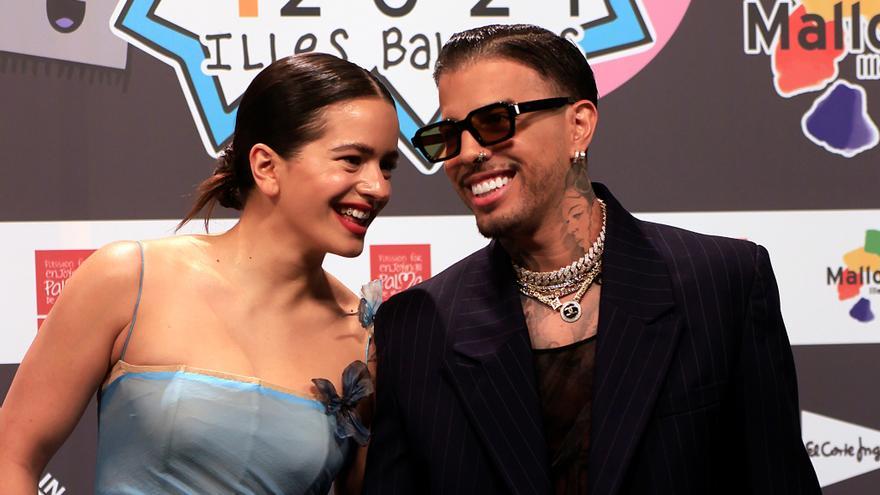 The British Ed Sheeran, with four awards, the Colombian Sebastian Yatra and the Puerto Rican Rauw Alejandro, with two awards each, have been the great protagonists at the 2021 LOS40 Music Awards gala held in Palma, a musical event that has featured numerous performances by national and international artists before a dedicated audience.

Sheeran, which has offered one of the most anticipated performances of the speculum at the Balearic Islands Velodrome, has received the awards to best international artist of the year, best live artist, song of the year award for “Bad Habits” and best video clip, this last award given by the “youtuber” Ibai Llanos and the acclaimed Rosalia.

The Catalan artist, one of the special guests of the gala, has also presented the award of best artist in the latin category to your partner, the applauded Rauw Alejandro, which has also collected the award for best song for “Todo de tí”.

The Colombian Sebastian Yatra, which as Ed Sheeran started as one of the favorites with four nominations, has been chosen Artist of the Year in the Latin International Category, and his work “Couple of the Year”, together with Myke Towers, has received the award for best video clip.

In addition, Argentina Nicki nicole has been recognized as revelation artist in the Latin international category.

Between applause Dani Martín has collected the award for best song of the year in Spain, a recognition that has ensured that it was not expected: “Last year they gave me a Golden Music Award and I believed that that was enough. I feel very lucky, thank you from the bottom of my heart ”.

The malagueño Pablo Alboran, which has received the award to best album of the year for “Vertigo”, has dedicated the award to health workers for their work in the fight against covid-19 and has recognized the difficulties in releasing this album in the midst of a pandemic.

Along with a large teddy bear, the Spanish Marc Seguí, chosen revelation artist of the year, has offered an “a cappella” version of “Tiroteo”, one of his best-known songs and that has enjoyed the warmth of the public.

The listeners of the station have chosen the malagueña Ana Mena as her favorite artist on the list from 40 to 1, a program presented at LOS40 by Tony Aguilar, one of the masters of ceremony along with Dani Moreno and Cristina Boscá.

Dani Martín, Aitana, Lola Indigo, Ana Mena, Rocco Hunt, Griff, Beret, Álvaro Soler and Álvaro de Luna have been some of the artists who have performed live before an audience that sold out just two hours after they were put on sale.

There has also been a special mention for the Mallorcan tennis player Rafael Nadal, which has received the Golden Music Award by Rosalía, who has highlighted his sporting career and the solidarity actions he has promoted in recent years, such as collecting funds during the pandemic and his volunteer work during the floods in Sant Llorenç des Cardassar in October 2018.

The band Men G, whose performance opened this year’s gala, has also received the award Golden Music Award awarded by the station for his professional career.

The Palma Congress Palace has been the setting chosen for the red carpet prior to the gala, where some 80 artists and numerous guests from the fields of culture, sports, fashion and society have walked, with the couple formed by Rosalía and Rauw Alejandro as the main protagonists.

Among the guests at this musical event were also Vanesa Martín, Dvicio, Blas Cantó, Fabbio, Nyno Vargas and the former participants of Triumph operation Natalia Lacunza, Alfred García, Miki Núñez and Agoney. Everyone has agreed that this gala was going to be like a reunion after the pandemic.