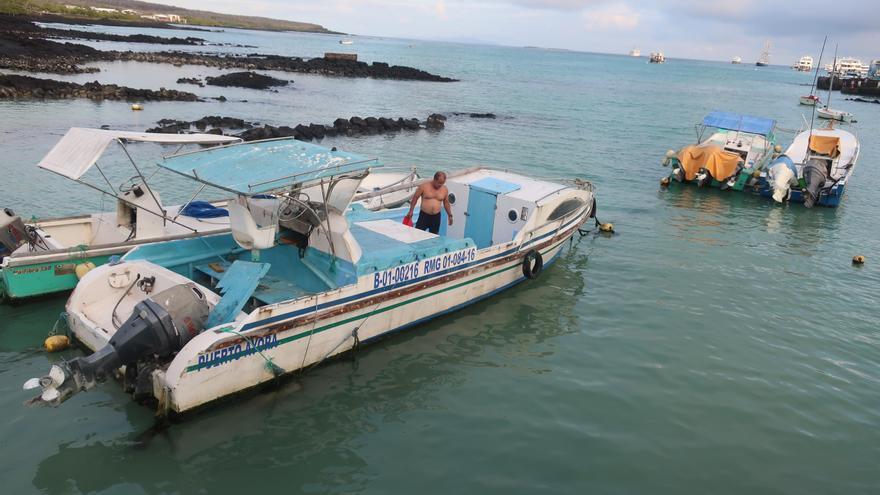 Puerto Ayora (Ecuador), Jan 24 (EFE) .- The Third Ecuadorian Fisheries Summit, which concluded this Sunday on the island of Santa Cruz, has focused on the Galapagos archipelago, where sustainability was analyzed as the backbone of this productive activity.

Distributed in two days of deliberations at the Puerto Ayora Sports Coliseum, local fishermen, representatives of large industry, scientists and authorities have addressed how the activity can be strengthened without damaging the environment, as well as the consequences of the climate and bad practices in a unique marine ecosystem in the world.

As a background for the meeting, a proposal made by a conservation group to double the protected area for industrial fishing, which is currently 40 miles, has highlighted the conflicting positions between the fishing sector and the environmental sector.

The tuna sector, with the productive chain that it entails, is one of the most powerful in the country and is authorized to fish within the 200-mile insular Economic Exclusion Zone (EEZ), while artisanal activity is limited to 40 nautical miles since 1998, when the Galapagos Marine Reserve was declared.

This is considered a hotbed of young tuna specimens, which when they grow up migrate beyond the insular perimeter, so they are at the mercy of the large international fishing fleets, with which the Ecuadorians have to compete.

“The tuna for Ecuador represents 46% of the catches in the Pacific”, highlights to Efe Luigi Benincasa, executive director of the Ecuadorian Tuna Boat Association (Atunec).

The country is among the top four powers in the ranking of tuna production worldwide and is one of the main non-oil export products, generating around 1,600 million dollars a year.

The one in Galapagos, Benincasa points out, “is our best fishing ground and here we can only fish the Ecuadorian fleet because outside of 200 miles we have to compete with all the fleets in the Pacific. It gives us approximately 100,000 tons of tuna per year.”

Given the warnings made by some speakers that overexploitation is taking place in high seas fishing, Benincasa assures that this is done “responsibly, we fish in a sustainable way and we have a traceability of all products and boats”.

Representatives of the large Ecuadorian fishing industry have wanted to support the local fishermen’s unions, which have been managing for three decades to carry out an activity with the minimum ecological impact, which is not always fulfilled, according to specialized biologists.

But unlike the large vessels that are monitored by the Ecuadorian Navy outside the EEZ, especially after a Chinese-flagged boat was located in 2017 with 300 tons of fishing, among which there were two species of shark considered vulnerable, fishing Minors are barely monitored, conservationists denounce.

The director of the Tuna Association, like many artisanal fishermen, assures that to date they are not aware of a study that analyzes the fishing impact at all levels in the waters of the archipelago.

“We do not agree with prohibiting because it is prohibiting,” Benincasa says about the proposal to extend the limitations on fishing beyond the current limit, where, for example, the longline modality is prohibited.

“The fishing sector in Galapagos plays an important role, my son has the right to continue the activity,” says Gabriela Cruz, the president of the National Federation of Fishing Cooperatives of Ecuador (Fenacopec).

He criticizes that local fishermen cannot fish with “the appropriate fishing gear”, and assures that they are the object of persecution.

The researcher and marine biologist Mauricio Castrejón is the author together with some twenty scientists of a report that collects all the ecological evidence and the distribution, migratory routes of the species and fishing information.

The problems that affect the archipelago, he indicates, are varied, such as illegal fishing, the entry into restricted areas of smaller vessels that are not detected or the growing increase in fish aggregating devices, such as rafts, which have the function of attracting fish. the tunas.

Castrejón released a proposal at the summit that seeks to “protect areas that are not of high biodiversity but of little importance for fishing, leaving free the areas where the largest tuna catch is concentrated, within the exclusive insular economic zone of Ecuador”.

The initiative, however, does not please the Galapagos fishermen, who question the investigations and accuse the large tourist boats of destroying the seabed, which undermines their activity.

Despite all this, the meeting was a space for dialogue and sharing of different perspectives in order to establish a consensus between the unions and the industry on the one hand, and the local authorities and the environmental sector on the other, which for the moment go far.

In 2019, the entire island territory and the marine reserve were recognized as a Biosphere Reserve by UNESCO, a territory that covers 14.6 million hectares, making Galapagos one of the world’s largest marine areas of international importance.

Located about a thousand kilometers west of the continental coasts of Ecuador, it is made up of thirteen large islands, six smaller ones and 42 islets, and its rich biodiversity allowed the English scientist Charles Darwin to develop his theory on the evolution and natural selection of species.