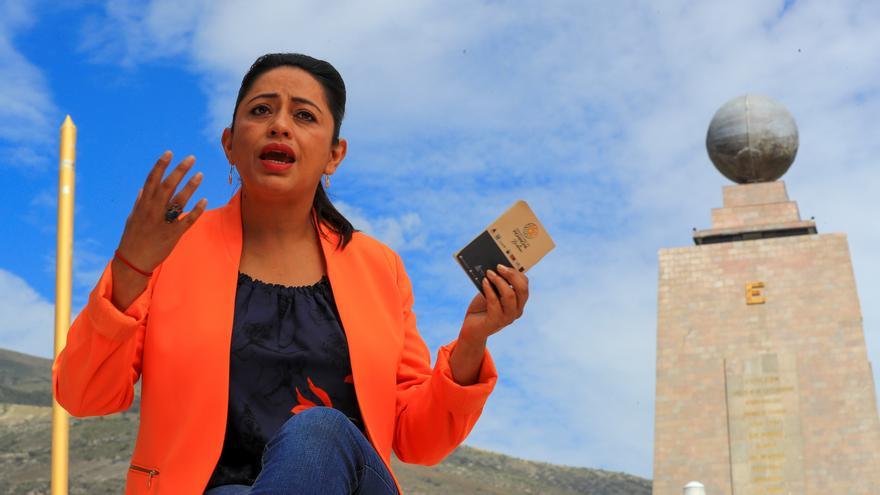 Quito, Jul 18 (EFE) .- The Prefecture of the province of Pichincha, in the north of the Andes of Ecuador and whose capital is Quito, tries to get rid of the covid-19 to start showing its “World in the Middle of the World “, a tourism initiative for the post-pandemic.

The prefect of Pichincha, Paola Pabón, explained to Efe that this initiative wants to bring together several of the most important tourist attractions in the province in a single proposal.

AN ANDEAN “CLOUSTER” TO REACTIVATE TOURISM

This “clouster” brings together the Mitad del Mundo citadel (where the monument to the equinoctial line is located), the archaeological ruins of Cochasquí (pyramids of native peoples), the Jerusalem National Park (an Andean dry forest) and the Yunguilla reserve (a humid forest) that covers a sector of the Andean Chocó, all of them north of Quito.

And it is not that there are no more sites of tourist interest, which are in abundance in this area rich in landscapes, legends and colors, but the proposal tries to combine them in a single promotional package for the enjoyment of visitors.

The objective is to “reactivate tourism” through “alliances between the public sector, the community and the private sector”, to offer quality services in times of pandemic, which means “open-air tourism”, said the prefect .

The initiative has already received its first recognition from the National Tourism Fund, which placed it in the first place “as a proposal for the reactivation of tourism in Ecuador.”

The Prefecture of Pichincha also plans to promote its tourism initiative among Latin American countries, and by October it is expected that “El mundo de la Mitad del Mundo” will be offered to the public in Colombia.

Mexico is also in the plans to promote the tourism proposal that seeks to “place Pichincha as a safe tourist destination, with bioseguria standards” and care for visitors who will have, above all, “free space,” Pabón remarked.

For July of next year the already famous “bird watching” is also being prepared in the town of Mindo, a humid forest of the Chocó Andino that is a paradise for ornithologists, but which in this next edition will allow visitors to define the flagship bird. of the province of Pichincha.

The promotion already sees the horizon of the post-pandemic and therefore the Prefecture of Pichincha plans for December of next year that the “World Hot Air Balloon Encounter” will arrive in the Middle of the World.

According to Pabón, actions have already been coordinated with international companies so that this area of ​​Ecuador is placed on the map of the new meeting, which is part of “the logic of post-pandemic tourist reactivation.”

The prefect (popularly elected authority of the province) assured that after the tragic period of the pandemic, which began at the beginning of last year, the tourist income generated by the entity under her charge was almost nullified.

Only the Middle of the World citadel received about 600,000 visitors a year, a volume that was extinguished with the pandemic and its aftermath, although it has already shown signs of recovery, as vaccination plans and relaxation of the restriction measures have advanced. mobility.

In the last quarter “we have already reached 100,000” visitors, which has allowed to “give oxygen” to the administration of this site that had to be subsidized for many months, explained the authority.

In addition, it is expected that by the end of the year “a wave of tourism” will appear in the world, which will have to be used in the reactivation of the sector in the country, the prefect mentioned.

But he insisted that in times of pandemic and post-pandemic the goal is to provide an offer of “open-air” and “quality” tourism.

“Pichincha in the open air offers that” and it is enough to see the Mitad del Mundo citadel or the Cochasquí archaeological park to understand that tourist activities can be carried out without fear of the disease.

THE PASSPORT OF THE “WORLD OF HALF THE WORLD”

Furthermore, the proposal offers the free delivery of a “passport”, a symbolic document in which the visitor can register their passage through the different places of interest and receive benefits from their experience.

Likewise, the Prefecture prepares areas for camping in the open-air places of visit, but under a “luxury” offer, with high quality services, for example in Cochasquí or the Jersualén park, about 60 kilometers north of Quito. .

There the tourist can share with nature and its charms, but also with the universe, due to the spectacular cleanliness of its atmosphere, which on starry nights offers a unique image of the Milky Way.