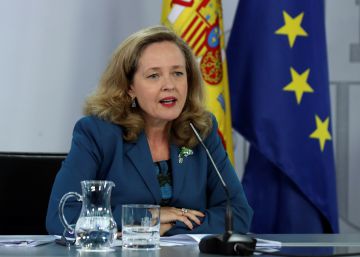 The Ministry of Economic Affairs and Digital Transformation will ask the European Central Bank (ECB) for a report on the merger between Bankia and CaixaBank and, once it has the conclusions of said report, it will be Economy who has the last word on the operation, according to sources financial consulted by Europa Press.

The role of the ECB in a merger depends on the regulations of the country or countries in which the merging entities have their headquarters, since these types of operations are not regulated in European law, but in national law.

If the law of the country in question grants powers to the national supervisor in this regard, the ECB exercises those powers in the case of mergers of significant entities that it directly supervises.

In any case, the ECB must approve acquisitions of qualifying holdings in credit institutions when they equal or exceed 10% of the bank’s shares or voting rights or exceed the other relevant thresholds (20%, 30% or 50%). .

In this way, the entity that intends to acquire a qualifying stake must notify the national supervisor, who together with the ECB evaluate the proposed acquisition in accordance with the criteria established in the Capital Requirements Directive (reputation of the acquirer and experience of the proposed managers, solvency of the acquirer, impact on the entity and risk of links with money laundering or terrorist financing).

“In principle, the ECB has no preferences in relation to size and does not discourage institutions from becoming larger,” explains the ECB, although it recalls that for institutions “too big to fail” there are internationally agreed rules that require buffers of additional capital and / or loss-absorbing capacity for large and systemic entities.

Spanish legislation places the last word on an operation of these characteristics in the Ministry of Economic Affairs, which must ask the ECB, as supervisor, for a report. In any case, the role of the ECB may become more relevant depending on the structure of the operation.

The ECB’s Supervisory Board announced in July that it will “facilitate” the consolidation of the eurozone banking system through the use of its supervisory tools, thus not requiring higher capital requirements from entities arising from a merger.

Thus, the “sustainable” consolidation projects will have initial capital requirements equal to the weighted average of the Pillar 2 requirements of the entities to be merged.

As a precaution against the evolution of the crisis, the ECB decided in July to extend until January 1, 2021 its recommendation to the banks not to distribute dividends and not to repurchase own shares to preserve the capital of the entities, thus increasing by three current restrictions, in force since last March.

However, the ECB indicated that it will review whether this position is still necessary in the fourth quarter of 2020, taking into account the economic environment, the stability of the financial system and the reliability of capital planning.

Airef estimates that spending on pensions will raise public debt by more than 600,000 million until 2050