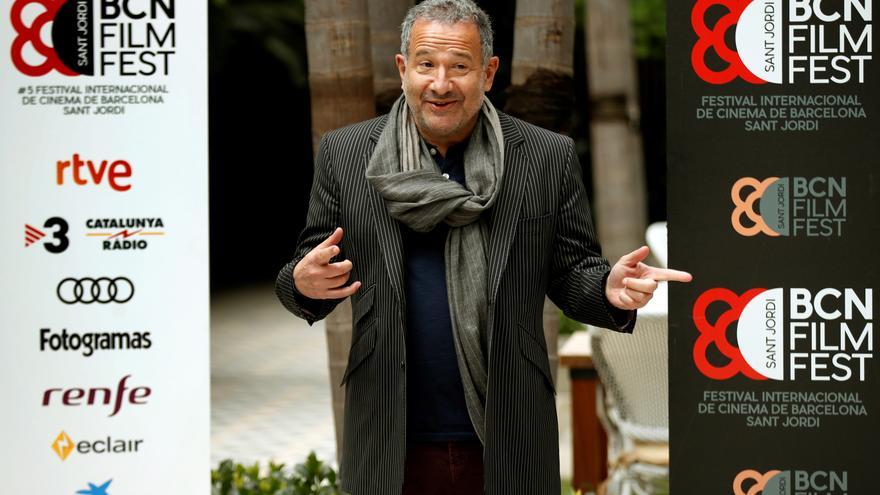 Barcelona, ​​Apr 23 (EFE) .- American filmmaker Steven Bernstein investigates the causes that led to the premature death of the Welsh poet Dylan Thomas in his film "Last call", with which he wanted to "reconstruct the last hours of the last poet who he lived like a romantic and anticipated the pop stars. "

Bernstein, who has presented "Last Call" at the BCN Film Fest, said in an interview with EFE that he decided to make the film because "Dylan Thomas is not only a myth in Wales, but he is also a legend in the United States." and also attracted him "by the position that the last great lyric poet occupies before the change with the poets of the beat generation, who entered less in beauty and more in the real world".

Added to this is Bernstein's interest in Bob Dylan, who took his name from the Welshman, and a certain autobiographical parallel: "Dylan Thomas represents my own life when I was young and I had a self-destructive period, also linked to art."

The film is set in 1953 in New York, when the Welsh poet is on tour and the recitals he offers captivate the public, they are the last days of the poet until one day, in the White Horse tavern, according to legend, he drank 18 whiskeys double. His fantasies, his memories and an uncertain present merge into a wild and surreal farewell to the world.

He was seduced by the poet that "someone with so much talent was unable to find something that attracted him in his ordinary life, and he not only destroyed himself, but also many of the people around him who, despite of everything, wanted ".

The filmmaker is aware that this fascinating story, "that desire for death and that self-destructiveness is very present", but Bernstein has never been sure why.

The film is narratively articulated around those supposed last words that he uttered before he died from the achievement of having drunk 18 double whiskeys in a row.

"I had heard the myth and I do not know if it is true or not, but although it is not intended to be a biographical film, I thought that someone who decides to drink for an entire day has a specific intention and it is probably not to lead a healthy and long life. to an artist and an intellectual at the end of his career, it seemed logical to me to make an analysis of his life experiences, looking for meaning ".

Bernstein believes that "Last Call" conveys the feeling that Dylan Thomas was "a person looking for meaning, looking for a reason to continue living", which would break with the suicidal theories that have been attributed to his death.

The director expresses his surprise that no one explored that moment of the 18 whiskeys: "Someone who drinks and gets drunk to death is in a moment of crisis, but also of change; and since there is no evidence of what he said, I thought it was an opportunity to create what such a sensitive person could have said. "

In his view, "the people who romanticize the world the most, such as Dylan Thomas, Lord Byron or the pop stars, are the most self-destructive, as if their expectations were so high that their disappointment runs deeper and, on the contrary, perhaps ironically the happiest people are the cynics, because they have low expectations and are never disappointed. "

Bernstein, who usually works as a cinematographer, has combined black and white and color in this film to illustrate, respectively, the scenes at the bar and in poetic recitals, on the one hand, and "his imaginary world, the one that he would have wanted to live, that of his childhood in Wales and his imperfect marriage. "

The film also deals openly with the theme of the poet's abandonment of his family, something that "surprises because of how needy he was and because of his humanity."

"Last Call" also evokes the success of the public that Thomas had: "Today the musicians have taken their place and fulfill the same symbolic function in the culture, those collective sacrifices that they make. The lives that we would like to live but without their fatal consequences. Dylan Thomas was the model for later pop stars. "

Bernstein was clear that as "the Welsh have a specific way of speaking, very musical, and Dylan Thomas is idolized in Wales, his interpreter had to be Welsh to understand the sensitivity of the character and the style of speech."

Although it is "terrifying" for a Welshman to play Dylan Thomas because "the whole country is going to judge you", he finally accepted his first choice, actor Rhys Ifans, later joined by John Malkovich in the role of doctor who He also ended up as a co-producer of the film.

After this film, Bernstein is now preparing a television series in Greece about Lord Byron and the Greek revolution. "I am taking over the market for self-destructive poets who die before 40", jokes the filmmaker, who also had an interest in the past by filming Lorca's life, he confesses.