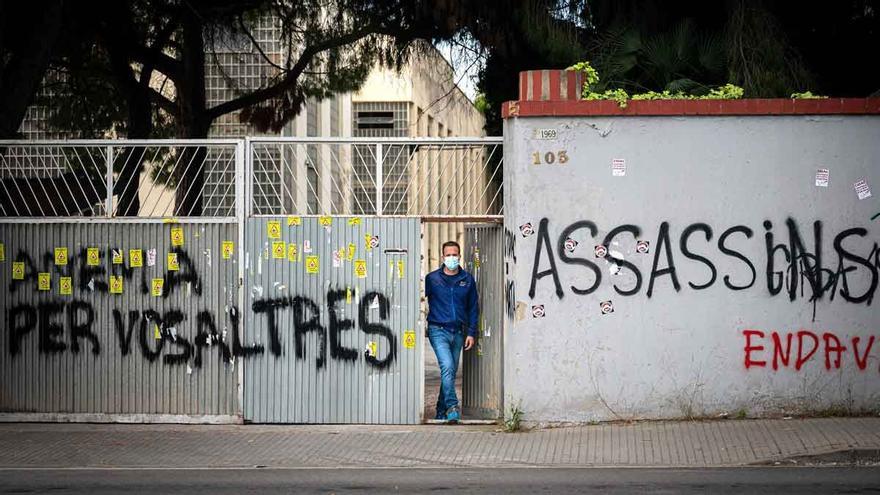 In Spain two people die every day as a result of work accidents. After falling from a scaffolding, the tractor they were driving overturning or after suffering from cancer derived from exposure to a toxic product, among many others. A total of 705 people lost their lives at work or going to and from work during 2021according to data updated this Friday by the Ministry of Labor. A scourge that does not stop, that although it goes down when the economy contracts, it then shoots up again when the bonanza recovers and that in the last 20 years has accumulated 21,280 fatalities.

In Spain, two people die every day as a result of accidents at work. People like Xavi, uA 19-year-old boy who lost his life on April 30 when he was swallowed by one of the Cidac company machines from Cornella. Machines that the owner had in a state of "permanent risk" for the worker in order to save money. Or Víctor, he was 18 years old and 12 days after going to work he was also caught by another machine, without having received prior training or proper work clothes, according to the family's complaint.

lack of labor inspectors to mark employers more closely in this way is a repeated complaint by the unions. A body that has 2,005 troops throughout Spain, according to the last report of 2020, for a working population of around 19.8 million workers. That is, it touches 1 inspector for every 9,875 workers. The plants also insist that the fines are not high enough to be dissuasive, especially in the event that there is no fatality. "Inspection Rooms [de Trabajo] and many times the company tells you that it prefers to pay the penalty. Many times they are derisory", affirms the person in charge of occupational health of UGT-FICA, Antonia Fuentes.

And in the event that the accident ends with a death, the sanctioning capacity of the Inspection is also limited. In the case of Xavi's death, in Cornellà, the amount imposed on the company was 328,460 euros for a human life. To which is added a slow justice: 10 months after the accident the case has still not been tried.

The chances of having an accident or not depend on the prevention that companies previously carry out. "There is a massive outsourcing of risk prevention services," says the head of occupational health at the CCOO of Catalonia, Mònica Pérez. This is corroborated by the latest report from the Generalitat on this issue, which indicates that 94.9% of the companies that perform maintenance on their facilities do so through a third party. And only 25% of the risk prevention plans are adapted to the specific needs of the workplace evaluated. Most use generic protocols.

"The awareness campaigns are not working because we continue with the same rates for years," says Fuentes. The Generalitat for this 2022 is preparing one. “There are companies that systematically fail to comply with the minimum prevention measures. During the pandemic, fatal accidents increased”, insists the person in charge of UGT. As data: 2020 was the second worst year of the last decade. All this contributes to Spain having an accident rate 1.5 times higher than the European Union average, according to data from Eurostat.

The Generalitat involves employers and unions

The Department of Labor approved and launched last year the Catalan Occupational Health and Safety Strategy, an action plan that seeks to involve employers and unions in minimizing accidents. The Generalitat relies on social agents to make up for the lack of hands and to be able to reach a greater number of companies –especially in a country of SMEs-. As well as making them co-responsible for the challenge of reducing the current accident rates, which have hardly changed in the last decade. For this, it has a specific budget of two million euros annually for specific projects proposed by employers and unions.

One of the projects that the Catalan Administration has reinforced is one in which the Department's technicians review the data on casualties or accidents and identify anomalous peaks, in order to subsequently visit said company and try to analyze the reason for them and thus minimize them. It also promotes online training courses for self-employed workers. Another initiative that the unions propose to him, and that from Labor they see with good eyes, is the creation of a sectorial delegate. That is to say, a designated figure from unions or employers who visits companies -especially small ones- to verify that they comply with prevention regulations. And in case of detecting irregularities, make it known to the company and report it.