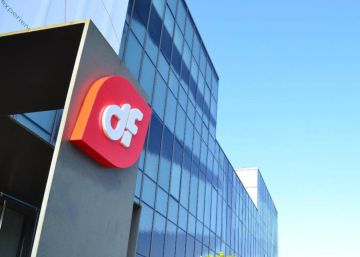 Duro Felguera looks like he will become one of the first firms to launch the rescue fund created by the State Society for Industrial Participations (SEPI), and approved in the Council of Ministers yesterday.

The Asturian company today holds a board of directors which will address the decision to formally request the rescue of SEPI, or what is the same, the entry of a state participation in its capital, according to several sources familiar with the situation of the signature.
The objective of the engineer is to formally request this direct injection of temporary capital in a generic way, so that it is SEPI itself that decides how to carry it out, and if it is the route that the firm needs.

SEPI already knows the intentions of Duro Felguera since last Friday it already sent the CNMV a relevant event announcing these intentions.

The objective is to request SEPI’s entry into the capital, for which it has to claim more than 25 million euros, as the new rescue fund regulation says. Despite everything, Duro Felguera’s project is for the State to have a minority stake in the capital of the company, and to limit it to a period of three years.

In addition, the firm has the objective of carrying out a capital increase of just over 80 million euros, in which it expects SEPI, the bank through the conversion of its debt into capital, other interested shareholders, and even the Principality of Asturias, as a positive gesture towards the company. The wish is that the State has about a third of the company’s capital.
The same sources insist that they will also ask the Official Credit Institute (ICO) for help between guarantees, and a bridging loan.

This objective is not new. The Duro Felguera team already asked the bank about two months ago to request a loan with an ICO guarantee for an amount of 50 million euros. Back then, the creditor banks rejected the idea since they considered that Duro did not meet the requirements demanded by the Economy and the Bank of Spain to grant these guarantees, created for liquidity needs due to Covid. In addition, they maintained that their equity situation at the end of 2019.

The creditor banks consider that the crisis of Duro Felguera is not related to the Covid, and it is prior to December 2019. Now, the Government has changed the guarantees to give liquidity, to guarantees to give investment directly through the banks, for a total amount of 40,000 million, in addition to the 10,000 million approved yesterday by the SEPI rescue fund.

The company assures that Duro Felguera has good plans for the future, although it acknowledges that the legacy of the past, with badly negotiated and poorly managed contracts, has left the box empty. To this, there is a series of lawsuits that are pending with the courts, including with the Treasury, and with the previous management of the company, which has already been admitted for processing.

But in Duro Felguera they are convinced that the firm is viable, and its problems, with guarantees and after Covid, has a future. In fact, this is one of the arguments presented to SEPI to grant them aid, its strategic position in its business segment and its strategic position in Asturias. In addition, they consider that with Covid they have lost business and opportunities.

Last May, still in confinement, Duro Felguera proposed to the creditor banks to buy back their debt with an 85% discount, but the offer has never been proposed again. Either way, banks would be delighted if the State participated in Duro Felguera.

ERTE. Duro Felguera’s problems have also affected his senior leadership, with the division of three managers in recent weeks. In addition, Asturian society has a workforce of 1,100 employees, which could ultimately be reduced through an employment regulation file (ERE), although it would previously implement other measures to reduce costs, such as a temporary regulation file for employment (ERTE), as it currently has.

Indra’s example. In Duro Felguera they have taken a reference from another company with also public capital in their shareholding. Indra, in which SEPI controls 18.75%.

Cryptocurrencies, a new way of interacting with money